In the opening minutes of the Olympic women’s gymnastics team final, American Simone Biles planned to do one of the world’s most difficult vaults, requiring her to twist her body two-and-a-half times in midair. 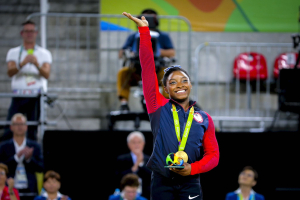 But as soon as her body launched from the vaulting horse, it was clear something was wrong. Instead of twisting like usual, Biles hung directionless in the air, a passenger on a high-speed ride she no longer controlled. She landed—and then numbly stepped off the runway.

Watching Biles’s story unfold, it was impossible not to think of another seminal Olympic vault from another era. In the Atlanta 1996 team final, U.S. coach Bela Karolyi ordered gymnast Kerri Strug, who’d crushed her ankle on a bad landing, to get up and vault again. “You can do it!” Karolyi barked, part exhortation, part command. Strug propelled her body over the horse, saluting the judges before collapsing in pain.

A quarter-century after Strug’s infamous vault, Biles—facing a similar pivotal moment— made a completely different decision: She opted out entirely. Her body, she later said, felt decoupled from what her mind was telling it to do, so to ensure her safety and well-being, she scratched from the gold-medal final.

“It was like, you know what, I don’t want to do something stupid, get hurt,” she told the press. “It’s not worth it.” She said she was inspired by tennis player Naomi Osaka, who withdrew from the French Open in June to protect her mental health.

The culture change spurred by athletes like Biles and Osaka will have ripple effects far beyond the playing field, says Dr. Colleen Hacker, an exercise scientist and mental skills coach at Pacific Lutheran University—even in our own lives, if we’re open to the possibility. Biles’s decision to prioritize her well-being over medals and accolades, Hacker says, “may be one of the most heroic moments of these Olympic Games.”

Winning at all costs?

For decades after the Atlanta gymnastics team’s gold medal, the nation lionized both Karolyi and Strug—Strug for gutting it out, Karolyi for bearing down to squeeze the most out of her. Every news clip, every retrospective, had the same subtext: Putting your body and mind on the line to clinch the win was the ultimate power move.

Then, subtly at first, the momentum began to shift. In 2019, quarterback Andrew Luck left the National Football League at the height of his powers, citing a desire to preserve his health. Osaka left the French Open with no lasting regrets. And then, most explosively, came Biles, the greatest gymnast of all time, saying she valued her safety and mental health more than any medal.

“I know we talk about mental awareness a lot lately, but to see it happen, in front of us and not behind closed doors, is huge,” former US gymnast Vanessa Atler wrote after Biles pulled out of team finals.

These athletes’ choices are fueling conversations about where selflessness—whether in service to one’s sport, country, or company—morphs into pernicious self-denial. The Bela Karolyi mentality of the 1980s and 90s, and the way it fetishized sacrifice, thrived in a broader culture where most people were considered replaceable cogs in larger systems. Can’t hack it in competition? Go home. Can’t deal with your sadistic boss? Make way for the seat-filler behind you.

That seems to be changing. High-profile athletes like Luck, Osaka, and Biles are rejecting the idea that we should forfeit well-being to win competitions or get promoted. In fact, research lends some support to their position.

In one Fuller Theological Seminary study, competitors with a win-no-matter-what philosophy had lower levels of life satisfaction than their peers and higher levels of anxiety and depression. By contrast, athletes who had a strong sense of purpose and a belief that life was more than competition reported the highest levels of well-being, independent of their results on the field.

Individual rebellions are important—but focusing on a few star athletes can obscure the degree to which they, and we, are the products of systems that shape our choices and behavior. Whether you’re a gymnast, a physician, or a restaurant manager, the structure you’re part of is engineered to help you achieve certain goals. 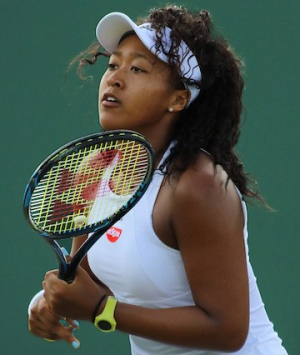 University of Melbourne sport researchers have developed a systems model that illustrates how the so-called “macrosystem,” the broader landscape of national sports culture, informs the culture within sports like gymnastics. This in turn forms the foundation of the athlete-coach relationship and the decisions an athlete makes.

American gymnastics was ruled for decades by Bela Karolyi and his wife Marta, who fostered a win-at-all-costs culture. In recent years, gymnasts broke ranks to describe an atmosphere of rampant verbal, emotional, and sexual abuse. Repudiating the Karolyi ethos seems to have evened out the power balance between individual athletes and coaches.

In this newer, less hierarchical training setting, Biles felt empowered to speak up and to act on her own best interests. “Four or five years ago, that definitely wouldn’t have been the Simone,” she reflected. “I would have gone out there and did whatever.”

Similarly, individual flourishing in the corporate world is nested within a broader cultural context. In a Norwegian Business School meta-analysis of 72 studies involving more than 80,000 participants, employees reported their well-being was higher in organizations that featured mentoring or other human resources programs to support their health and performance. If your work environment doesn’t meet this standard, you’ll likely have a tougher time asserting your needs in a high-pressure situation.

Still, no matter the health of the system you belong to, protecting your well-being doesn’t have to mean avoiding uphill paths that leave you worn out but ultimately fulfilled.

It can be gratifying to suffer pain, discomfort, and anxiety, so long as the choice is yours—and is aligned with your own purpose. Students who reported significant “positive stress” in a Pitzer College study—feeling challenged, but also engaged and capable—enjoyed high levels of life satisfaction.

In this ideal scenario, self-realization and self-transcendence become one and the same. As Biles realized, it’s when there’s a mismatch between internal purpose and external, systemic demands that a choice to opt out becomes critical.

High-level athletes’ opt-out decisions present a challenge to leaders of the particular systems they inhabit. When someone asserts that something’s not working, whether within the system or within herself, how should leaders react? How should they respond when she states that doing what the system requires means sacrificing essential parts of herself?

Hearing people’s concerns and making needed changes is a good first step. But Linda Mitz Sadiq, an organizational coach at the Wellbeing Project, urges leaders to go further by actively inviting team members to share their input—and openly stating the goal of promoting a healthier environment.

“When leaders and staff learn to stand together in their own humanity and create a culture of well-being,” Sadiq wrote, “they’re more equipped to fulfill their mission.”

Joe Dulin, founding principal of an alternative public school in Michigan, long embodied this approach by seeking out honest feedback from staff and students and stressing that he valued their contributions. “Tell me the truth,” he often encouraged them.

Responsive stances like this shape a system where people feel safe putting their mental and physical health first. Despite facing a great deal of resistance and condemnation, athletes who’ve put their health first have also received a steady stream of support. This outpouring “has made me realize I’m more than my accomplishments and gymnastics,” Biles wrote, “which I never truly believed before.”

It’s a mark of continued growth that millions of people have reflected these athletes’ worth back to them—and that those same millions are now setting new terms to guard their own well-being, whether on the playing field, at school, or in the workplace.

“You may not realize it for a few years,” one of Biles’s Twitter fans wrote to her, “but you just saved lives.”