I’m of a certain age when things seem to disappear a lot. Keys, glasses, my cell phone, a favorite sweater. I put them down somewhere, and, hours later, I can’t remember where that somewhere is.

My memory—in particular, my short-term or “working” memory—is not at its peak. This is likely due in part to what researchers call “proactive interference,” where prior memories interfere with your ability to retrieve more recent information from your memory banks. 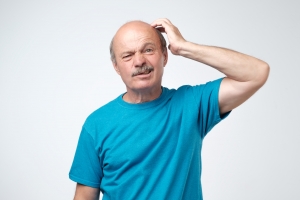 Short-term memory can be a particular challenge for older people and people suffering from mental illness. But a recent study found a simple way to potentially reduce the impact of proactive interference: mindfulness training.

Participants were randomly assigned to either a four-week online mindfulness course or a creative writing course. The mindfulness group spent two weeks learning to focus on their breath or body sensations and two weeks learning “open monitoring,” being aware of what was happening around them and gently redirecting their attention when their minds wandered. The creative writing group wrote short essays in response to photos or text, practicing two weeks of journalistic-style writing and two weeks of academic writing.

Before and after the training, participants completed a memory test: They first saw a set of letters appear on a screen and, after a few seconds’ break, they saw a single letter and had to determine if it had been part of that set or not. As the task is repeated multiple times, seeing a letter in an earlier set can interfere with the ability to recall whether the letter appeared more recently, giving researchers a way to measure proactive interference. In addition, some participants were scanned via MRI before and after the training to look for changes in the volume of their hippocampus—an area of the brain associated with memory.

Results of the analyses found that the mindfulness group had significantly less proactive interference during the memory test compared to the writing group, indicating an improvement in short-term memory.

“When you try to learn something new, it’s difficult to do it because you have all these past memories that interfere,” says the lead author of the study, Jonathan Greenberg. “It makes a lot of sense that mindfulness might improve that, because the tendency to attend to the present moment is a core concept of mindfulness.”

In the mindfulness group, the better people performed on the memory task, the more their hippocampus volume increased, too. This was particularly significant, according to Greenberg. While prior research has found that mindfulness meditation improves short-term memory and that meditators have bigger hippocampi, this is the first study to link the two findings together. In other words, the improvements in interference weren’t transitory, but led to actual structural differences in the brain.

“We know that mindfulness is efficacious in a lot of ways, but we don’t know a lot about how it works,” Greenberg says. “It’s helpful to see that changes in the brain correlate with actual changes in cognitive performance, so that the more your cognition improves, the more your hippocampus changes.”

The hippocampus growth in the mindfulness group was small, though, not enough to be significantly different from the creative writing group’s. Greenberg believes this could be explained by how brief the training was, since prior research documented hippocampus growth after eight weeks rather than four.

While this study involved healthy 18 to 50 year olds, Greenberg speculates that mindfulness could be useful for treating people who may have memory problems and concurrently smaller hippocampi—for example, older adults or people suffering from depression, past childhood trauma, or post-traumatic stress disorder. And, since short-term memory is often important for other cognitive functions—including executive functioning and problem solving—he thinks his study could help explain why (according to other research) mindfulness is good for our cognitive health.

Greenberg says that all of us forget things sometimes—where we left items or why we went into a room—so reducing interference could be useful to anyone, really.

For someone like me—who frequently loses things and has a parent who died from dementia-related disease—the results certainly sound promising. With a little meditation, I might save a lot of time in fruitless searches for lost keys.