The conflict in the Darfur region of western Sudan has displaced at least two million people over the past four years.  International aid groups estimate that it has killed anywhere from 200,000 to more than 400,000 people; state-sponsored militias have targeted many of these people for their ethnic identity. President Bush has even called the conflict “genocide” and said he believes that the United States and other nations “have a responsibility to work together to bring some security” to the people of Darfur.

Yet the violence continues. There’s still no sizable international military intervention on the ground, working to stop the conflict—despite protests from politicians, members of the press, and celebrity activists such as George Clooney. 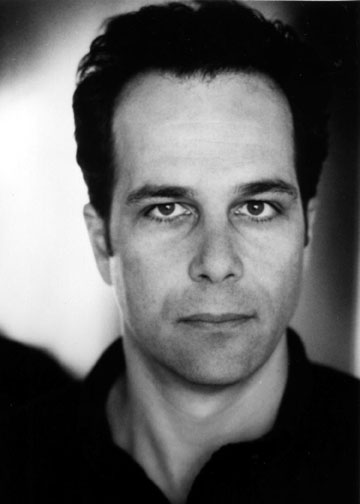 This doesn’t shock Philip Gourevitch. The situation is all too familiar to him. For years, Gourevitch traveled to Rwanda to report on the aftermath of the genocide in that country, in which its Hutu ethnic majority killed 800,000 of the minority Tutsi group. Gourevitch’s reporting on Rwanda ran in The New Yorker, where he was a staff writer, before he published We wish to inform you that tomorrow we will be killed with our families in 1998. That book opened the world’s eyes to what had gone on in Rwanda; it also made clear how and why the world essentially permitted the Rwandan genocide to occur.

Gourevitch, now the editor of The Paris Review, has continued to offer some of the most insightful and credible reporting on crises around the world—and on why nations ostensibly committed to humanitarian values don’t intervene to stop these crises.

Greater Good: There’s a story of President Clinton reading some of your New Yorker pieces on the genocide in Rwanda and writing in the margins, “How did this happen?” How do you respond to questions like that? Why were the US and the UN reluctant to intervene?

In fact, we had already intervened in Rwanda before the genocide, and the United States policy in response to the massacres was to withdraw. By that time, April 1994, there had been a U.N. peacekeeping mission in Rwanda for nearly six months. Although many Americans may not necessarily identify a U.N. peacekeeping mission as “us being there,” it was an expression of American foreign policy. Clinton had come into office saying, We ought to do this sort of thing. He advocated a robust peacekeeping and nation-building agenda. He commissioned a presidential decision directive on peacekeeping. That’s a high-level articulation of official administration policy, and it was originally conceived as a paper to explicate when and how we ought to take on missions. It was conceived affirmatively, as a declaration of the sort of circumstances under which we should support and undertake such interventions.

But after American peacekeepers were killed in Somalia, in October of 1993, the purpose of this paper was reconceived. Now the idea was: These are the conditions under which we should not get involved in peacekeeping missions. And as you can imagine, it was a rather comprehensive list of the very conditions that might call for such missions. And the finished document, which came to be called PDD-25, happens to have been published around the first week of April. So right as the genocide began, this policy was promulgated: to stay away from trouble rather than to deal with it. And we insisted—this was, in fact, part of the policy set out in PDD-25—that if we, the U.S., don’t go in, we should discourage other governments from intervening as well. I guess the thinking was: We have to remain the world leader—we mustn’t get upstaged.

That said, I doubt that any other administration would have done any differently. But when I speak critically of inaction, as I’m doing, it’s frequently presumed that I must be advocating intervention, which isn’t quite right. The problem I’m describing in Rwanda is that we were there, and we withdrew, and that’s the worst case scenario: neither a nonintervention nor an intervention, but a false promise of protection, which only ended up making things easier for the killers. The presence of a U.N. mission not only encouraged people who were feeling anxious about impending threats to take their chances and stick around, but actually encouraged a good number of them to specifically congregate in and around U.N. bases, where they were then slaughtered when the U.N., with the U.S.’s encouragement, withdrew. I think one can be unambiguously distressed about that and condemn that—without taking the position that if there’s a genocide, there’s nothing to discuss, we can and should just go in there and solve it. I think that is a position that becomes very hard to defend in the face of the reality of American interventions.

GG: Can you elaborate on that point? Because, as you mention, some people assume that genocide is a crime against humanity that we should always “solve.” But there’s also a question, implicit in your book, about what “humanity” actually means. We can talk about it in the abstract, but it’s hard to imagine how that concept should inform foreign policy decisions.

PG: Let’s put it this way: If you are sitting in your apartment and you hear loud thumping noises and your neighbor wailing, do you call the police or do you just try to avoid getting involved? That depends on any number of circumstances, but we know all too well that the impulse to stay out of it is pretty strong and widespread—and it’s not always merely inexplicable, craven, or inexcusable, even if it may be regrettable. Well, the appeal to conscience only diminishes as you move further afield. When the man thumping his wife, or the wife thumping her husband, is across state lines, you don’t feel the same urgency about whether or not to get involved. Sure you’re against it, and you feel bad about the world and you feel someone ought to do something about it, but you don’t necessarily feel that it’s your problem. So if you find out that people whose existence you had never previously noticed are raping and axe murdering some other such people on the other side of the planet, do you say, “Let’s get in the middle of that. If we don’t stop it we’re all less safe—they’re human beings just like us”? Alas, it just doesn’t feel that way to most people. Of course, they’re human beings, and it’s a terrible thing, but the sense of a shared fate is weakened by distance and difference.

Genocide is a crime against humanity. The idea is that humanity itself is being reconfigured, a category of humanity is being eliminated, or an attempt is being made to sort of treat humankind as one organism and sort of chop off a piece of it. But, while that may be an accurate account of the crime, it’s quite abstract and does not really make the crime feel less remote. That is not really how humans are wired to experience and react.

Another problem, which is more of a practical problem, is that it’s not apparent that our desire to do good will result in something good being done. There’s a common presumption when we fail to intervene that had we intervened, we would have intervened happily and successfully and well. The result would be righteous. Yet when you look at actual interventions, that has not always been the case. I think we have to reckon with that fact—that our best intentions are not easily realized.

I’m not happy about this. I don’t mean to say, I told you so. And it’s not simply defeatist or isolationist to say we have to be clear about the gaps between our rhetoric and our record, or our capabilities. I’m saying, you know, this is what the evidence seems to be. If we’re looking at how things are, rather than simply insisting they shouldn’t be how they are, it’s pretty plain that we cannot consider ourselves a good bet for saving the world.

GG: How does all this apply to the situation in Darfur?

PG: Is anybody with the capability to stage a big intervention really interested in doing so? Is anybody ready to go into that desert and start fighting large numbers of guys on camels and horses, or columns of men who look like columns of refugees, and with a government that has promised to open the gates of hell to any foreign force who enters uninvited? It’s a nasty reality—the definition of a nonpermissive environment.

We didn’t want to intervene in a permissive environment at the climax of Liberia’s civil war, when both sides were begging America to intervene. Bush decided not to do it. And it seemed to me that that was the moment when people who said, “The lessons of Rwanda are being learned in Kosovo, in East Timor, and in Iraq” had missed a crucial point: Those so-called lessons only ever apply to places that have some other than humanitarian value. They also invariably have some military or economic strategic value.

GG: So where does that leave us now? Should we just conclude that our leaders, and even ourselves, are incapable of truly extending a sense of moral obligation to people halfway around the world who look very different from us?

PG: We’re not totally incapable, but we’re obviously not always as able to reach around the world and sort things out and leave them in better shape as we’d like to think we are. Is it wise for us to use force in places we don’t really know or understand deeply? What we call humanitarian crises are always symptoms of political conflicts, and they cannot be treated without getting into the politics. So we have to confront the limits of our ability to marry our moral sense of pure common humanity to the amoral instruments of politics and force. And by amoral I don’t mean immoral, I mean amoral—these instruments may be used morally, and they may be used immorally, but that’s not what makes them tick. So the question hanging over any intervention is: Are we as ready to fight and die to sort out other people’s problems as they are—and if not, can we really prevail?