Thirty years ago, the prominent child psychologist David Elkind published The Hurried Child, which argues that modern parents are prone to pushing their children—emotionally and intellectually— too far and too fast. In his new book, The Power of Play,

Elkind argues that our fast-paced, screenladen, and safety-obsessed way of life is destroying spontaneous, creative, child-led play, with unhappy consequences. The absence of play, argues Elkind, contributes to the epidemic of childhood obesity and emotional stress—and can actually hurt children’s chances of academic success. 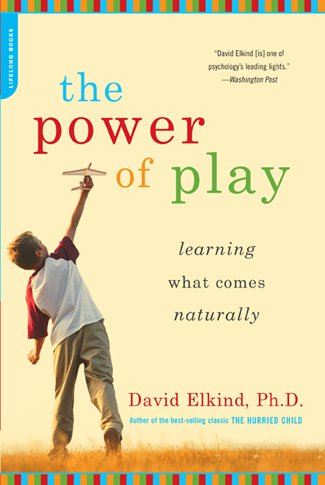 While at times Elkind veers into wistful nostalgia, especially when comparing his adult children’s parenting style to his own, he argues persuasively that parents must try to give their children more time for play. His most compelling argument comes in the epilogue, when Elkind simply says that play provides a refuge for children—both in the present and in their future as adults, when they’ll be able to enjoy memories from a happy childhood.