What does a woman want in a man? The question has long baffled many single males, leading some to bitterly conclude that handsome guys have an insurmountable advantage. 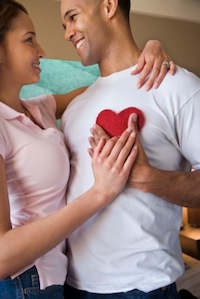 Not so, concludes a newly published study. It shows women do indeed find good-looking men desirable—but if they have to choose, they’ll probably pick the altruistic guy over the hunk.

The results provide “further evidence of the importance of altruism in women’s mate choice preferences,” a research team led by the University of Worcester’s Daniel Farrelly writes in the journal Evolutionary Psychology. It confirms that selflessness is “a highly important characteristic trait women look for in long-term partners.”

The study featured 202 straight women recruited online, most of whom were in their early 20s. They looked at 12 sets of photographs, each of which showed the faces of two men—one handsome, the other much less so.

The images were accompanied by scenarios, eight of which described situations where altruism—or its absence—played a key role. One typical scenario read as follows: “Two people are walking through a busy town, and notice a homeless person sitting near a cafe. Person E decides to go into the cafe to buy a sandwich and a cup of tea to give to the homeless person outside. Person F pretends to use his mobile phone and walks straight past the homeless person.”

The altruistic behavior was ascribed to the handsome man in some scenarios, and the not-so-handsome man in others. In still others, neutral behavior was attributed to both, allowing researchers to determine the importance of looks when the guys were described in similar terms.

After scanning the photos and reading the scenarios, the women rated (on a one-to-five scale) how attractive they found each man, for both a brief affair or a committed romantic relationship.

“Individuals who displayed high levels of altruism were rated significantly more desirable overall,” the researchers write. While the self-absorbed guys were viewed as more attractive candidates for a one-night stand—suggesting a night with a “bad boy” retains its short-term appeal—altruistic guys were rated as “more desirable for long-term relationships.”

“Men who were just altruistic were rated as more desirable than men who were just attractive,” Farrelly and his colleagues add. “If a man possesses only one of those traits, it is altruism that is more valuable.”

What’s more, “being both attractive and altruistic made a man more desirable than just the sum of the two desirable parts,” the researchers report. A handsome guy volunteering at a soup kitchen will catch a lot of women’s eyes.

This research is consistent with a German study from last year, which found engaging in altruistic behavior increases the odds you’ll find a romantic partner the following year.

This latest research also offers encouraging news to all those bitter guys on the Internet whose resentment toward women stems from romantic rejection: Maybe you’re not being turned down because of your looks, but because of your attitude.

Instead of wasting time writing nasty comments, why not help someone in need? You might find you’re more attractive than you realized.