One of the most robust findings in social psychology is the beauty-is-good stereotype: physically attractive people are perceived and treated more positively than physically unattractive people.  But here’s the thing: I have definitely met attractive people who went from hot to not the second they opened their mouths! Vice-versa, some people are so kind and awesome that you can’t help but be attracted to them, regardless of their score on hornotnot.com.

Which has me wondering: I know beautiful is often perceived as good, but isn’t good also beautiful? I mean, I know we are an extremely looks obsessed culture, and research does show that the people we initially perceive as physically attractive tend to follow a very predictable pattern: they are average, symmetrical, and have hormone-dependent features. But don’t things like character and goodness also factor into our perceptions of physical attractiveness?

Enter a new study by Yan Zhang and colleagues. The researchers randomly assigned Chinese participants to one of three groups and had them rate 60 photographs of unfamiliar Chinese female faces. All the photographs were taken from Google, and all of the faces had neutral emotional expressions.

These results suggest that having a desirable personality may indeed be a factor when judging physical attractiveness. As the researchers note, “This findings indicates that human interior psychological activity is related to exterior physical feature[s], and that a human is the whole entity of psychology and physiology.”

But perhaps this study was too artificial. Maybe the same effects wouldn’t occur for people who we know intimately. There is a series of really fascinating studies conducted by Kevin Kniffin and David Sloan Wilson, in which they address this very issue. As they note, there are evolutionary reasons why personality traits can inform our perceptions of physical attractiveness. Even though beauty is an assessment of fitness value, there is no reason why assessment of fitness needs to be purely physical. Fitness value of a potential social partner can be influenced by both physical and non-physical traits. 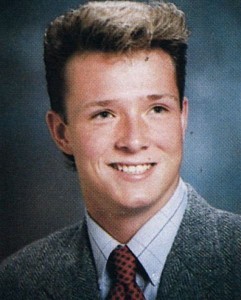 The researchers give a really neat example of their effect. After a particular participant completed her rating, the researchers looked at the photograph of the male who she regarded as least physically attractive. To the researchers, and the strangers who rated this man, he did not seem ugly but actually quite average in physical attractiveness. When they showed her the photograph and asked why she rated him so ugly, her face was one of disgust as she explained what a horrible person he was. She was physically disgusted by the image of this guy, even though his horrible personality has nothing to do with his his physical features. This woman’s perception of this man’s physical attractiveness remained this intense, even after 30 years since last she had seen him!

In a second study, members of a university rowing team were asked after the training and competitions were over for the year to rate all other team members on the following dimensions: talent, effort, respect, liking, and physical attractiveness. The males on the team were also rated for physical attractiveness by a group of strangers about the same age as the crew members (the photo was a group photo).

As a vivid example, the researchers describe a male team member who was perceived as the slacker of the team and the main focus of negative gossip. It turns out that he was uniformly rated physically ugly by the other members of the team. In contrast was another member of the team, who worked so hard that there were discussions of him as a possible contender for the U.S. Olympic team. This guy was rated by everyone on the team as physically attractive. The most interesting thing is that this large difference in perceived physical attractiveness between the two crew members was not evidenced by the raters who did not know anything about the contributions of these two men.

These results suggest that sometimes our initially hardwired gut reaction to appearance can be overridden, and sometimes even without effort. All it may take is increased familiarity about the person. As the researchers note, “Among people who actually know and interact with each other, the perception of physical attractiveness is based largely on traits that cannot be detected from physical appearance alone, either from photographs or from actually observing the person before forming a relationship.”

I know this is not your standard beauty tip, but the results of these studies do suggest that if you want to improve your physical attractiveness, strengthening the content of your character may be the most effective thing you can do.

© 2014 Scott Barry Kaufman, All Rights Reserved. Portions of this post were taken from this earlier article at Psychology Today.