Teaching has always been a hard job, but teachers today might be burning out more than ever before.

A 2007 report by the National Commission on Teaching and America’s Future found that roughly 17 percent of teachers quit each year; that rate is 50 percent higher than it had been just a decade and a half earlier. In some districts, the teacher dropout rate is actually worse than the student dropout rate. Research suggests that such high turnover costs school districts more than seven billion dollars each year.

To make matters worse, studies have found that teachers who stick with the profession have unusually high rates of stress, alcoholism, and nervous breakdowns. What can be done to help them—and the students they serve? 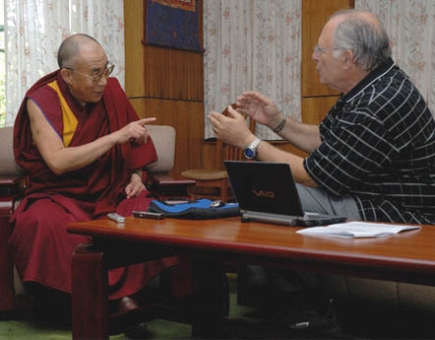 The idea for the Cultivating Emotional Balance program grew out of discussions between the Dalai Lama and Western scientists, including psychologist Paul Ekman (right). © Tenzin Choejor

A new study published by the journal Emotion explored whether some ancient practices could help address this modern problem.

In the study, a team of researchers designed an eight-week program called Cultivating Emotional Balance (CEB), which combines training in Buddhist practices of meditation and compassion with education about human emotion, drawn from Western psychology, intended to help participants better understand their emotions and the emotions of others.

The idea for the program grew out of conversations between the Dalai Lama and Western scientists, including psychologist Paul Ekman, a pioneering emotion researcher. In addition to Ekman, the CEB team included several leading researchers and teachers of contemplative practices, including Alan Wallace, a leading Buddhist teacher and scholar, and Margaret Cullen, an expert in mindfulness who has also developed the similar SMART-in-Education program for teachers.

The CEB team chose teachers for the training because of their high-stress work environment and the affect they have on their students.

“Including teachers for the study would be a good context to see if the [CEB] intervention would make a difference,” says Margaret Kemeny, the lead researcher on the study and the director of the health psychology program at the University of California, San Francisco. “And if teachers learned to be more compassionate, then we would hope to see it also in the students.”

The meditation training involved the practice of mindfulness, which combines a moment-to-moment awareness of thoughts, feelings, and bodily sensations with an acceptance of those experiences as neither good nor bad. The participants also learned about the sensations and triggers associated with certain emotions, and they received Ekman’s world-famous training in how to identify subtle facial expressions.

“What is really fundamental about the training is bridging the powerful techniques from Buddhist practices of meditation with decades of science from emotion,” says Kemeny. 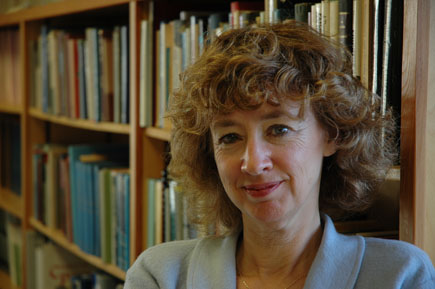 Cultivating Emotional Balance "changed emotions and behaviors in provocative situations, which is most exciting,” says Margaret Kemeny, the lead researcher on the project. © Jason Marsh

The results were impressive: Those who participated in the training reported feeling less negative emotion than they had beforehand, and they also showed a strong drop in feelings of depression and an increase in positive states of mind. Five months after the training ended, these effects were still seen among those who had stayed engaged in the program over the intensive eight-week period.

The researchers argue that the practice of mindfulness helped the participants get perspective on their negative thoughts and feelings, so that they could move on from negative experiences rather than stressing over them. They were also better able to focus on immediate, present moments rather than worry about the past or future.

In one part of the study, the school teachers had to perform a stressful task, either a mock job interview or a difficult math task they attempted in front of an audience. Those who had meditated longer during the program maintained lower blood pressure during the task, suggesting they were less stressed. And compared to those who hadn’t yet received the CEB training, teachers who had completed the program recovered from the stressful task more quickly.

CEB also seemed to increase kind, helpful—or “pro-social”—behavior among the teachers who meditated longer: They exhibited greater feelings of compassion when shown pictures of people suffering.

Compared to those who hadn’t taken it yet, teachers who’d participated in the program also were quicker to identify compassion-related words in a verbal task, and, probably as a result of Ekman’s facial recognition training, they were better at identifying specific facial expressions—a core component of empathy.

What’s more, when they had to discuss a provocative or upsetting relationship issue with their romantic partner, the teachers who had received the training showed significantly less hostility or contempt toward their partner.

“We were able to see that the intervention had changed emotions and behaviors in provocative situations, which is most exciting,” says Kemeny. “It is fine if someone is acting happily and compassionately in a positive situation, but if a person is provoked, then acts compassionately and with less anger, it means so much more.”

Prior research has suggested that contemplative practices such as meditation may alleviate psychological problems, cultivate pro-social behavior, and promote self-awareness in positive, lasting ways.

But this study builds on these findings, suggesting why interventions such as CEB may provide long-term benefits to our behavior and biology. By boosting emotional awareness and an ability to recover quickly from stress, even after several months, the program and others like it may help stunt the long-term “wear and tear” that repeated stress has on our bodies, brains, and overall health.

Kemeny says such a training may be useful not only to teachers but to anyone working in an environment with high stress or challenging social dynamics.

“My guess is that most of us could use better abilities to quiet our minds, understand our emotions, and build compassion,” she says. “This type of training could benefit anyone at all.”

It would have been nice to read a little more detail about what CEB training entailed.