What happens when the whole world is facing a massive threat, like we are now with coronavirus? According to psychiatrist James Gordon, founder of the Center for Mind-Body Medicine in Washington, D.C., the pandemic is setting off a community-wide mental health crisis. It’s creating anxiety, uncertainty, and isolation that are similar in some ways to what communities feel when enduring war, mass school shootings, opioid epidemics, or climate-related disasters.

Gordon has worked all around the world helping people deal with trauma and its aftermath, including refugees of several war-torn countries, U.S. military personnel, and those struggling with end-of-life challenges. His recently published book, The Transformation: Discovering Wholeness and Healing After Trauma, outlines practices he teaches to help people cope—not only during a pandemic, but any time they face difficulties in life. His methods, grounded in scientific research and the wisdom of his years of experience, help communities build supportive networks to heal from disaster.

In a conversation with Greater Good, he spoke about his work and its relevance for our times—including tools we can use to cope today.

Jill Suttie: How has the viral pandemic affected the mental health of the people you are seeing at your center? 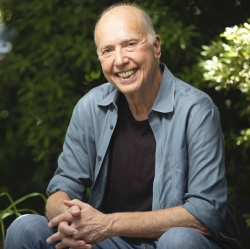 I’m not saying they qualify for a diagnosis of posttraumatic stress disorder, but they have the kinds of symptoms you see in people who are in a chronic state of fight or flight, which is what we go into when we’re under threat. We react to the coronavirus threat as if it were a predator. Our heart rate and blood pressure go up, and our digestion goes down. Our frontal cortex stops functioning well; so we’re not terribly self-aware, compassionate, or thoughtful. Meanwhile, the amygdala—the center of fear and anger in the brain—is firing like crazy. [People are] anxious, they’re agitated, they have trouble focusing and sleeping, and they are often irritable.

Also, a lot of people are depressed and ask themselves, what’s it all about? What am I supposed to do now? There’s a level of uncertainty that’s bigger than it’s ever been. I don’t think something like this has happened in the United States since the second world war, but then the trauma was mitigated by a lot of communal effort and people all coming together. Plus, the war was somewhere else, far away. This may be worse than even the 1918 pandemic, because we know more about it, but we’re not sure what to do. And everybody’s affected.

JS: Have you noticed that people are reluctant to admit that they’re suffering emotionally during this time?

JG: Yes, a lot of people are saying, “Who am I to be hurting? I’m safe in my home; I still have a job; nobody in my family has died.” So that can make some people feel uneasy about talking about psychological issues. But people who’ve lost family members or health professionals who’ve seen a lot of patients die are more willing to admit their grief and deep pain about what they’ve experienced to other people.

For the most part, these are not psychiatric disorders that people are having. These are ordinary responses to an extraordinary situation. People are overwhelmed, and that’s to be expected in this situation. Everybody is going to be affected, absolutely everyone. Try to tell me that the people parading in front of the Michigan governor’s mansion with semi-automatic weapons are not affected by this crisis; I don’t think so. They’re being triggered and they’re very fearful. This is their response to that.

JS: On top of the pandemic, we are facing the realities of racial injustice in our country. How has that affected people’s mental health during this time?

JG: The image of that cop kneeling on George Floyd’s neck for nine minutes is now in everyone’s psyche, and it’s bringing up many emotions and thoughts for different people. Several black men have told me about nightmares they’ve had of choking and not being able to get their breath, and it’s bringing up feelings of powerlessness in people of every color. Many women have mentioned memories of sexual assault, because that same feeling of being helpless and unable to do anything—of being trapped—is being evoked. In some cases, these are memories people thought they’d moved beyond, but now they’re being affected again. So, it’s stirring up images and memories of various kinds of oppression and brutalization in everybody.

It’s definitely increased the level of fear in many people, too—certainly in black people. Every black woman I know has told me that they are more scared for their children, especially their sons. This is something they’ve been afraid of anyway, but now they’re even more worried about their children being targets.

But it’s also opening up people to a greater sense of compassion, too. They feel more connection with people who’ve been oppressed. If there’s a positive side, that’s it. Also, part of the response to the dark side of re-experiencing feelings of oppression, subjugation, and not having a voice is that people are finding their voices again and coming together. They’re discovering that they have similar thoughts and feelings about their own oppression and the oppression of others, so it’s been a pivotal moment for many people.

JS: What can people do to cope with a massive-scale crisis like the pandemic—when so many are affected? 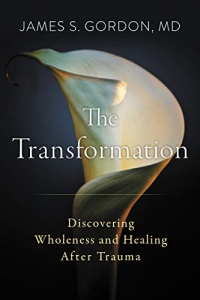 The Transformation: Discovering Wholeness and Healing After Trauma (HarperOne, 2019, 380 pages)

JG: I’ll tell you what we’re doing at the Center for Mind-Body Medicine. First, we’re encouraging the communities we work with to provide information to people that explains what they’re likely to go through. People want to be reassured that what they’re experiencing is understandable, and they want to have perspectives and tools that they can use to help heal while being connected with each other.

Many of the people we’ve trained around the country are doing online groups where people can come together for two hours a week and work on helping themselves cope. What we’re offering is really pretty simple. We’re giving people the tools to come back into biological, psychological balance. And we’re helping them mobilize their imagination to look for solutions that can help them stop ruminating, while providing them with support. This is the public health response that we should be having all over the country.

By now, there are probably a thousand or more of these groups happening all over the United States. We’re not the only ones offering these kinds of tools, but we’ve been doing this now on a population-wide level for over 20 years, and we’ve worked with probably a couple of million people around the world. So, we know how to do this. What’s required is that organizations in communities—say, the public health department or the school system—decide this is a priority. It should be an admission of our universal psychological vulnerability to what’s going on.

JS: What tools are you promoting to people?

JG: The tools we give people provide a basic way of dealing with the fight-or-flight response. To calm that down, we start with slow, deep breathing—in through the nose, out through the mouth, with the belly soft and relaxed. You do that for about 10 minutes, and your heart rate slows, blood pressure goes down, and you’re calmer and less irritable. This helps you realize that you can make a difference in how you feel.

Sometimes under threat we go into a freeze response, and we withdraw psychologically and put up a barrier against the pain we’re feeling. To deal with that response, you’ve got to move your body. With the possible exception of working with a very skilled, compassionate therapist, physical exercise is the single best intervention for depression—better than antidepressant drugs, without the negative side effects. The movement exercise I teach first, which is the easiest, is shaking and dancing. It’s what indigenous people all over the world do regularly. If you shake your body, the feelings that you’ve been suppressing start to come out and you feel better.

Beyond that, we use expressive meditations which help to break up the repetitive rumination and bring feelings back into our lives. Once you get more comfortable with these techniques and become more balanced in your physiology, there are many other techniques we teach people, too.

JS: How do these techniques create a supportive community?

JG: If you’re feeling lonely, anxious, and needy, it’s super hard to connect with other people. If you’re feeling a little bit more relaxed and more confident in calming yourself down, the parts of your brain that make connection with others easier function better. This may seem counterintuitive or paradoxical, but the first way of connecting with other people is connecting with yourself. Once you start doing that, you’re better able to talk to others.

We offer a lot of groups through our website, and doing the practices together helps create a community. But, for people who are already connected to each other, it’s important to maintain those connections, too. Wherever you are, have a meeting, get together with people online, say hi to them. Whatever impulse makes you feel like connecting to other people, act on it. If you’re inhibited about doing that, close your eyes for a minute or two and ask yourself, “Who should I connect with today?” If somebody comes to your mind, reach out. Get over the self-consciousness.

What I’ve found is that during this time, people are generally more open to connecting than they were before the pandemic. But, besides reaching out to individuals, a lot of people are also doing online classes—an online yoga or cooking or dance class—and enjoying those. These can be important ways of connecting, too.

We need community right now, and the primary way of working on psychological issues should be within groups. Research shows that group support is the single most important intervention for psychological trauma, and that’s pretty much what we’re going through right now. People want to understand that what they’re experiencing is a normal response to an abnormal situation and to have tools to help them cope. Reassuring themselves that they are not alone should be a primary way of working through whatever they need to work through.