It’s been more than four decades, but I still can’t forgive what they did to me that summer afternoon. I was 14, strolling in the mall with my two “friends,” Roger and Carson. I had introduced them to each other the week before and now they were jabbering back and forth, leaving me out except to occasionally tease me.

Dutifully, I did what my pals suggested. When I returned, they were gone. I looked up and down the pathways, I yelled their names, I waited for them to return. Finally, it dawned on me…I’d been ditched.

Forty-two years later, Carson died of injuries caused by a motorcycle crash, the bad blood between us unresolved. Roger? I have 4,922 Facebook friends, but he’s not one of them. I delete his every request. 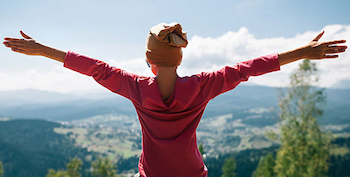 Vengeance is a powerful emotion; the desire to hurt those who wrong us is a universal trait of human nature, claims Michael E. McCullough, author of Beyond Revenge: The Evolution of the Forgiveness Instinct. But it exacts a toll.

“An eye for an eye only makes the world blind” is an aphorism frequently attributed to Gandhi about what happens when nations battle over long-held grudges. As for holding on to individual hurts, research associates not forgiving with depression, anxiety, and hostility. Multiple studies find a higher rate of compromised immune systems and heart problems in adults who hold grudges. Conversely, children and adults who are able to let go of angry feelings when they’ve been wronged experience greater psychological well-being.

“Bitterness is like cancer,” the poet Maya Angelou told Dave Chappelle in an interview. “It eats upon the host. It doesn’t do anything to the object of its displeasure.”

Forgiveness has roots as both a spiritual and a secular teaching in Western culture. In the last 40 years, it has become a subject of academic study as researchers have investigated the impact of forgiving—and not forgiving—on the relationships, health, and happiness of those who have suffered a range of traumatic experiences. But despite the evidence that forgiving is good for you, forgiveness has an image problem, which stems, say researchers, from a misunderstanding of what forgiveness is and isn’t.

According to the American Psychological Association, forgiveness is a voluntary, deliberate change in feeling toward someone who has caused you hurt or harm; it involves letting go of negative emotions toward the offender and results in a decreased desire for retaliation or revenge.

It’s not saying that the offense was okay. Forgiveness is often thought to be a weak response that condones, minimizes, or excuses wrongdoing. These are all misconceptions, says Loren Toussaint, professor of psychology at Luther College and co-editor of Forgiveness and Health: Scientific Evidence and Theories Relating Forgiveness to Better Health.

Forgiveness doesn’t require that the other person apologize. And it doesn’t have to (and sometimes shouldn’t) result in reconciliation. Forgiveness simply means you’re letting go of feelings of resentment and vengeance. You’re refocusing your thoughts on positive emotions; perhaps even feelings of understanding, empathy, and compassion toward the person who hurt you.

“Forgiveness is not making up with a wrongdoer if they are likely to hurt you again,” explains Toussaint. “Forgiveness is about feeling better as a person.”

If your child is hurt by a sibling or a bully, it is critical that the hurt party is protected and the perpetrator is disciplined appropriately. But, assuming the offense is dealt with justly, when a child feels lingering anger and hurt, forgiving is what will help them recover—from that hurt, and maybe others as well.

A study of six to nine year olds in Belfast conducted by Robert Enright, professor of educational psychology at University of Wisconsin–Madison, found that students who learned to forgive reduced their anger in general toward everyone, not just toward the person who harmed them.

Why forgiveness works for kids

When kids are wronged and don’t forgive, they remain “stuck” in the traumatic situation when they felt victimized. Every time they recall the hurtful event, they re-experience their stress response. If they dwell on their resentment, they continue to release stress chemicals, such as adrenaline, cortisol, and norepinephrine into their brains. This activates the amygdala and other primitive brain regions involved in survival emotions such as fear and rage. The result is an inhibition of the brain’s problem-solving ability, creativity, reasoning, and impulse control.

What happens in the brain when a person forgives is a very different picture. In University of Sheffield research using fMRI scanning, forgiveness exercises helped activate brain regions that feel empathy and make moral judgments. A University of Pisa study found that participants who contemplated forgiveness exhibited activation in five brain regions, indicating an increase in positive emotions, cognitive morality, understanding of the mental states of others, perception, and cognitive control of emotions. Although the research participants were young adults, studies indicate kids’ brains are wired similarly for moral reasoning and empathy.

Children who learn how to forgive also gain an edge academically, and the reason may be as simple as having more energy available to focus on constructive pursuits. Their brains aren’t fuming, recounting the hurt, and plotting revenge; instead, they’ve got a clean slate where they can organize information and think creatively.

A study conducted by Enright found that counseling sessions dedicated to teaching forgiveness had significant academic benefits for at-risk teenagers. Twelve middle school students who had each experienced life-altering hurts were tested before and after a 15-week program in Forgiveness Counseling, with astounding results. The kids showed measured improvement in written English, math, and social studies; in their attitude toward school and their teachers; and in their relationships with their parents and other kids.

“Research supports the connection between forgiveness and improved academic functions,” Toussaint says. “The negative emotions of unforgiveness can be powerful detractors from children’s attention and focus in the classroom and in their individual studies.”

Okay. I will, finally, let go of one of my half-century resentments. It’s not cool that Carson and Roger ditched me. But I’m moving on. Roger, I accept your Facebook request…hi.

This article is part of a new GreatSchools series on how the science of character development can help parents promote honesty, diligence, gratitude, generosity, forgiveness, and curiosity in their children. It was originally published on GreatSchools. Read the original article.