One of my students reached out to me after lecture the other day. He noticed that I was low on energy, even a bit down. I had been trying to hide it, but I was truly disappointed that attendance in class was so low that day. We were covering one of the central topics of the course–“stereotype threat”–and I had been preparing the students precisely for this topic through a series of prior lessons on perspective taking and cultural relativism. I felt that I had missed the chance to tie the strands of the course together for a whole swath of the class.

It was a beautiful, sunny afternoon, the student reminded me. Spring was in the air. But I couldn’t help seeing this as part of a larger trend. Attendance in discussion sections has been low, and I’ve been receiving email from students asking me details on things I’ve mentioned several times in lecture.

Every class and every instructor confronts attendance and motivation issues; my class is not unique. However, I was especially disappointed because of how this particular class center on how students should think about their performance and ability. This blog post outlines that conversation, which emphasizes the importance of focusing on adopting an “incremental” rather than a “fixed” view of ability and intelligence. 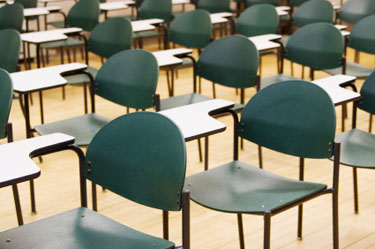 To summarize: Believing that your ability is fixed is great when the course material is easy (“I’m brilliant!”), but puts you at risk for disengagement when the material is hard and you don’t do well (“I suck; why come to class anyway?”). By contrast, if you believe your ability is something to nurture and grow, those same academic challenges become indicators of growth and development.

So I set up the course to encourage an incremental mindset: The students’ best midterm counts more heavily toward their final grade, and section attendance counts toward the students’ final grade as well (to reward a view that success is built on small, incremental steps). Yet many students are still falling behind on the reading, not coming to section, and not coming to lecture.

As I thought about the poorly attended lecture on my drive home, I realized something: I’ve been expecting that the incremental message should be enough to motivate my students to do the little, doable things, like coming to class or section, that slowly build up to success. And it dawned on me that the issue here may not be that the students haven’t been listening to the message about incremental learning, but rather, that they’ve been listening closely.

You see, when the going gets tough—you get a deflating midterm score, or you fall behind on the reading, or your work piles up—saying to yourself “I suck at this” may not be great for further learning, but it sure can protect your self-esteem. If the problem is your inherent lack of ability, you reduce your personal responsibility when you fail, since you couldn’t have done anything about it anyway.

In other words, a fixed-ability mindset absolves you of responsibility for your actions; you don’t have to think about what you did (or didn’t do!) to contribute to a bad outcome. And while an incremental mindset can remind you that negative outcomes are indicators of the areas on which you need to improve, this mindset rests on the assumption that the change is essentially up to you. This can be scary, because if outcomes are up to you, and you still do badly, it’s not going to feel good.

So what do you do in this situation? You find ways to convince yourself that you just couldn’t come to class or section, or fell behind for any number of other reasons. Life, after all, gets in the way.

A recent study led by Yu Niiya, published in the journal Self and Identity, makes exactly this point. The researchers identified study participants whose self-esteem was tied to getting good grades—in other words, people who were invested in doing well academically. Within this group, some people believed that ability is fixed (the “entity theorists”) and others believed that ability is nurtured through effort (the “incremental theorists”). The participants believed they would complete a difficult SAT-like test while listening to music, and everyone was given the option to choose from a set of CDs. They were told that some of the CDs would enhance their performance, while others would hinder it.

The study ended before any test was given. The researchers’ interest was actually in seeing which CDs the participants chose.

In a second study that didn’t involve music, the researchers again found that those participants whose self-esteem was tied to doing well and who were incremental theorists ended up self-handicapping: They willingly chose to skip practice questions before a difficult test.

These findings show us that even when we believe our abilities are the result of our effort—a mindset I have urged my students to adopt—we aren’t necessarily going to be more academically motivated. The knowledge that our effort (as opposed to our genetics) is tied to our abilities can be threatening precisely because it means our success is up to us. It puts us at risk for self-sabotaging our own success to protect ourselves—just in case our efforts are not enough.

I’m keenly aware that popular blogs out there are ones that offer straight-up advice—How To Overcome Self-Sabotage, or How to Succeed at Difficult Tasks. I don’t have a simple solution for this one: When tasks are difficult, believing our abilities are fixed can sap our motivation, but believing our fate is in our own hands can instead be downright threatening.

I can only hope that realizing how we’re prone to handicap ourselves can encourage us to recognize this kind of self-sabotage in our own behaviors, and that this greater self-awareness will then protect us from undermining our own pursuits.

In the meantime, though, how do you overcome self-sabotage? For starters, try the little, doable things that slowly build up to success. Set a small weight-loss goal. Write 400 words. Go to class.

Dear Rodolfo,
This is an interesting and thought-provoking article - thank you. I agree with your main points and sympathize with you completely. I have almost given up “delivering” lectures or classes to students who are not so much lacking motivation, but seem motivated in different ways and for different things.
I must say I found the acompanying photograph of chairs quite chilling (even on a sunny afternoon - and it reminded me of Ionescu’s play “The Chairs”) - not because the seats were empty, but because their regimentation and order seems to exemplify the impersonal and unemotional formality of so much that passes for education. The sight would be intimidating whether one was at the delivery end or the receiving end.
They look cold, hard, uncomfortable and uninviting - representing an emotionally competent stimulus of a very disengaging kind. Are we perhaps entering an era when the formal lecture or class is no longer appropriate?

I think you are assuming that breaking things down into small incremental tasks will eliminate fear of failure and the ordinary distractions of university life.  Its a step in the right direction I think, but more needs to happen to motivate learning and achievement.  And probably what needs to happen will be different for different student personalities.  Some people (the minority) actually thrive in a more competitive environment, some people are motivated by a sense of impending doom that only learning your classroom material will release them from,  some people need to know that learning this stuff will make them infinitely more special than others,  some need to know that the content is “useful”, some people need things to be fun and exciting, some people need to be recognized for for being “good students”.  Basically it’s complicated.  Best you can do is just organize the material in a way that is intellectually sensible and satisfying and that doesn’t leave them feeling overwhelmed by anxiety trying to second guess about the concepts and what’s most important, convey your enthusiasm, and try to stimulate a playful mode of thought in the classroom.  The one thing that we all do have in common is that we were all children, and we all at one time loved to play.