The most serious incident, reconstructed from interviews with both witnesses and perpetrators, involved chasing down a student thought to be gay and pinning him to the ground. Romney, who witnesses say was the ringleader, then took scissors to the boy’s hair as the victim cried and yelled for help. One witness described the victim, John Lauber, as “terrified.” 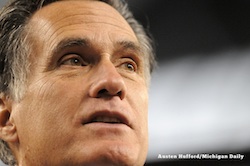 Romney’s response has created controversy. At first, he denied remembering the incident, which the other perpetrators vividly recollect. “To this day it troubles me,” said Thomas Buford, a retired prosecutor. “What a senseless, stupid, idiotic thing to do.”

Later, Romney told Fox News that some of his high school “hijinks and pranks” might have “gone too far.” He added, “Back in high school, I did some dumb things, and if anybody was hurt by that or offended, obviously I apologize for that.”

He urged voters to turn their attention from his personal foibles to substantial issues like the economy and the war in Afghanistan. That may be good advice, but the story reveals at least three important lessons about bullying, teasing, and apology—and some facets of Romney’s character that voters might consider in making their decision.

1. Teasing can be good, but bullying is bad. In response to the allegations, Romney’s campaign has tried to paint the incidents as mere pranks and teasing, some of which helped build bonds among classmates.

As it happens, Greater Good Science Center Faculty Director Dacher Keltner has conducted a great deal of research on the social benefits of teasing. Keltner has argued that teasing can “can instigate and mark deep friendship,” as he writes in his book Born to Be Good. But “bullying has nothing to do with teasing. What bullies largely do is act violently—they torment, hit, pin down, steal, and vandalize,” some of which describes Romney’s behavior. As the recent documentary Bully viscerally reveals, that kind of violence is devastating to victims, and can lead to very bad personal outcomes and self-destructive behavior, including suicide.

In his research, Keltner found several ways in which teasing is different from bullying. First, bullying is often physically painful and “zeroes in on vulnerable aspects of the individual’s identity,” such as race, gender, or sexual orientation. Second, positive teasing is marked by playful exaggeration and funny faces, as opposed to hostile looks and dead-on verbal attacks. Third, context is everything: “These behaviors have different meanings when coming from friend or foe, whether they occur in a formal or informal setting, alone in a room or surrounded by friends.”

Power differences are a critical part of the context. Teasing shades into bullying when the teaser has more social power than the target, and uses words or actions to establish domination. By this standard, Romney’s act was clearly that of a bully, not a harmless jokester—a distinction that today’s parents and teachers should bear in mind as they help kids learn the difference between teasing and bullying.

2. Kids want to do the right thing, and redemption is possible. The most striking aspect of the Washington Post story is the remorse of the other perpetrators.

“It was a hack job,” recalled [Phillip] Maxwell, a childhood friend of Romney who was in the dorm room when the incident occurred. “It was vicious.”

“He was just easy pickin’s,” said [Matthew] Friedemann, then the student prefect, or student authority leader of Stevens Hall, expressing remorse about his failure to stop it….

Friedemann, guilt ridden, made a point of not talking about it with his friend and waited to see what form of discipline would befall Romney at the famously strict institution. Nothing happened.

A great deal of research reveals that if Friedemann or Maxwell had spoken up, they might have stopped the attack. “On those rare occasions when a witness does object to bullying, there is a good chance that the bullying will stop,” write researchers Ken Rigby and Bruce Johnson in their Greater Good essay on bystanders and bullying. “Indeed, several researchers have reported that bystander objections effectively discourage bullying at least half the time. Educators are now beginning to think that promoting positive bystander intervention may be a more effective way to counter bullying.”

As educator Nel Noddings writes in another Greater Good essay, “Handle with Care,” “In order to make ethical decisions, young people need help in achieving self-understanding, and that genuine dialogue with caring adults is one way to promote such understanding.” At least half the battle, these writers argue, is to put our faith in kids’ good intentions and their ability to grow, which we can help through a process of listening and sharing experiences.

This principle is revealed in the way the incident is remembered by both perpetrators and witnesses. While the story is awful to hear, we can take heart from the ways that Friedemann, Maxwell, and Buford seem to have grown since participating, and I think we should credit them with courage for publicly describing their part in the assault. When they went on the record with the Post reporter, they were taking a stand against bullying and encouraging others to follow suit. The same cannot be said of Romney. 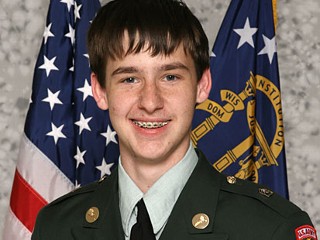 Tyler Long, who had Asperger’s Syndrome, was profiled in the film Bully. He hanged himself in 2009 after years of bullying in the hands of classmates.

3. Apologies can help repair the damage, if done right. Decades after the incident, perpetrator David Seed ran into John Lauber at Chicago O’Hare International Airport—and apologized. “I’m sorry that I didn’t do more to help in the situation,” he said. According to Steed, Lauber responded, “It was horrible.” The Washington Post article does not describe if the apology helped Lauber, who died in 2004. But certainly Steed’s apology seems more sincere and effective than Romney’s efforts to minimize harm and avoid responsibility.

“I believe there are up to four parts to the structure of an effective apology,” writes apology expert Aaron Lazare in “Making Peace Through Apology.” “These are: acknowledgment of the offense; explanation; expressions of remorse, shame, and humility; and reparation.” Unfortunately, Romney has refused to acknowledge the offense or offer an explanation beyond a desire to amuse himself. He has also not expressed sincere remorse or humility (“If anybody was hurt by that or offended, obviously I apologize for that”), let alone try to repair any damage.

That’s too bad, because Romney might have missed an opportunity to set a positive example. He also missed an opportunity for personal growth. Today, many schools are encouraging misbehaving students to apologize and make amends to their victims (instead of simply punishing perpetrators), a process called restorative justice—and educators are discovering that it’s much more effective in changing behavior than simple punishment.

As one middle school principal told me about restorative justice at his San Francisco middle school, “Nobody is letting anybody off the hook. Whenever we have one of these restorative justice sessions, the perpetrator inevitably walks out of the room crying. That’s not our goal, but it’s just natural. We’re human beings, we’re going to have a sense of compassion for this person that we harmed, once we have a chance to see how our actions made them feel.”

Keltner, who’s a professor of psychology here at UC Berkeley, argues that voters should care about what Romney did as a teenager, and how he looks upon that behavior from his adult perspective. “Bullying is one of the classic examples of the abuse of power,” he told me. “Engaging in this unusual behavior suggests he’s more likely to abuse power in the future.” While the other perpetrators seem to have reflected on the violence and grown as a result, the evidence suggests that it hasn’t had the same kind of positive effect on Romney.

Keltner also suggests that Romney’s behavior reveals “hostility to those who have different values than his,” and that “he prioritizes fitting in with the crowd over protecting others or following moral leanings.”

Of course, Romney’s positions on taxes, foreign policy, and social issues like same-sex marriage will prove more decisive for many thoughtful voters than these speculations about his personality. But if the story inspires dialogue about bullying and apology, then we might help prevent more incidents like it from happening.

Ah, Mittens. At it again. Dr. Keltner’s point changed my mind on this a bit, but I still say, the media were idiots for bringing this up. First of all, there’s no context. It was what, 45 years ago? Think of how much things have changed just in the past 20 years. Not that it’s okay, but we’re not qualifying the act at all. Plus, many 18 year old boys are pathologically short sighted.

That said, Romney missed a HUGE opportunity to do the right thing. Total no-brainer, Mitt. Stand up and say, I might have done that. I was wrong and I’d like to invite the victim to meet with me so I can formally apologize. If he’s dead, let me meet with his family.

Done: it sends a positive message and what’s more sets a positive tone for the election. But of course just like he fleeced those of us in Massachusetts over “universal” care, he nickeled and dimed the rest of the nation by brushing off his misdeeds.

These are great points and go a long way at analyzing Mr. Romney’s character (or lack of it).  We’ve all made mistakes or have done things in our past that we might regret. The key is to
demonstrate what we’ve learned from those experiences. Mr. Romney seems to have learned little and could just as easily repeat the same behaviour, as well as appearing robotic and unwilling to learn.

I do have a quibble with the teasing conclusion that it can deepen or be beneficial to a relationship. I don’t think that’s true. Our research shows that teasing can only be tolerated or accepted in a
positive way when a deep relationship ALREADY is in place. It mostly interferes with deepening a relationship when it occurs at the beginning of a relationship.

Mr. Romney seems to have learned little and could just as easily repeat the same behaviour, as well as appearing robotic and unwilling to learn.

Think of how much things have changed just in the past 20 years. Not that it’s okay, but we’re not qualifying the act at all.

I have no idea for what i will do for the election ..

Romney’s arrogance reminds me a little of Jack in The Lord of the Flies - a natural leader (of weak minds) who will ultimately abuse the social status he values by taking his side into darkness.

That may seem rather melodramatic, but I see a clear link between his refusal to acknowledge any wrongdoing in these bullying incidents and his repeated assertion that he will “never apologize for the United States of America.” Put simply, Romney is the perfect leader for a nation that has become a global bully, leaving in its wake shattered societies, families, and bodies in far-off lands regarded as inferior, and expressing not one whit of remorse.

I do not wish to imply that the incumbent president is any better; on the contrary, he has continued to prosecute the War on (or is that ‘of’) Terror with conspicuous, even pathological, enthusiasm. To lead an aggressive military empire, one must be comfortable with bullying. Both our choices (some choice!) are eminently well-qualified in this regard.

Thus, if we really want to teach our children about bullying, we have a little soul-searching to do at the national level. Uncle Sam needs to be put through a prolonged program on restorative justice.