Anger is in itself neither good nor bad—it’s what you do with it that matters. 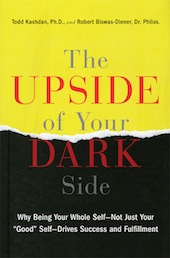 Adapted from The Upside of Your Dark Side: Why Being Your Whole Self--Not Just Your "Good" Self--Drives Success and Fulfillment (Hudson Street Press, 2014).

Anger is best viewed as a tool that helps us read and respond to upsetting social situations. Research overwhelmingly indicates that feeling angry increases optimism, creativity, effective performance—and research suggests that expressing anger can lead to more successful negotiations, in life or on the job.

In fact, repressing anger can actually hurt you. Dr. Ernest Harburg and his team at the University of Michigan School of Public Health spent several decades tracking the same adults in a longitudinal study of anger. They found that men and women who hid the anger they felt in response to an unjust attack subsequently found themselves more likely to get bronchitis and heart attacks, and were more likely to die earlier than peers who let their anger be known when other people were annoying.

When anger arises, we feel called upon to prevent or terminate immediate threats to our welfare, or to the well-being of those we care about. Altruism is often born from anger; when it comes to mobilizing other people and creating support for a cause, no emotion is stronger. It’s a mistake to presume that kindness, compassion, love, and fairness line up on one side of a continuum, and anger, rage, and dislike, on another side. Positivity alone is insufficient to the task of helping us navigate social interactions and relationships. A healthy society is not an anger-free society.

Caution around anger is certainly smart, as is the knowledge that it should not be overused, or used with everyone. With these reservations, the expression of authentic anger can be entirely appropriate with certain people in certain situations. The question is how you do that without letting it go too far. What is the right way to get mad?

How to manage anger

When you want to express anger, or any negative emotion, one way to do so is to start with what we call the “discomfort caveat.” Let other people know explicitly that you are experiencing intense emotions and because of this, it is more difficult than usual for you to communicate clearly. Apologize in advance, not for your emotions or your actions but for the potential lack of clarity in how you convey what you’re about to say.

The aim of the discomfort caveat is to disarm the person, to keep them from becoming defensive. When someone hears that you are uncomfortable and that the conversation is difficult for you, it increases the likelihood that they will approach what you have to say with empathy. After using this opening, you can then delve deeper into what bothers you, what you think and feel in the aftermath of whatever happened (why anger emerged instead of other feelings).

The obvious difficulty lies in figuring out how to put angry feelings to work, especially in relationships. First, we want to discourage you from making self-statements that push for trying to control or avoid anger, such as “I need to get rid of my anger,” or, “Why can’t I be less angry?” 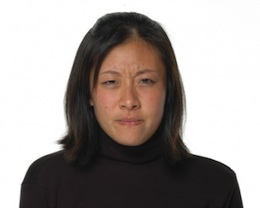 Can you spot anger in another person? Take our emotional intelligence quiz!

Instead, recognize the difference between events that you can change and those that are beyond your ability to control. If you are on a trip and you lose your winter hat on the first day, there is nothing you can change, so there is no benefit in expressing anger. But if you are haggling with a shopkeeper at a flea market over the price of a hat and you’re angry that you’ve been quoted a higher price than the last customer, you possess some control. Now, in this situation, how do you appropriately communicate annoyance or anger in a way that leads to a healthy outcome? Psychologist and Anger Disorders editor Dr. Howard Kassinove mentions that the key is to use “an appropriate tone without demeaning the other person.”

Second, slow the situation down. Our initial tendency is to jump into a situation and act immediately, especially in cases where our blood is boiling. Instead, try thinking of anger as coming in both fast and slow varieties, when you want to scream versus when you want to motivate a person in a calculated way.

When you’re angry, give yourself permission to pause for a moment, even if someone is standing there awaiting a response. You can even let them know that you are intentionally slowing the situation down. Choose to make good decisions rather than fast ones. When you’re angry, pauses, deep breaths, and moments of reflection more effectively exercise power and control than rapid-fire responses. If you feel less angry when you slow down, great, but that’s not the goal. This is about giving yourself a wider range of options to choose from in an emotionally charged situation.

Think like a chess player. Before deciding on a course of action, imagine how the other person will counter and how the situation might look two moves from now. If it looks good, continue along your present path. If it looks bad, consider an alternative behavior, imagine how they will counter that, and evaluate this scenario. Keep checking in with yourself by asking, “Is my anger helping or hurting the situation?”

When you’re engaged in dialogue with someone else, there is no one-size-fits-all answer to this question because the emotions and actions involved are constantly shifting. At one point I might want to assert my dominance by telling a story, and a few minutes later I might want to increase the feeling of connection by ignoring an incendiary remark.

Psychologist John Riskind, an expert in helping people with seemingly uncontrollable emotions, has come up with techniques for slowing down the speed of threatening events.

Riskind has found that the experience of anger is not as problematic as the belief that the sequence of events triggering that anger is accelerating, that the danger is escalating, and the available window for taking action is quickly disappearing. This sense of impending danger pushes people to do something that might stop the immediate threat but in the longer term will make the situation worse (such as punching the person who cut you off in line at the grocery checkout).

The first step is to check in with yourself frequently to assess whether your anger is increasing, decreasing, or stable in the given situation. For a scrupulous self-examination, use a number and even a few descriptive words to capture the intensity of your anger, as you’ll see in this speedometer example:

If your anger is well above the speed limit, you’re going to need more time in order to retain maximum flexibility and control in dealing with the person who provoked or upset you. In this case, consider slowing the speedometer. At this high speed, you probably feel a bit out of control.

Imagine putting on the brakes so that the way you’re acting and the way others are responding goes from eighty-five miles per hour to sixty-five, and then from sixty-five to fifty-five. Create a visual image of what you would look like and how other people would appear to you. Notice how they no longer seem as physically close to you. Listen carefully to what the other person is saying, and read the underlying message in their body language. Use the lower speed to see whether the person bothering you is open to conversation or closed off, whether they’re really looking to attack or are looking for a way out of this jam.

How does it feel when you imagine things slowing down? As Riskind says about anger, “You might think there are too many things to do and not enough time to do them.” This exercise, focusing on the speed that threats are moving, gives us a little more psychological breathing room. Experiment with this tool. The overall objective here is to learn how to work with your anger.

In the end, most prejudices against negative emotional experiences arise because people conflate extreme, overwhelming, problematic emotions with their more benign cousins. Anger is not rage. Anger can be a beneficial source of emotional information that focuses attention, thinking, and behavior toward a surprising number of effective outcomes.