I recently sat in on a portrait session for Arthur and Tony, a couple in San Francisco’s Castro neighborhood who are celebrating 15 years together. The photographer was Auey Santos, who embraces the ideas of the Beloved Movement. 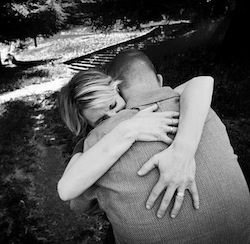 Well, of course they do. Anyone who cares about their work is bound to have strong beliefs about what they do.

And what most caught my attention is that the Beloved Movement (launched by a fellow named Jesh de Rox) draws its inspiration from positive psychology, especially the work of Dr. Robert Epstein, a psychologist whose work has been featured on this website. Here’s how Auey describes her work:

The idea behind Beloved photography is that photographers have the power to change the world, one relationship at a time. When one starts a relationship, you can see your beloved clearly. Every experience, every moment is savored and remembered. After time, that sight may grow muddy—perhaps by work, everyday stress, parenting, life in general. What the Beloved photographer aims to do is provide space for a couple to rediscover the very essence of what made their Beloved theirs. The power of memory and sense is what drives Beloved photography. ... Scientific studies show that there are exercises to help strengthen relationships. Beloved photography could aid that memory of the love.

The “scientific studies” to which Auey is specifically referring are Epstein’s ten “love-building” exercises published in a 2010 issue of Scientific American. Here are three:

1. Two as One. Embracing each other gently, begin to sense your partner’s breathing and gradually try to syn- chronize your breathing with his or hers. After a few minutes, you might feel that the two of you have merged.

2. Soul Gazing. Standing or sitting about two feet away from each other, look deeply into each other’s eyes, trying to look into the very core of your beings. Do this for about two minutes and then talk about what you saw.

3. Monkey Love. Standing or sitting fairly near each other, start moving your hands, arms and legs any way you like—but in a fashion that perfectly imitates your partner. This is fun but also challenging. You will both feel as if you are moving voluntarily, but your actions are also linked to those of your partner. 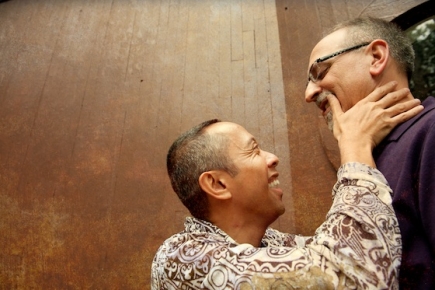 I saw these highly visual suggestions operationalized in Auey’s photo session with Arthur and Tony (at left). She posed a series of questions that were designed to elicit memories of their best times together, and to bring them physically closer. At one point, Auey asked them to sit at opposite sides of the couch and then begin drawing closer together as they chronologically described their history together as a couple.

Auey didn’t want for the two men to merely look like they were in love. She actually wanted use the session to build their relationship and to foster their love.

And the funny thing is, it seemed to work. Arthur and Tony grew demonstrably more affectionate as the session went on, forgetting that we were in the room, and looking into each other’s eyes as they talked. 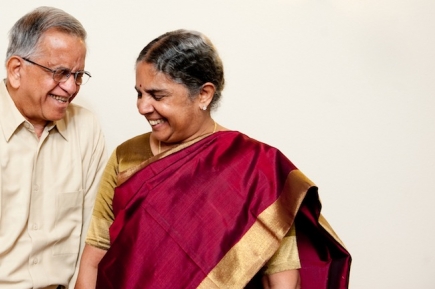 We think quite a bit here at the Greater Good Science Center about how to apply new scientific findings to real-life institutions and situations, in order to improve human relationships. It had never occurred to me that they might also be applied to a creative field like wedding and couples photography. But why not? And into what other areas could we creatively integrate new findings on positive emotions?