Paul Ekman is Professor Emeritus in Psychology at the University of California, San Francisco, and an expert on emotion recognition. His work in identifying the muscular underpinnings of facial expressions has been instrumental in helping us understand the universality of emotion and its place in our social lives. In 2009, he was named by TIME Magazine as one of the most influential people in the world, and his work even entered popular consciousness when it led to a popular TV show—Lie to Me. 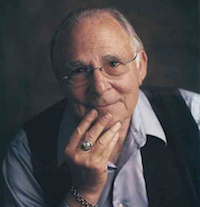 In recent years, Ekman has had a growing interest in applying his knowledge of emotion toward bettering human social interactions. Inspired by intellectual exchanges with the Dalai Lama, he co-developed a program called Cultivating Emotional Balance, with the aim of helping individuals recognize and manage difficult emotions to enhance compassion and empathy in social interactions. The program has been shown to help reduce depression, anxiety, hostility, and rumination, as well as activate positive emotion and compassion.

In his newest book, Moving Toward Global Compassion, Ekman considers the possibility that what we’ve learned about cultivating compassion can be turned toward a more ambitious goal: global compassion. His book is a plea to researchers—and to all of us—to consider ways we can develop more compassion, especially for those who are far away from us socially and geographically.

I spoke with him recently about his new book and what he hopes it will accomplish.

Jill Suttie: Why did you want to write this book now?

Paul Ekman: This book grew out of my friendship with the Dalai Lama, which made me feel like I should do what I can to make people concerned with global compassion—compassion for more than those with whom we share ethnicity or language or culture. I don’t think there’s enough common interest in compassion—maybe in Buddhist circles and in some parts of Christianity and Judaism—but it’s really not on the front burner for people. I wanted to put it on the front burner.

JS: You write in the book that there are two types of compassion—proximal and distal. Can you explain what you mean by those terms?

PE: I’m making a distinction that I don’t think has been made before, and I think it’s an important one, because it has implications in terms of how we go about encouraging compassion. We’re all familiar with proximal compassion: Someone falls down in the street, and we help him get up. That’s proximal compassion: where we see someone in need and we help them. But, when I used to tell my kids, “Wear a helmet,” that’s distal compassion: trying to prevent harm before it occurs. And that requires a different set of skills: It requires social forecasting, anticipating harm before it occurs, and trying to prevent it. Distal compassion is much more amenable to educational influences, I think, and it’s our real hope.

JS: Do you think that having empathy is critical to distal compassion?

PE: Empathy is such an ambiguous term. It depends on what you mean by it. If you mean “to feel what the other person feels,” I don’t think empathy is a prerequisite for any type of compassion.  It’s an accompaniment to some forms of proximal compassion, but I don’t think it’s a prerequisite. When I see somebody fall down in the street, I don’t have to feel their hurt in order to be motivated to help them. Some people would say that unless I feel it, I’m not going to care. That’s not my view.

But, being able to take the perspective of another person is critical to developing what I am calling distal compassion—in which you feel concern in trying to prevent harm or suffering from occurring.

JS: Many researchers believe that our inborn capacity to feel what others feel is what drives compassion—that we first have to “care.” If you think that’s not critical, what other capacities do we possess that could move us toward more distal compassion?

When I say “spiritual,” I use the term broadly to mean that you are concerned with something other than your own particular welfare—something that’s not based on getting ahead or getting a promotion or a new car. Distal compassion gives you the sense that you’re leading a good life, that you’re doing what you should be doing with your life, which is to help prevent suffering in the world. Not everyone thinks that’s what life’s about; but that’s what I believe. 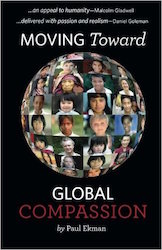 JS: If so many spiritual traditions encourage distal compassion, why is there not more of it?

PE: Materialism, competition, self-centeredness, poor education—those are all things that get in the way.

JS: Part of your book is a call for research. What do you think are the most promising areas of research for augmenting global compassion goals?

PE: What interests me the most is stranger compassion—the compassion we feel for total strangers. Why do only some people feel that? We praise people who have it, but not everybody does. We think it’s a virtue. But why isn’t it universal? I think we could find out.

Let me suggest one step toward finding out. We could pose some research questions: If one sibling has distal compassion, would another sibling—a twin—also possess it? If one member of a family has more distal compassion, is it more likely another member of the family would have it, too? Or is it more random? I don’t know the answer, but we could get an answer to that quickly. So many of the questions I pose in the book are easy to answer—they aren’t rocket science. With a year’s work, we would have information that could help us toward my goal of seeing the development of more stranger compassion.

JS: One of the ideas for increasing global compassion you mention in the book is providing pro-social entertainment for children. Why do you think that might be a solution?

PE: I developed a set of emotional skills training tools that could be self-administered or taken in a course, and these could be given to kids, too. In my view, emotions evolved to provide us a way to respond quickly to a situation without thought, and this virtue—this very fast response without thought—can save our lives. But, sometimes that means we react in a totally inappropriate way, without consideration for others. The solution is to bring awareness to emotion, so that I can be aware of the emotion before I act and consider whether or not this is the best way to respond to the situation. Children can learn this.

Something you probably don’t know about my career is that, in the ‘70s, I did research on the impact of television programs on the social behavior of children. But after a year, I gave up because it was too politicized, and my findings were never published, except in a governmental report. But, what I was finding was that children who watched a violent act on television and showed pleasure were more likely to try to hurt another child soon afterwards, while children who showed suffering on their face when seeing exactly the same program of violence—seemingly identifying with the suffering of the victim—would try to help another child. So, my results showed that it wasn’t the program, per se; it was the emotional response of the child to the program. This implies that we need to encourage more emotional awareness in children, and we could accomplish that through education and a different type of TV programming.

PE: The book is really a call to researchers. I hope they will say, God, this is important! We need to find out more about distal compassion now and to get more programs that are going to encourage more kindness and compassion in our children. Children are the hope for the future. The earlier you can get to them and provide them with teaching materials they’ll find exciting and that will encourage compassion on their part, the better off the world will be.