Science journalist Paul Tough first became fascinated by how kids in poverty overcome hardship when he met Geoffrey Canada, the charismatic founder of the Harlem Children’s Zone, which provided comprehensive support for the disadvantaged, low-income kids in central Harlem. HCZ had produced promising results for kids, especially in terms of graduation rates and test scores. 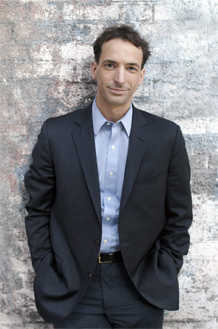 But after chronicling Canada’s work in his book, Whatever it Takes, Tough was left with more questions: What did we actually understand about the lives of kids growing up in poverty? Of all the many obstacles they are facing, which are the ones that are making it most difficult for them to succeed at high levels? And, when kids are succeeding in disadvantaged circumstances, what is it that’s different about their lives?

These questions led him to dive further into psychological research, where he discovered that many non-cognitive capacities—things like grit, perseverance, self-regulation, and optimism—were instrumental in helping a child succeed, and that test scores were not that predictive. In his newest book, Helping Children Succeed, Tough makes the argument that these capacities, though important, cannot be taught, but instead can develop when the right environmental supports are available to kids in their families and schools.

Tough’s book is a plea to change the way we think of poverty’s effects on learning, and to focus on what we can do to support parents and teachers in their quest to help children succeed. I talked with Tough about his new book and its implications.

Jill Suttie: Why are non-cognitive skills difficult to teach?

Paul Tough: First, I think it’s that they are not skills; they’re more like psychological states or mindsets. One of the things I’m trying to do with Helping Children Succeed is to shift our perception, to shift the frame through which we’re seeing these non-cognitive qualities away from one that sees them as academic skills to one that is looking at them as the product of a kid’s environment. Then we won’t ask, How do we teach them? Or, Why can’t we teach them? It will be clear that trying to “teach” kids these capacities is not the best way to help them grow in these dimensions.

JS: What are some of the environmental supports that promote the qualities you’re talking about then?

PT: In the book, I wrote about supports in two different realms—one being in the home, in early childhood, and one being in the classroom. The neuroscientific research tells us that when kids are in early environments that are responsive, interactive, and warm and stable, and involve what psychologists sometimes call “serve and return” parenting, which involves face-to-face, back-and-forth interactions between parents and their babies, that creates secure attachment—a real sense of security that kids have with parents or other caregivers. Those are important prerequisites for the development of these non-cognitive capacities. In order for kids to have perseverance and tenacity in school later on, they need to start with self-regulatory abilities—the ability to calm themselves down, to focus on something for long periods of time, executive functions, as researchers sometimes call them. Those are developed in early childhood, and they are very much the product of the environment that parents create.

In K-12 education, teachers, educators, and school leaders can create environments in the classroom that change students’ mindsets by implicitly and explicitly giving them messages around belonging and possibility. When kids are given the message that they belong in the academic community, it has a profound effect on their motivation and on their ability to persevere and to stick with projects and problems for long periods of time. And if you’re in a school where you’re given the message that failure is part of the process of learning and that people change, and that you can improve your abilities, and that challenge is part of that process, those are the kids who are much more motivated to persevere, and work hard, and take on more challenges. Those are the school environments where kids are going to thrive the most.

JS: What kinds of innovative programs have you found that are good at encouraging the kinds of environments that kids need to succeed?

PT: One of the ones I’m most excited about is Expeditionary Learning Schools [now known as EL Education]—about 150 schools spread out over the country in both public and charter schools, some with well-off kids, some with kids in poverty. They use two broad sets of techniques that are especially powerful in creating environments in the classroom and in the school that tend to motivate kids to persevere, work harder, and feel connected to their work. One has to do with relationship and connection. Every student is part of a group of students, with a teacher leader, called a “crew.” They meet every morning for half an hour, and they stick together for many years. This gives kids a sense of connection, of belonging and relatedness, and all of the psychological research suggests that those are incredibly powerful motivators to persevere at school.

The second technique they use is really challenging academic work—rigorous, long-term projects that students take on, where they can’t help but learn in a deeper way. In addition to the academic skills that kids are learning in those deeper learning environments, they’re also experiencing a psychological message: I can learn from my mistakes; I can get better at things. I can take on challenges that seem impossible; I can get the right kind of help; and I can solve them. When kids get that message, not only does it make them feel much more a sense of connection, engagement, and excitement in the short term, it also give them a new psychological frame for the future. So a few years down the road when they are in college, suddenly meeting work that is way beyond them, they can call upon that memory of having tried something that felt like an impossible challenge and having overcome it, and it will convince them that they can do it again. It’s such a powerful experience for kids, and I think many children don’t ever have that experience in school, especially kids growing up in poverty.

JS: In your book, you write about the research of Kirabo Jackson on teacher assessment approaches. Can you explain his findings and their significance?

PT: Kirabo is an economist at Northwestern who set out to investigate the idea of assessing teachers by what economists call “value added”—the value that teachers add to their students. It’s very controversial in many states, especially when it’s used in high stakes accountability measures. A lot of people feel that test scores alone are not a full measure of what kids are learning or how successful they’re going to be. And yet the problem with trying to put numbers on non-cognitive qualities is that we don’t have measures for grit or self-control that are as reliable as the standardized tests are for cognitive skills.

So Kirabo created a proxy measure for non-cognitive abilities in students, using just four pieces of information that already existed in a North Carolina database: attendance (whether kids showed up at school); behavior (whether they behaved appropriately); GPA (both in the teacher’s class and in the year as a whole); and grade progression (how likely kids were to move on to the next grade).

Kirabo correctly intuited that these were reflections of a certain kind of attitude in students, and that the students who did better in those dimensions would be the ones who were engaged and motivated. And, what he found is that there were certain teachers who were reliably better able than others to improve their student’s performance on these proxy measures. If you were a student in one of these teachers’ classes, you were more likely to show up every day, more likely to work hard, and less likely to get in trouble. And that’s an incredible skill for a teacher to have. Using the tools of economics, he showed that those teachers are having a bigger effect on students’ long-term outcomes—including high school graduation, and college matriculation and graduation—than the teachers who were particularly good at raising students’ test scores. Before Kirabo, no one thought these teachers were doing anything at all and certainly nothing important.

For me, there are two things to take away from Kirabo’s work. One is that we should be thinking about value-added in a different way, and that there’s maybe an innovative way to measure more broadly the effectiveness of teachers. But the second thing is to start thinking about what’s really going on in those classrooms. There’s something about the classroom environment that certain teachers are creating that makes students feel more of a sense of belonging and motivation and the desire to take on challenges. We don’t yet understand enough about how teachers create that, but it’s incredibly valuable, and we should figure it out and replicate it all over the place.

JS: How do you respond to people who say these kinds of interventions are not enough to combat systemic problems of poverty and that we shouldn’t be putting our focus on parents or teachers? 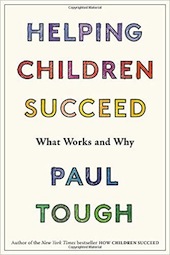 PT: There are 15 million American children in poverty and about half of those—about seven million—are in what economists call “deep poverty,” meaning their families are not only below the poverty line, they make below less than half of the poverty line, which is about $12,000 for a family of four. No one should be growing up in that situation. But we as a nation have not done enough to solve the problems of those kids and their families. What we know is that material deprivation goes hand in hand with all kinds of chaos and instability and stress that have a huge effect on kids’ development, including the kinds of skills they need to succeed in school.

So faced with that, are the kinds of interventions I’m talking about enough? No, they are not enough. There is a lot else we should do to try to create a more equal society. But I think that the best lever we have for improving opportunity and decreasing inequality is education, broadly framed—changing the environment kids are living in at home and in school and creating more opportunities for them to succeed. We know we can do a great deal to help a child born into deep poverty if we give them the right kinds of opportunities. So, if we can systematize that for kids, and I think that’s a matter of both policy and practice, I think we’re going to make huge strides in changing outcomes for those kids. That’s where I think we should put our energies.

JS: Why do you think there isn’t more of that happening already—is it political will or a lack of understanding?

PT: I think it’s a mixture. A lot of this research is pretty new. I was aware of some of the early childhood research when I wrote my last book, How Children Succeed. But a lot of this research is just from the last three years. In the K-12 realm, the idea that teachers can be coached to provide a different kind of environment for students and that those environments make a big difference is not mainstream thinking right now in education. As with anything, when you’re trying to change people’s fundamental understanding of the work they’re doing, it takes time. I’m hoping that my book will be part of the process of spreading these ideas and giving all of us—but especially parents, teachers, and policymakers—a different frame through which to view childhood development.