The media is abuzz about Amy Chua’s book, Battle Hymn of the Tiger Mother (see this excerpt from the Wall Street Journal).  Chua argues that “Chinese” mothers “are superior” because they demand absolute perfection—and won’t refrain from berating, threatening, and even starving their kids until they’re satisfied.

Chua acknowledges that her argument will offend softy “Western” parents, who prefer to coddle rather than throttle their kids—parents who prioritize happiness over achievement. 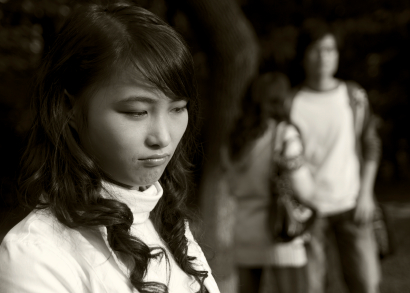 I am not offended so much as worried.  My inbox is full of parents looking for an answer: Should I be more demanding?  Will my children be aimless underachievers if I foster things like friendship and gratitude rather than tripling their piano practice time?

Though I’m anything but permissive, even by Chua’s standards, I am one of those “Western” parents that absolutely does prioritize children’s long-term happiness over their achievements and performances.  Ironically, I adapted these values from a confluence of Eastern philosophy—particularly Lao-tzu’s Tao Te Ching and Buddhist teachings—and Western science, which provides ample evidence that success follows happiness, and not the other way around.

Chua’s argument goes against years of scientific research into what makes kids truly happy—and successful—in life.  Moreover, it rests on a faulty premise: Rather than being overly permissive, many American parents—especially the well-educated, affluent Americans reading excerpts in the WSJ or on Slate.com—are overly focused on achievement already. Chua’s guide to raising ever-more high-achieving children could fuel this fire, and that’s scary.

Chua defines success narrowly, focusing on achievement and perfection at all costs: Success is getting straight As and being a violin or piano prodigy.  Three decades of research clearly suggests that such a narrow focus on achievement can produce wildly unhappy people. Yes, they may boast perfect report cards and stunning piano recitals. But we are a country full of high-achieving but depressed and suicidal college students, a record number of whom take prescription medication for anxiety and depression.

Chua argues that happiness comes from mastery, and that mastery is achieved through “tenacious practice, practice, practice.”  She’s right here—practice does fuel success—but she’s wrong that forced mastery will lead to happiness.  “Once a child starts to excel at something,” she writes, “he or she gets praise, admiration and satisfaction. This builds confidence and makes the once not-fun activity fun. This in turn makes it easier for the parent to get the child to work even more.”

Although there’s some logic to this “virtuous circle,” the drug-like gratification that comes from this type of achievement is not happiness or fulfillment: Once the initial exhilaration wears off, it’s on to the next goal, in search of that elusive feeling of accomplishment. It’s success without long-term enjoyment, work without meaning.

Chua is prescribing life motivated by perfectionism—fear of failure, fear of disappointment.  Not only is this a vicious form of unhappiness, but research by Carol Dweck and many others shows that kids who are not allowed to make mistakes don’t develop the resilience or grit they need later in life to overcome challenges, or pick themselves up when they do fail. Perfectionists are far more likely to be depressed, anxious, and in college, they are more likely to commit suicide.

Perhaps even more disconcerting is how Chua disparages play and friendships: She takes pride in never letting her kids have playdates or sleepovers, so that they have more time for schoolwork and practicing their instruments.

If scientists have learned anything on the subject, it’s that social connections are the foundation for happiness, health, and success in life.  When kids build friendships through play, their social and emotional intelligence flourishes; social skills are a key predictor of success later in life.  What’s more, research clearly links loneliness and isolation with chronic illness and increased mortality rates, not to mention unhappiness.

Chua also recommends motivating kids through coercion and threats—a recipe not just for unhappiness but also for unethical behavior.  People who are motivated externally with threats and rewards are less creative, less able to solve problems, and more likely to cheat to meet the expectations of those around them.

I’m not suggesting that you should fret about your children’s self-esteem, pump them full of false praise, or let them run wild.  I don’t do those things, and I don’t advocate permissive parenting.  I do advocate happiness and joy as the paths to a meaningful life.

But if that sounds fluffy to you—if you, like Chua, value your children’s success over their long-term happiness—and you are inclined to practice Chua’s methods for turning out an Ivy-Leaguer, here is what I want you to remember: Fostering the skills that kids need for happiness is a better bet for their long-term success.

Do you think children raised by “Chinese” mothers are “superior,” as Chua asserts?  Where you raised in the “Chinese” style of parenting Chua hyperbolizes?  If so, did it work for you?  Did you learn the skills you need for happiness now?  Has Chua’s essay made you rethink how you parent?  Why or why not?