Prejudice against fat people continues to be one of the deepest and most widely shared prejudices that the public holds.

Research has shown, for example, that even the parents of overweight children discriminate against them. And prejudice against overweight people hurts their self-esteem, suggesting that they come to believe that they are somehow to blame for their condition.

Indeed, at the root of these attitudes is a suspicion of flawed character—namely, that one is fat because one lacks self-regulation. In moral terms, fat people are guilty of gluttony and/or sloth.

These concerns led some commenters on this Greater Good article by Jill Suttie, “Better Eating Through Mindfulness,” to worry that she was stigmatizing overweight individuals. Research says that these commenters are right to worry.

But the research also says that Jill’s article has a point: During a time when the food industry is quite skilled in manipulating our desires, awareness and self-control are critical skills.

Why we get fat

A recent book by Gary Taubes, Why We Get Fat, uses science to dispel the notion of fatness as a moral failing.

The traditional view of why we get fat, Taubes argues, rests on the idea that one gets fat because one consumes more calories than one expends. If you eat more calories than you burn, in other words, you gain weight, and the virtuous among us are those who have the self-control to either control our food intake (by restraining from overeating) or maximize our caloric output (by exercising).

Taubes argues, however, that this paradigm—the model of what determines whether we get fat or thin shared by scientists and regular folk alike—is flawed.

So how do we get fat? Taubes describes the central role that insulin plays in fat accumulation: Insulin is exquisitely sensitive to blood sugar, and refined carbohydrates in particular (such as white rice, pasta, sugary drinks, beer, and even very sweet fruit) will cause a spike in insulin. 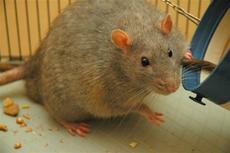 As the son of two diabetics, this was not at all surprising. What was surprising to me is that one of the functions of insulin is to shuttle the sugar from the bloodstream directly into our fat tissue—even when other parts of the body need the energy. By Taubes’s account, the insatiable hunger that we feel even after stuffing ourselves with refined carbs is the hunger of cells and organs that are not getting the nutrition they need due to abnormally elevated insulin levels.

Taubes gives the example of a type of rat, a Zucker rat, that is genetically predisposed to get fat. When these rats are put on a very stringent diet, they actually continue to get fat at the expense of their other organs. The rats balloon anyway, but their major organs, including their brains and kidneys, are smaller than normal size—that is, while their adipose (fat) tissue grows, the rest of their body starves.

Taubes argues that when our insulin system is dysregulated from having to chronically handle tidal waves of sugar into the bloodstream, our energy system is similarly messed up. Despite getting fat, in other words, we are starving.

By speaking out against the traditional “calories in, calories out” paradigm of nutrition science, Taubes helps dispel the notion of fatness as a sin of gluttony and sloth, and thus provides an invaluable tool in the fight against fat prejudice.

Nevertheless, this fight continues to be an uphill battle. Consider the following comment recently directed at me:

Are you so born in to political correctness that you are unable to see that 2 + 2 does in fact equal 4? ... People are responsible for their weight—and to pretend otherwise is verging on medical negligence, let alone an outright lie.

One of the assumptions that this comment implies is that if there is some type of external influence on eating behavior (such as insulin dysregulation), then this must mean there cannot be a role for self-regulation. By the same token, If one is exercising virtuous, stoic self-denial, there should be no environmental or contextual influence.

Is self-control the answer?

But if a person advocates self-regulation or mindfulness—as Jill Suttie did “Better Eating Through Mindfulness,”—is that person necessarily placing the entire onus of weight regulation on the individual? Taubes actually lumps psychologists along with all the other bad guys who profit from making fatness a moral issue—an issue of stoic self-control. He claims that controlling insulin spikes is all that’s needed, since satiety will be achieved.

I’d like to argue, though, that there is still room for self-control—many people still need to learn to forego many of the comfort snacks and foods that trigger this insulin response in the first place. Self-regulation doesn’t need to be seen as zero-sum battle between internal willpower and external cues.

To understand this argument, it is helpful to look for a moment at some classic experiments on the delay of gratification task, more popularly known as “the marshmallow test.” This test was popularized by Daniel Goleman in his book, Emotional Intelligence—and hilariously picked up by Stephen Colbert:

The marshmallow test is simple: A child is given a choice between having one marshmallow now or two marshmallows later. Most kids choose to have two marshmallows later, at which point they are left alone somewhere between 15 and 25 minutes (depending on age) with the tempting snack in front of them. Part of the power of this marshmallow test lies in the fact that the number of seconds that the child is able to wait at age five is predictive of a host of important life outcomes in adulthood, including SAT scores, lower body mass index, and higher coping ability.

Now, although seconds of delay in early age are highly predictive of adjustment in adulthood, this doesn’t mean that context doesn’t matter. In a 1970 study, for example, Walter Mischel and Ebbe Ebbesen had some kids wait for the preferred reward (the two marshmallows) with the marshmallows in full view, while other kids waited with the treats out of sight. With the rewards out of sight, the children were able to wait 11 minutes—but with the rewards exposed, they couldn’t get past one minute.

In another 1975 study, Walter Mischel and Nancy Baker showed that simply telling the children to mentally reframe the reward had significant effects. Some children, for example, would be told to think of how yummy and chewy the marshmallows were, while others would be told to think of the marshmallows as puffy clouds. When the children were refocused to think about the rewards in “cool” terms, as puffy clouds, rather than their “hot, consummatory” qualities, like yummy and chewy, the children were able to increase their waiting time almost threefold (from 5.6 to 13.1 minutes).

So is this self-control by the chlldren? Of course it is—but these experiments provided the children with the appropriate physical and mental strategies to maximize self-regulation. Far from being an exercise in stoic control, these strategies allowed the kids to delay gratification by changing the mental representation of the rewards. You can see children spontaneously engaging in these strategies in this video, which is almost as funny as the Colbert clip:

As David Kessler argues in his book The End of Overeating, for many people who suffer from being fat, the world of food is like being in the experimental conditions where the yummy rewards are constantly exposed, and the yummy, crunchy, salty, sweet sensations are emphasized as we walk down supermarket aisles. The food industry has become quite skilled at knowing what triggers our hot, consummatory responses.

The point that Gary Taubes makes in Why We Get Fat is that many of the food items, particularly processed foods, available to us in the supermarket induce an insulin response that not only makes us fat, but keeps us starved for energy—and it is all the more difficult to exercise willpower when one is starved.

Thank you, Professor Mendoza-Denton, for sharing your insight.

Gary Taubes has been criticized in the past for his interpretations of the research on diet and health.  I believe it may be valuable for Greater Good readers to be aware of that criticism.  One example can be found here: http://www.cspinet.org/nah/11_02/bigfatlies.pdf

Thank you and Greater Good for your wonderful contributions to our personal growth.  I continue to learn a great deal from your generosity.  Please have a fantastic day.

Wow I never heard of the marshmellow experiment
before. Very interesting and funny to watch these
kids!

This was a fascinating article, but like so many of its type - and as might be expected in an online forum, which because of the nature of the medium must be geared to shorter attention spans - it was far too short to adequately cover the issues it canvassed.  In short, the article paints a broad picture, but doesn’t dig deep.

The hint from commenter Michael, above, led me to read the full article “Big Fat Lies” from the CSPI link.  Although it covers a lot of ground, it may be too long or detailed for most readers to follow.  The synopsis is:  Taube is a journalist who makes many claims with little scientific credibility, and misrepresents the views of those scientists he chooses to quote.

However, “Big Fat Lies” does NOT address the evidence quoted here by Rodolfo Mendoza-Denton concerning the Zucker rats, and I’d like to know a source - from the scientific literature! - for the information here.

Equally in need of evidence to support it is Taube’s speculation in this passage in Rodolfo Mendoza-Denton’s current article above: “Taubes argues that when our insulin system is dysregulated from having to chronically handle tidal waves of sugar into the bloodstream, our energy system is similarly messed up. Despite getting fat, in other words, we are starving.”  If Taube offers any evidence to support his sensational theory, Mendoza-Denton doesn’t mention it.

After considering all the evidence and arguments in the “Big Fat Lies” article, just why would anybody believe any assertion made by Taube?
My feeling is that it would be a serious mistake to take any of his pronouncements at face value.