When Helen Whitney was first approached about directing a film on forgiveness, she thought she’d be too exhausted to pull it off.

Whitney, an Emmy-winning and Academy Award-nominated documentary filmmaker whose recent films have explored religion and spirituality, was just completing an ambitious four-hour series about Mormonism, and she wanted her next project to be decidedly smaller in scope. Plus, the subject simply didn’t interest her. 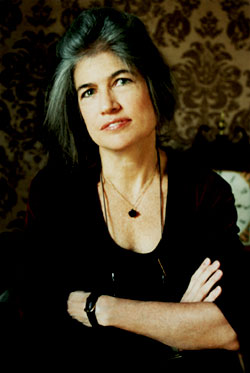 Helen Whitney, director of the new PBS documentary, Forgiveness: A Time to Love and a Time to Hate.

“Quite honestly, forgiveness comes with this aura of sentimentality,” she says. “In our culture, there’s often the assumption that it’s always better to forgive, and that those who can’t forgive are lesser for it—they’re spiritual underachievers.

“That’s not what my films are about; they really thrive in complexity.”

Her reaction was telling. It’s not unusual for people to dismiss or disparage the idea of forgiveness: It’s too soft, too preachy, too simplistic, too impractical—or it’s just plain unfair to victims.

Yet as Whitney started to research the topic, her outlook changed. She discovered that forgiveness was far more complex than she had originally thought, and that the science and practice of forgiveness seemed to be on the rise around the world. She wanted to dig deeper.

The result is Forgiveness: A Time to Love and a Time to Hate, a three-and-a-half hour documentary that premiers on PBS this month in two segments. The first segment airs this Sunday night, April 17th; the concluding segment airs the following Sunday, the 24th. (Check here for local listings.)

The film, which was funded by the Fetzer Institute and the John Templeton Foundation, reveals the impact forgiveness can have on individuals, on families, and on entire countries. Its stories range from that of a family grappling with whether to forgive a mother who abandoned them years earlier to that of the Gacaca community courts in Rwanda, established to promote forgiveness and reconciliation in the wake of that country’s genocide.

I recently had the chance to talk with Whitney about her film and its timely exploration of the power—and the challenges—of forgiveness.

Jason Marsh: Why did you decide to make this film after you initially resisted the idea?

Helen Whitney: To make a long story short, I discovered after a few months that there was this swirling mass of complexities, contradictions, and differences around forgiveness. That was just catnip for me.

No one has any set definition of forgiveness. There is no consensus about what it is and what it’s becoming. There are many meanings of that word, “forgiveness,” and they’re fiercely contested meanings: Does it come from God? Does it come from man? Is it therapeutic? Does it set out to transform the other? Is it only about making me feel better? Is it conditional or unconditional? You can just go on.

I frankly had no idea that forgiveness was present in the world in a way it has been in the last 30 to 40 years, from the private realm through its entrance into the therapy hour to restorative justice and into scientific laboratories. And it has migrated into the political arena, into Truth and Reconciliation Commissions.

That was utterly fascinating, and it didn’t take me long to realize that, arguably, this subject, forgiveness, mattered in a way that is deep and urgent. In a way, it mattered really more than any subject I’ve done in the last 35 years, and I’ve done some very interesting subjects. That was compelling.

And as I started talking to people about it, I found that everybody had a story. Everyone has been injured. Everyone has injured someone. Everyone has hung on to their anger for a long time. It just had a kind of existential depth and breadth to it.

And as the film suggests through Monsignor Lorenzo Albacete, a Catholic priest straight off the pages of a Graham Greene novel, the roots of forgiveness are not religious. They’re human, they’re existential, they’re about connection, they’re about not going into the night alone, unconnected and unreconciled.

So those were the ideas that hooked me and led me into the film, and helped shaped the film as well. That was the approach: What do you do with this idea that just has no boundaries, intellectually and geographically?

JM: You mentioned that in the last 30 to 40 years, forgiveness has come into public consciousness perhaps more than it ever had before, especially in certain political arena. What do you think has accounted for this emphasis on forgiveness around the world?

HW: You know, that is the question I asked everyone who was a serious interview in the film, and they kept saying, “That’s such a great question, Helen—I’m not sure I can answer it.”

But there was an emerging consensus that the Internet has had a great deal to do with it. That is, we live in an age of transparency, and our shame is so visible. Idi Amin could not have lasted as long in today’s transparent culture. As one person says in the film, “There’s no place to hide your shame.”

I would also add that after Nuremberg, where people were prosecuted for acts that went so far beyond the line, there was this recognition that we still had to live with people who had injured or tried to eliminate others. That’s true of Rwanda and many other places following tremendous conflicts or genocide. What are you going to do—put every person in jail? We have to live with each other.

JM: I would also think that in the wake of WWI and WWII, there was greater awareness that we needed to try to put an end to cycles of violence, or else we’d see body counts rise higher and higher, into the hundreds of millions. Some people, like Archbishop Desmond Tutu, have taken bold steps to stop those vicious cycles, probably guided by an awareness of how bloody our past century had been and how much bloodier the next century could be.

HW: Yes, and I would add that there has been growing psychological sophistication, led by people like Judith Herman at Harvard, who looks at how acts of violence are perpetuated if they’re not understood or owned up to, whether by the injured person or the injurer.

That I think evokes one of the great visual metaphors of our time: Wherever you look these days—the last 10, 20 years—you’re seeing bodies exhumed. Bodies are being dug up. Those bodies are really a perfect metaphor for the dark histories of all countries. And they must be brought to light and dug up and acknowledged before that country really has the chance to move forward in some important way.

That’s a new recognition. The whole idea of powerful nations or powerful individuals bending their knees in forgiveness—as Ecclesiastes said better than I can, that’s something new under the sun. It’s a seismic change.

JM: And do you think the new research on forgiveness has contributed to this rise in the practice of forgiveness? Or has the research grown due to those same broader forces that have promoted forgiveness around the world?

HW: I think both, I really do. The smarter we become psychologically, the deeper our understanding becomes of what hanging onto anger and resentment can do to you. There’s self-interest involved in the therapeutic applications of forgiveness to individuals, and also to the larger collective—the understanding that the dark corners have to be looked at, unless we’re trapped in this endless cycle. 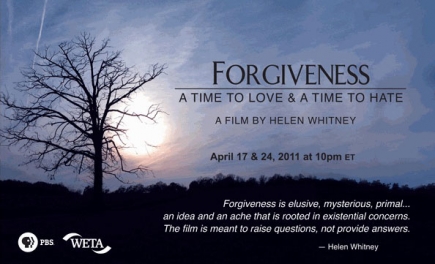 Then that’s coupled with the transparency I was discussing before. I think there’s an interesting perfect storm of contributing forces.

And of course, the larger question is: Is forgiveness being cheapened or deepened, or both? This new forgiveness blasting through the world—is it something of enduring significance, or is it forgiveness borne out of exhaustion? Something to try because nothing else is working.

I think we’re watching all of this unfold right now. We don’t have all the answers, but something certainly is happening.

JM: Your film looks at the power and challenges of forgiveness after devastating atrocities, like apartheid in South Africa, the Holocaust, or the genocide in Rwanda. How does the film also speak to the relevance of forgiveness to some of the more domestic, even mundane, slights and hurts that we all suffer in our everyday lives?

HW: The first act, and part of the second act, is about forgiveness in the private realm. It’s more detailed about precisely what you just asked me: What role does forgiveness play in the ordinary, domestic betrayals that we all experience all the time?

I think that’s critical. One of the big surprises for me was that not only can whole countries be ravaged by these wounds that do not heal and play themselves out again and again—like in, for example, Rwanda—but how individuals and their families can be ravaged by grievances. Sometimes when I speak to the members of families who haven’t spoken to each other for generations, people can barely remember what the original slight was. Relationships between individuals, within families, can be destroyed by these small, domestic, personal injuries—intimate woundings of the soul.

JM: What impact do you hope the film has on the average viewer who’ll tune in?

HW: I want viewers to honor the complexity of forgiveness and recognize its power, but also its limitations and its dangers. That’s foremost.

Then I hope that the film will raise really good questions about the appropriateness of forgiveness in your own life. It may not be appropriate, it may not be right. But there’s urgency in looking at it hard and being very clear about the nature of the injuries you’ve sustained or have inflicted on somebody else. We must try and peel away all the defensiveness, all the ways we can write our own narrative instead of the narrative of what really happened.

I hate to use this word because it’s such a cliché, but it is a process. Unless you’re the Amish, who can forgive unconditionally because you live with the belief that it’s a commandment from God, most of us struggle.