One of the skills students need to acquire with increasing sophistication is the evaluation of information they read, obtain online, or are given. This skill is referred to in various ways, including healthy skepticism and alertness to propaganda. 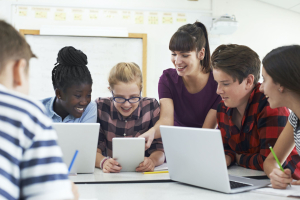 Now, though, I think it makes the most sense to locate this skill within the domain of social and emotional learning (SEL) and character development, and specifically within the tradition of intellectual humility—the ability and tendency to say, “Maybe I’m not right in what I am thinking or understanding.”

Many SEL competencies are required to routinely say to oneself, “Am I sure about this? How do I know this belief or ‘fact’ to be accurate?,” including perspective taking, social problem solving, communicating, and reflecting.

It also involves combating impatience and frustration. Inherent in having intellectual humility is the ability to be patient—to not require an immediate answer—and to have tolerance for frustration. This, of course, depends on emotion recognition and management.

Intellectual humility, or lack thereof, is clearly timely, related to persistence in holding on to polarized positions and reluctance to consider others’ points of view as legitimate. So how can we build this quality in students?

Five ways to use SEL to promote intellectual humility

1. Yes-No-Maybe. This instructional strategy involves students responding to statements by determining whether they agree (yes), disagree (no), or are not sure (maybe). Students go to different parts of the room designated for each response, where they speak to peers in groups of two to three and explain why they said yes, no, or maybe. The teacher asks each group to report out a summary of their reasons, and after all groups have reported, the teacher notes the diversity of viewpoints and rationales and then invites students to return to their seats.

Here are some statements for Yes-No-Maybe that will advance students’ intellectual humility:

By repeating this activity with multiple prompts, students get to share their views and hear peers’ views a number of times. This deepens students’ reflections, especially when framed around selected readings related to intellectual humility.

2. Lateral searching. Students often don’t know whether information they are reading online is accurate. Students who are low in intellectual humility tend to believe websites that look authoritative.

To build up healthy skepticism, students can learn how to read laterally and triangulate. This strategy involves opening up new browser tabs to search for more information about the site they just visited, the claims being made, or the sources being cited. Above all, we want students to understand that there are no shortcuts to getting accurate information and that if they have doubts about a source, they should listen to those doubts.

3. Encourage curiosity. Curiosity is a key aspect of intellectual humility. It’s represented by a tendency to think about how else something could be, could have happened, etc. Two strategies for encouraging curiosity involve presenting students with a picture like the one below and asking them to name all the things each one could be.

A similar task involves taking an object like a ruler or paper clip or pen and asking how many things these objects could possibly be. Doing either or both of these on a regular basis helps shake students out of thinking a single answer or explanation is the only, or even the best, response.

4. How do I know what I know? To help build a sense of intellectual humility, periodically show students an ambiguous picture or optical illusion, like the example below, and ask them to write down what they see. Then ask them how they know that they are right about what they are seeing. Next, have them share their opinion and reasoning with one or more peers. 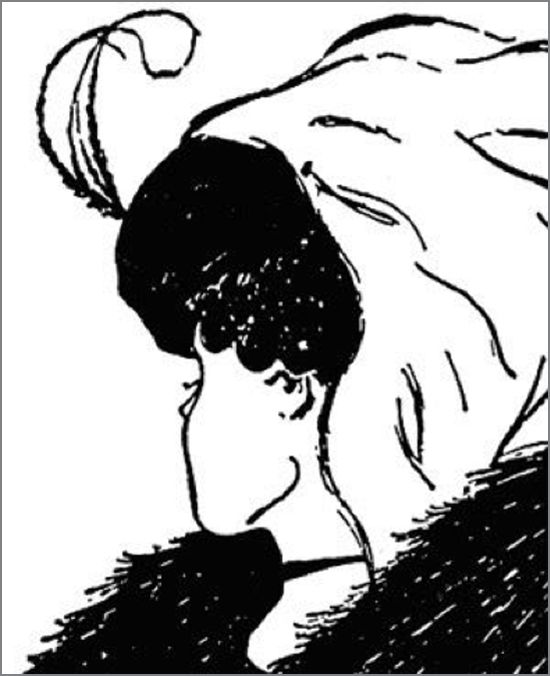 The key outcome of this kind of activity, when repeated regularly, is to help students realize that what they are so sure about may look different to others who see the same thing but perceive it differently, with reasons they can justify.

5. Step in others’ shoes (or “drop the feet”). Using colored paper, cut out the shape of two pairs of feet. When two students have a conflict, drop the pairs of feet on the floor and ask each student to step on one of the pairs, facing each other from about three feet apart. (This exercise works best when students are engaged in typical, low-stakes classroom disagreements. Conflicts about more serious matters are best resolved in other ways.)

Intellectual humility does not demand capitulation; it demands a willingness to listen and potentially see a perspective different from one’s own.

Having to put oneself in another’s shoes—or feet—is an unusual activity for most students in conflict. They typically are not interested in listening to another point of view. This activity requires them to do so and to do so accurately. They come to realize that they will have to “drop the feet” during any similar conflict, so it might make sense to start listening and reconsidering the certainty of their perspective sooner rather than later.

This piece was originally published on August 9, 2022, on Edutopia.org ©2022 George Lucas Educational Foundation.