We generally assume that people who can sense fear may use that skill to take advantage of others. But a new study suggests they actually may be more likely than others to engage in kind, helpful behavior. 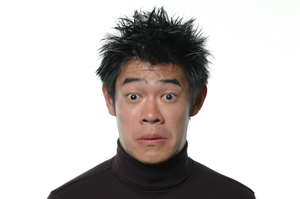 In the study, led by Abigail Marsh of the National Institute of Mental Health and published earlier this year in the journal Emotion, participants heard a story about a college student whose parents had died suddenly in a car accident. The accident put her in the position of having to decide whether or not to drop out of school and take care of her siblings. After the story ended, Marsh and her colleagues invited participants to donate time or money to the young woman.

Then the researchers showed participants a series of photos of adults’ facial expressions, asking them to identify the emotion communicated by the face in each photo. The researchers wanted to determine what connection, if any, exists between a person’s ability to recognize certain facial expressions—including sadness, anger, happiness, and fear—and his willingness to help others.

They found that participants who correctly identified the fearful facial expression were the ones most likely to donate their time or money to the student in need.

Previous studies by other researchers have also suggested a link between recognizing fear and being helpful. However, in those experiments, participants gave their support directly to the fearful-looking person. In this new study, the results suggest that people who can recognize fear are simply more likely to be helpful in general, even toward someone they’ve never seen.

But why would fear recognition predict kindness or helpfulness—what researchers call “prosocial” behavior—more strongly than would the recognition of any other type of emotion?

“Fear is more tightly connected to prosocial behavior because the urgency of the need it’s conveying is stronger,” says Marsh. “Fear signals that a bad thing can be prevented if someone helps out.”

Marsh offers a real-world example of how fear recognition can prime people to help others, citing a recent newspaper story about a woman who took a mother and three children into her home for four days after the family’s van broke down on the freeway in Marietta, Ohio. “I saw the fear in her eyes,” the rescuer told the Marietta Times. “Her tears told me all I needed to know.”