Chances are you have lots of beliefs about yourself and other people. You use these beliefs to help predict why people do what they do. If someone yells at you, you might forgive them because you know they are under a lot of strain. Or, you might mistrust them because you think that this person is always angry at you. Or, you might even think that—deep down—they are an angry person who should be avoided. 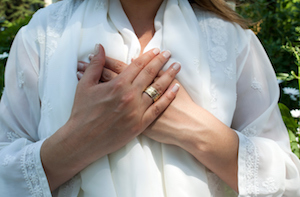 Psychologists have been interested in capturing the qualities that people think are part of someone’s true self and also in understanding how the idea of a true self affects people’s actions and their relationships with others. This research was summarized in a fascinating review by Nina Strohminger, Joshua Knobe, and George Newman in a recent paper published by Perspectives on Psychological Science.

Generally speaking, when people think about their true self or the true self of other people, what characteristics do they believe that it has?

An interesting facet of the true self is that it seems to be a belief that is similar across cultures. That is, aspects of the true self have been explored in studies using many different populations around the world, and the beliefs tend to be quite similar.

These beliefs also tend to lead people to assume that someone can change for the positive over time, even if many of their past actions have been bad. That is, we are reluctant to decide that someone is truly evil and prefer to believe that their true self has a moral spark that might someday lead them toward better actions in the future.

An interesting facet of the true self is that our beliefs about our true self and other people’s true selves are similar. This belief differs from the way we often treat our motives versus those of people from a different group. Often, we assume that we and people from our group have purer motives than people from some outgroup. But, we also assume that deep down (in their true self) members of other groups are good and moral people.

Why does the concept of the true self matter?

For one, the belief in a true self affects people’s judgments about what actions give life meaning. A person might work hard at their job and also spend time with family. They might believe that their job is just something they do, but that the importance they place on family relationships is part of their true self. In that case, the effort they put into their family relationships will give them a greater sense that their life has had meaning than the effort they have put into their profession.

In addition, the belief in true self can influence the treatments people will consider for mental illnesses. For example, many college students are willing to take medications for ADHD that allow them to focus on their work. Part of the reason why they take this medication so freely is that few people consider their ability or inability to concentrate as a central part of their true self. In contrast, many patients suffering from bipolar disorder are reluctant to take their medication, because they believe that their medication is changing aspects of their true self.

The authors end this paper by pointing out that while the true self seems to be an important part of people’s beliefs about themselves and others, it is hard from a scientific standpoint to think of the true self as something that actually exists. That is, I may believe I have a true self, but is there actually a true self inside me?

The authors suggest that the idea that there is some deep hidden self that may be independent of a person’s actions for much of their life is probably best thought of as a valuable fiction. It can be useful to believe that we and other people are inherently good and moral, but that doesn’t mean that there is an inherently good and moral person lurking within every person just waiting to get out.

This piece originally appeared Art Markman’s blog Ulterior Motives, which is about the interface between motivation and thinking.