How do emotions work? Are we born with them or do we learn them, like we do the names of colors?

Based on years of research, early emotion scientists gravitated towards a theory of universality: Emotions are innate, biologically driven reactions to certain challenges and opportunities, sculpted by evolution to help humans survive. 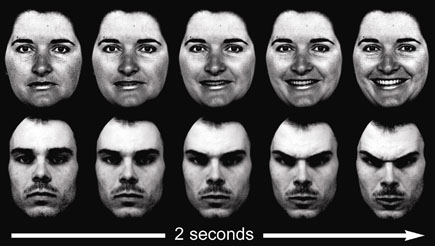 These scientists aimed to document the felt experiences, expressive behaviors, and patterns of emotion comprehension across Western and non-Western cultures—and they found enormous commonality. Regardless of culture or habitat, people facing danger appeared to experience fear, which helps them escape, and parents gazing at their offspring report feeling love, which encourages selfless caregiving. Scientists even discovered similar emotional expression among non-human primates.

But a recent book by psychologist and emotion researcher Lisa Feldman-Barrett, How Emotions are Made, challenges this view. Summarizing a multi-year debate, she argues that emotions are not inborn, automatic responses, but ones we learn, based on our experiences and prior knowledge. She makes some excellent points and highlights fascinating research—but then takes her argument too far.

Is it a muffin or a cupcake?

In the book, Feldman-Barrett demonstrates how easy it is for us to misread an emotional expression. She shows, for example, a cropped close-up of tennis star Serena Williams’s face, in which Williams appears to be in agony rather than feeling triumph after winning her match—thus showing how easily confused we can become in interpreting emotional expression.

That’s why higher-than-chance emotion-detection accuracy cannot be taken as evidence that emotion signals are universal, argues Feldman-Barrett. The same goes for studies of how well people recognize nonverbal emotional vocalizations; her own research shows that Himba tribespeople in Namibia cannot differentiate the quick audible inhale of fear from that of surprise.

Feldman-Barrett goes on to provide a scathing critique of the research that supports the universal view. Having tried and failed to replicate key findings herself, she notes flaws in others’ methodology, documents her own conflicting results (with slight methodological modifications), and, to make sense of it all, rebrands emotions as a type of learned, social knowledge, akin to knowing the difference between muffins and cupcakes.

“The muffin-cupcake distinction is a social reality; when objects in the physical world, like baked goods, take on additional functions by social agreement. Likewise, emotions are a social reality,” she writes.

Indeed, most present-day emotion scientists would agree, without disavowing the universal view, that emotions cannot be signaled exclusively by facial expressions, or vocal patterns, or, for that matter, heart rate, pupil size, blood draws, brain activation, or behavior, among other modalities that emotion scientists examine.

Rather, emotions are understood to be supported by a cluster of processes: expressive behaviors (in the face, voice, posture, touch, olfactory cues, language), alongside patterns of neural and peripheral physiological activation, some of which we may not even possess the technology to adequately capture.

In not accounting for the complexity of this research, the book runs into trouble.

How do nature and nurture interact?

Feldman-Barrett may be correct that studies have not yet mapped out perfect “fingerprints” for different emotions. But is it a mistake to claim that they cannot exist, particularly given evidence that they might? In fact, researchers are actively examining this issue: A Finnish neuroscience team recently used movies to elicit six core emotions, and they documented distinct patterns of neural activation for each, suggesting a partial “fingerprint” for some emotions—at least at the neural level.

In a curious turn, Feldman-Barrett’s model ends up being uncannily close to the one proposed by the Universalists. They break emotions down into 1) a physical feeling, 2) interpretation of what’s going on in your environment, and 3) expressive behavior. These are very similar to the elements of Feldman-Barrett’s “constructed emotion”: 1) a core physical sensation, 2) meaning tied to what a person has learned about that feeling and the situation, and 3) behavioral implications of that meaning.

The enduring difference? Constructed emotions must be learned, while universal emotions are, in part, already there. However, do we need to see this as an either/or situation? Could there be a gradient, where some emotions are there from day one, while we’re predisposed to acquire others over the course of development—perhaps with more nuanced, complex emotions further shaped by life experience?

While her book may prompt deeper thinking about how emotions work, her case against universality feels overzealous. Her own model is overcomplicated and, strangely, too similar to the one it aims to displace. Instead of building on existing science, she tries to tear it down—and what she comes up with doesn’t look that different.

What is our relationship to feelings? 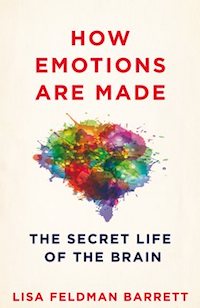 Where does all of this leave us?

One helpful insight from Feldman-Barrett’s book is that what we’ve learned in life does dramatically, and often unconsciously, influence our emotional experiences. This suggests there might be ways to be more cognizant of, and more involved in shaping the course of, our own emotions.

Feldman-Barrett suggests that mindfulness—attending to thoughts and sensations without judgment—can produce a state of mind where learned expectations have less influence on current experience.

For example, we might expect to feel increasingly angry during an escalating argument; this is how it has played out before. Without that expectation, we might actually hear the other person and have a better chance at constructive resolution. According to psychiatrist and neuroscientist Judson Brewer’s work, mindfulness practice softens our egocentric expectations, whether we’re feeling emotions or not, to the benefit of our well-being.

Additional research suggests that shifting our thoughts away from the typical self-centered “I am” or “I feel” narratives that come up during hard times can increase emotional well-being.

Perhaps we can at least agree on something: Emotions are important to human experience. As the story of Phineas Gage famously showed, emotions are essential to reason, and, according to research on how people handle emotions, suppressing emotions is harmful to well-being and social interactions.

Certainly, Feldman-Barrett appears to believe we shouldn’t simply accept outdated views about emotions without proof, and that more we learn about how emotions, the better. On that point, I couldn’t agree more.