I’m a huge fan of Daylight Savings Time, and I hate it when we switch back to Standard Time in the fall. That’s because I don’t have a job that gets me up at the crack of dawn, and I’d much rather have my afternoons extended by extra sunshine. 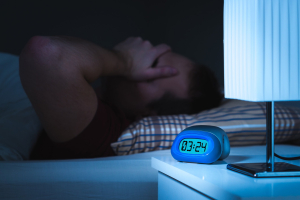 The switch means we gain an hour of sleep in the fall, but we lose an hour of sleep in the spring—which may have more severe downsides than dark afternoons. According to new research, it seems to make all of us less helpful and generous toward each other. So, it might be important to our relationships to keep the clocks steady year-round.

In this study, conducted by the University of California, Berkeley’s Center for Human Sleep Science, lead researcher Eti Ben Simon and her colleagues looked at the weeks before and after Daylight Savings Time (when the clocks are pushed forward an hour in the spring and everyone loses an hour of sleep) and analyzed millions of charitable donations made within the United States between 2001 and 2016. They found that donations dipped significantly in the week just after Daylight Savings Time—a dip not seen in states that don’t change their clocks in the spring.

“This is actually the first study to show that there is an impact on people’s generosity and prosocial behavior following Daylight Savings Time,” says Ben Simon. “It’s just more evidence of the importance of sleep on people’s behavior.”

The same pattern seems to play out on the individual level, thanks to how sleep affects the brain. In another experiment, participants were deprived of sleep one entire night, then tested the next morning on their willingness to help others. First, they read different scenarios of people in need—close friends, relatives, or strangers—and reported on how much they might be willing to help in that situation.

Then, they were hooked up to an fMRI machine and given a task to complete, where they had to make judgments about people based on photos and short descriptions. The purpose of the fMRI task was to see which parts of the “social brain network” were affected by sleep loss; so, each participant was also tested a week before or a week later (after a normal night’s sleep) as a basis of comparison.

The findings were striking: People deprived of sleep were less willing to help others, and it didn’t matter whether the person in need was close to them or not. The fMRI findings suggested that the reason for that was that the brain networks involved in caring about others were severely hampered by sleep loss.

“Brain areas that are typically active when we think about what other people might want or need were significantly less active following a night of lost sleep,” says Ben Simon.

Interestingly, even people who were high in the trait of empathy (meaning, they tend to be empathic people, in general) were less focused on others’ needs when sleepy.

“Even if you are a person who’s more likely to help others when you are well-rested, sleep loss will impair your desire to be kind and generous,” says Ben Simon. “Sleep loss doesn’t take prisoners. Everyone’s affected.”

This effect holds even if we only miss a few hours of sleep. Ben Simon and her colleagues had another group of participants complete diaries for four consecutive days, keeping track of their hours of sleep and the quality of sleep—for example, how much of their time in bed was spent awake. Each morning, the participants also filled out a modified version of the questionnaire measuring their willingness to help others in need.

Again, after poor sleep—fewer hours of sleep or sleep of worse quality—people were less willing to help. They didn’t have to experience a sleepless night to show this effect.

“There’s something very intrinsic about sleep loss that makes people withdraw their interest in others,” says Ben Simon. “And it doesn’t matter whether the person asking for help is someone familiar to you (a friend or a colleague) or a stranger.”

These findings mirror those of prior studies showing how sleep impacts our social lives. A lack of sleep has been tied to people feeling lonelier and more withdrawn, less empathic toward others, and angrier in response to irritations. Sleep loss due to Daylight Savings has also been found to increase people’s risk for traffic accidents and heart attacks, suggesting that changing the clocks may not be a good idea for more reasons than one.

Ben Simon thinks we need to protect sleep much more than we do and reexamine the practice of changing our clocks twice a year every year. If we don’t, she argues, we will not just hurt individual well-being, but societal well-being.

“A lack of sleep propagates beyond the individual and affects the social bonds that we all have,” says Ben Simon. “If we care about the types of societies we live in, we should care about and value sleep.”