Peter Wogan, Ph.D., is a professor of anthropology at Willamette University. His interest in wishing wells stems from his 10 years of fieldwork at a Mexican-American corner store in Salem, Oregon, which led him to consider similar questions about money, community, trust, and magic. For more details, see his forthcoming book, Corner-Store Dreams and the 2008 Financial Crisis: A True Story about Risk, Entrepreneurship, Immigration,and Latino-Anglo Friendship, to be published April 2017 by Palgrave Macmillan. Peter has spent the past three years supervising his students’ research on wishing wells, based on interviews, participant observation, and surveys. His other publications and web essays cover myth and ritual in various contexts, including Hollywood movies and American sports. Please contact the author at pwogan@willamette.edu. 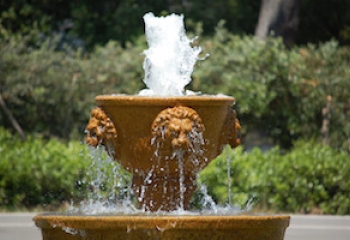 Why Do We Throw Coins in Fountains?

This simple ritual offers clues about how we experience awe, society, and collective belonging.