It was my last year in college, and I needed to take physics to graduate. The only problem? I had skipped physics in high school, so I had no foundational physics skills. After only one week in the class, I was completely lost. I read every word in the textbook, went to office hours, and attended a study group, but I just barely passed the class.

My experience probably doesn’t surprise you. You know that to learn something new, you have to set yourself up for success—and this is also true for learning happiness. We can make it easier for ourselves to build happiness when we choose the right habits to work on first. Here’s how to get started.

Get a quick win with something easy and fun 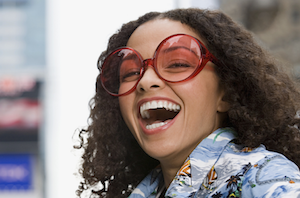 The broaden-and-build theory suggests that experiencing positive emotions broadens our mindset and builds our psychological, intellectual, and social resources, allowing us to benefit more from our experiences. By starting with easy or fun practices, you may be able to get a jumpstart in happiness, subsequently boosting your sense of self-efficacy and propelling you forward in the happiness-building process.

Illustrating this theory, one study showed that people who felt more positive emotion in the beginning of a happiness program reported greater improvements at the end. By going after the low-hanging fruit of happiness, you can build up reserves of confidence and good feelings that may help you tackle the trickier skills later.

Which habits are easy to start with? Well, one habit that researchers believe is relatively easy to build is savoring good things in your life (like a special trip or awe-inspiring concert) by continuing to reflect on them and share them with others. On the flip side, surveys suggest that learning mindfulness can be relatively difficult, as beginners may struggle and become cognitively depleted.

Another good way to get started is with something fun. Our free Science of Happiness online course invites students to try out 10 different happiness practices, and (at the end of the course) reflect on their experience. Our surveys showed that among those 10, students most enjoyed mindful breathing, awe exercises, gratitude journaling, and listing three good things. They found these practices to be a better fit—aligned more with their internal values and natural inclinations—than practices like forgiveness or self-compassion.

In a 2012 study, people chose which activities to practice. They selected exercises related to setting goals, savoring the present moment, and recording gratitude more frequently than thinking optimistically, savoring the past, expressing gratitude to others, and recording acts of kindness. This evidence gives us some idea about which habits are the most enjoyable (or, at least, which ones we think will be most enjoyable).

So when getting started with happiness habits, try to begin with easy, fun ones—but don’t stop there. More difficult habits are valuable, too.

Get more bang for your buck with high-impact habits 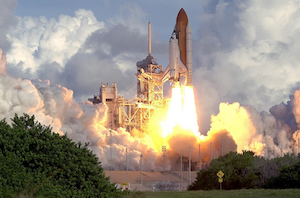 It stands to reason that some habits have a bigger impact on happiness than others.

In a recent survey, for example, I aimed to find out which happiness habits likely contribute the most to happiness. What I discovered is that some, like developing positive feelings about the self, appear to be more closely linked to happiness than the rest.

Other research supports this idea. For example, researchers found that one group of habits that highly impact happiness in the long run are those that shape what you pay attention to. This includes practices like anticipating good things in the future, paying attention to the positives rather than the negatives of a situation, and reflecting on good things that happened in the past.

Perhaps more compelling is the research suggesting that healthy behaviors—like exercise—improve well-being, even among people who have a difficult time building other types of happiness habits. In fact, one study showed that a health enhancement program alleviated depression and increased life satisfaction faster than a mindfulness program among those diagnosed with depression. Although both programs were effective in the long term, the authors argue that positive health habits may more quickly increase well-being, while mindfulness may lead to more gradual but sustained improvements.

In sum, trying to create any new habit can be tough, so it’s worth thinking about which happiness habits to cultivate first. Once you’ve built a few of these habits, you’ll get the hang of it, and building other habits will feel easier. Use these tips to start off on the right foot—and avoid the mistake I made in physics.