Family photos, stress balls, Dilbert cartoons—these are some of the ways we decorate our desks when given the freedom to do so. But do personal touches make us more productive or distracted?

For years, management experts have argued that to make workers more efficient and focused, managers should restrict control over employees’ workspaces. This has meant either permitting only items necessary for work or selecting decorations believed to reduce stress among employees, such as plants and pieces of uplifting art. 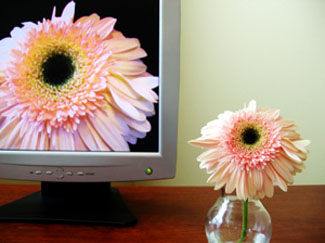 A recent study put those practices to the test, empirically evaluating which methods of office decoration best promote the well-being and productivity of workers.

The study, published in the Journal of Experimental Psychology by Craig Knight and S. Alexander Haslam, professors of psychology at the University of Essex in England, consisted of two experiments, one held in a lab with people from a wide cross-section of society and the other with office workers in a commercial office setting.

In both experiments, Knight and Haslam brought participants into one of four different office environments. In two of them, the participants had no control over the workspace; it was either undecorated or already adorned with plants and art (photos of plants). In the two other conditions, participants decorated their spaces themselves with those same plants and pieces of art. In one of those last two situations, they could decorate any way they liked; in the other, participants were initially given the freedom to decorate, then researchers withdrew that freedom and redecorated the office.

Next, the researchers measured the participants’ productivity by seeing how quickly and accurately they could complete several tasks, including resorting a shuffled deck of cards and counting the number of times a letter appeared on a page of text. Finally, participants filled out a questionnaire assessing their well-being—including their levels of psychological and physical comfort and of job satisfaction—with questions such as, “I felt at ease during the experiment” and “I enjoyed the ‘finding the letters’ task.”

The results show that workers performed better in decorated spaces, with an added edge if they decorated the spaces themselves. When the office spaces weren’t decorated, participants took longer to complete their tasks and reported lower well-being. They worked even more quickly—and reported greater feelings of well-being—when they had control over those decorations, though the number of errors they made didn’t change. However, when researchers rescinded this control, the positive benefits disappeared: Participants in that condition worked more slowly and showed lower well-being than participants who worked in a decorated space, even if they hadn’t decorated that space themselves.

The study also found that no particular design suited everyone; some preferred a Spartan layout, while others favored workspaces full of plants and art. Simply having control, regardless of how participants used it, resulted in a significant increase in performance, boosting productivity by up to 32 percent.

Though Knight and Haslam note that more research in this field is necessary, the implications of their study are clear: To boost well-being and productivity, let employees decorate their workspace. A plant and a couple of photos can go a long way.

Thank you for sharing this Andrew.  It is quite remarkable what can happen in the workplace when we give people decision-making ability and autonomy.  When we treat people like the wonderful, wise, talented beings they are all kinds of positive things happen.