“We come to you at a time when corporations, which place profit over people, self-interest over justice, and oppression over equality, run our governments.” —Occupy Wall Street Declaration

Until recently, I’ve had a hard time engaging in the Occupy movement, even though I’m disturbed that our nation is now experiencing the greatest income inequality since 1929. It seems like the political activist in me went dark; a form of learned helplessness, I suppose.

I wasn’t always so resigned. In high school, I was obsessed with ending apartheid in South Africa; in college, I was intensely committed to the feminist movement. 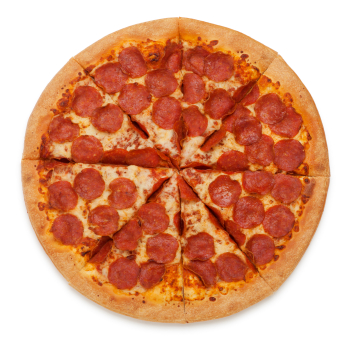 Shocking but true: this pizza is our kids' school lunch "vegetable"

I went to graduate school to study the very inequality that the Occupy Movement has drawn attention to. My dissertation, “Buying Happiness,” was about the stratification of happiness as it relates to family income.

At some point, I started to feel overwhelmed by the world’s social problems, and slowly, the loud political activist in me mellowed.

This was a loss. Great happiness and well-being can come from contributing to a cause that is bigger, greater than ourselves.

Still, I’ve found myself asking: What will Occupy accomplish? How can I even participate? This single mama doesn’t have the bandwidth to join a protest, much less pitch a tent.

But can “busy” parents like me afford to remain uninvolved? There is no question that corporate and political forces are affecting the well-being of our children in a BIG way.

For example, The New York Times recently reported that Congress blocked rules proposed by the Agriculture Department that would have prevented pizza from being counted as a vegetable, at least when it doesn’t contain much tomato sauce. The rules were meant to add more green vegetables to school lunch programs—an attempt to reduce childhood obesity by narrowing what the government considers a “vegetable.”

Major food companies like ConAgra lobbied against the rules. As Margo G. Wootan, the director of nutrition policy at the Center for Science in the Public Interest, told the Times, “It’s a shame that Congress seems more interested in protecting industry than protecting children’s health.”

OF COURSE the corporations that make frozen pizza don’t want their products replaced by carrots and peas. They couldn’t care less about our children’s well-being: that’s not their job. Corporations—and, too often, our government—answer to an economic bottom line.

They don’t care about our children’s health because they aren’t capable of caring. Corporations don’t have emotions. We sometimes forget that corporations aren’t human beings, even if they have recently been granted some of the legal rights historically reserved for individuals.

The irony is that these emotionless corporations spend billions of dollars building brands that seem to have emotions—brands that we humans relate to on a deeply emotional level. They manipulate the most intimate areas of our lives. Advertisements, designed to make us feel as though we don’t have enough—that we simply aren’t enough, that happiness will come if only we buy—are EVERYWHERE.

Corporations have created our cultural definitions of health and happiness. It isn’t just that we’ve been unconsciously convinced that we’ll be happier with that new car and that new home décor and that new lipstick. They’ve taught us to confuse gratification with actual joy.

The gazillion dollar pharmaceutical industry has literally permeated our minds. Did you know that one in four American women have a prescription for an anti-depressant or anti-anxiety medication? That by some reports half the students at elite colleges take prescription drugs for depression and anxiety?

(I know that these medications are extremely helpful for many. I just wish there wasn’t a huge industry profiting from—and in many ways furthering—our unhappiness.)

Corporations and their lobbyists are certainly controlling our political system. They are also dictating what we eat, how much we sleep, how we live, and how we feel. They are influencing our family’s habits and routines, our thoughts and our beliefs—not for our benefit, but for their bottom line.

Is this what we really want for our children?

We need to act on a political level, ridding corporate influence from our political system, so that our government can act on the behalf of people rather than soulless corporations. But we also need to act as individuals and as families, seeking to limit the influence of the financially motivated corporations on our everyday lives.

The activist in me has been resurrected, at the most unlikely of times (that busiest time of the year) despite other overwhelming demands in my life.

I need your help creating Part 2 in this series, a guide for parents who want to support the Occupy movement. How have you been involved in Occupy? If you are not engaged, what are the obstacles to your engagement? What are your hopes for the movement?