“Emotional competence” is the ability to comprehend, manage, and express one’s feelings and the feelings of others. It may come as no surprise to learn that emotional competency is linked to better health and more satisfying relationships. That’s great for the emotionally competent folks, but what about the rest of us—can we improve our emotional competency, even after we’ve reached adulthood? 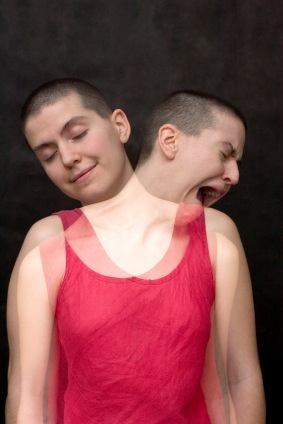 A recent study in the Journal of Applied Psychology suggests we can, at least after a little bit of practice. What’s more, these gains in emotional competency stick for at least a year.

A group of Belgian researchers randomly assigned 132 adults (with an average age of 38) to one of two groups. Participants in the first group went through a two-and-a-half-day program designed to help them deal with emotionally difficult and stressful situations. The other group did not participate in that program until after the study was over.

The emotion training involved group discussion, role-playing exercises, and other activities. Drawing upon prior research on emotion, the program first taught participants to recognize how certain situations can trigger particular emotions within themselves, then taught them various strategies to regulate and express these emotions in a constructive way.

After participants learned the basics of emotional competency through the training, they received two emails a week for a month, encouraging them to apply what they learned. For instance, one email instructed them to watch out for the next emotionally fraught situation they encountered, and to be mindful of their thoughts, feelings, and behavior in that situation.

When the researchers followed-up with the participants four weeks after the entire program ended and then again one year later, they found that the people who’d received the emotional competency training experienced major benefits as a result. Compared to how they felt before the training, these people reported significantly less stress and fewer symptoms of illness or physical discomfort, and significant improvements in their life satisfaction and in their relationships with their family, romantic partners, and friends.Specifically, their life satisfaction increased by 12 percent and their perceived level of stress decreased by 24 percent. The people in the other group didn’t show the same improvements in these areas.

The researchers cite various research findings suggesting that higher life satisfaction is associated with lower rates of depression; lower stress, they note, is associated with stronger immunity against infections, including the common cold.

“From a practical point of view,” write the researchers, the results “show that it is possible to influence crucial aspects of people’s lives: psychological well-being, subjective physical health, and relationship quality, among others.”

One important caveat: In order to take part in the program, participants had to write a letter describing their interest in it. The authors point out that this prerequisite weeded out people who weren’t motivated to change. Still, the results offer hope to anyone who has the desire to improve his or her emotional skills but doesn’t yet know how.

This is so encouraging!
Are you able to share more of the strategies
etc. provided to the participants regarding
emotional competency or can you point us to
other resources for educating ourselves?
Thanks so much.

I’m with Brenda - I’m just on the last few chapters of “Emotional Intelligence” by Daniel Goleman and am very keen to take this further. Lot’s of interesting stuff in this book, Brenda, well worth a read. Thanks for the article, Andrew, it came just at the right time for me. 😊

Ditto Brenda’s comments above. I so would like the tools to
help me change and lower my instances of stress/mild
depression and to help improve my romantic relationships.