Darlene Francis always loved biology and chemistry. But as a graduate student at McGill University in Montreal, basic laboratory research made her feel too removed from the real world. So she left school and took a job as an after-school counselor for at-risk youth, some of whom had obvious social and emotional problems. Before long, she found herself confronting the same questions about human behavior and brain chemistry that she’d faced as a grad student.

“You have a four-year-old in front of you and you wonder, ‘What goes wrong so early in the life of this kid?’” she said. “There must be an opportunity to effect change.” Organizing weekend programs for families, she saw that time away from the stress of their lives had a big impact on the way parents interacted with their kids. She started thinking more about the way children’s family environments affect their behavior for the rest of their lives. 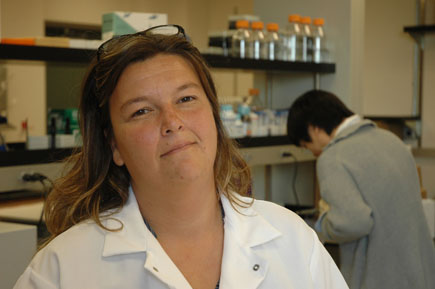 She soon returned to the laboratory, but her experiences with children have shaped her research ever since.

Except Francis doesn’t study humans. She spends her days observing the behavior of rodents, looking at everything from how often mother rats groom their pups, to what posture they assume while nursing, to how pups react to stress later in their lives. It may seem a far cry from human behavioral science, but her ground breaking studies have profound implications for the way we think about what makes us who we are. Her work has been a leading example of new scientific research that sheds light on the complicated interaction between genes and environment.

“There has always been a false dichotomy of nature versus nurture,” said Francis, now an assistant professor of psychology and public health at the University of California, Berkeley. “These days people think everything is genes, genes, genes.”

Indeed, as scientists map the farthest reaches of the human genome, it’s easy to assume there’s a genetic basis for everything from alcoholism to anxiety to where we carry our extra weight. But not long ago, a “blank slate” view dominated scientific theory, attributing behavior overwhelmingly to social environment rather than genetic code. Now, Francis’s research with rodents has helped demonstrate that nature and nurture are not so distinct after all.

In one recent study, Francis and her colleagues looked at “nervous” and “calm” strains of mice. Unlike their calm cousins, nervous mice tend to be fearful, prone to stress, and reluctant to explore new environments. Another important distinction between the two strains is that calm mothers tend to be nurturing, licking and grooming their young more frequently than nervous mothers. Francis took embryos from calm mothers and implanted them in both nervous and calm surrogates. After they were born, the newborn pups were again divided among nervous and calm mothers, who raised them. Because the pups’ genetic makeup was identical, this cross-fostering, as it’s called, allowed Francis to look at how both their pre- and post-natal environments influenced what kind of mice they became as adults.

Her results were remarkable. Genes didn’t predict behavior as reliably as environment did, suggesting that a pup’s genes can be regulated by changing its early environment. The pups born to or raised by low-stress mothers grew up to be calm. But the pups born to and raised by nervous mothers were far more likely to themselves be highly susceptible to stress as adults, despite their genes. In a new environment, they tended to stick to the safety of the walls rather than explore the middle. They startled easily at loud noises. They didn’t perform as well on cognitive tests. Even more surprisingly, the genetically calm mice pups raised by nervous moms remained nervous into adulthood.

In another study, Francis looked at whether mother rats who experienced stress in the days after giving birth behaved differently toward their pups. They did, licking and grooming their pups less than non-stressed moms. And the pups who were licked and groomed less grew up to be more anxious and nervous as adults. The study also showed how the environment and behavior of the mother not only had a direct impact on her pups but lasted into the next generation as well: The grandpups of the most fearful rats grew up to be more sensitive to stress than the descendents of rats who weren’t fearful or anxious.

Francis jokingly calls that finding “the ‘duh’ effect” because it confirms something that seems obvious. “We know intuitively that what happens in your early life matters.” But now she’s provided the biological evidence to support and build upon that intuition. In study after study, she’s found that “from the get go, the pre- and post-natal environment makes a difference. Environment regulates DNA.” In other words, while our environment may not change the genes themselves, it does influence how those genes are expressed—which ones get activated and which don’t.

Working with rodents instead of kids has allowed Francis to use scientific methods that would be unthinkable when studying humans. Not only can she implant embryos from one mouse into another, switch mice after birth, and subject pregnant rats to stress, she can document the resulting physiological and neurobiological changes by examining her subjects’ brains. It has allowed her to see, for example, fewer nerve connections in the brains of pups raised by nervous and stressed mothers.

But what do her findings mean for humans? Although Francis describes her research as having a “social work perspective,” she is wary of extrapolating from rodents to people, whose complex environments—their homes, neighborhoods, and communities—are a far cry from cages in a laboratory. But that hasn’t stopped her work from catching the attention of researchers studying humans, who see clear connections between Francis’s work and their own.

Megan Gunnar, a professor of child development at the University of Minnesota, said Francis’s work “shows that early parental care regulates gene expression, providing a concrete example for why we cannot ask whether it is nature or nurture that determines what children become; the two are inseparably intertwined.” Gunnar’s own findings resonate with Francis’s conclusions about the importance of certain types of maternal care. In one line of research, she is studying the effects of extreme neglect and deprivation on orphans in Romania, who are often warehoused in institutions where they don’t get the kind of stimulation, contact, and attention they would likely receive in a loving family. She has found that those orphans often have elevated levels of stress hormones and are more likely to develop emotional problems as they grow up. In a previous study, Gunnar discovered that a baby’s response to perceived harm—in this case, getting vaccinated—largely depended on whether or not the baby had secure attachments to its caregivers. Those without secure attachments tended to react much more strongly against getting their shots. Gunnar said Francis’s results are consistent with her own observations that it’s the “mundane, everyday maternal behaviors”—the human equivalent of licking and grooming—that make a difference.

“The story told by the humble rat is that all those cuddles, kisses, feedings, diaper changes, and ‘talks’ we share with our babies probably have a great deal to do with turning on and off the critical genes in brain development,” said Gunnar.

It’s not just early interactions that influence genetics. Research suggests that, well into adulthood, people’s environments continue to affect their biology, down to the structure of their DNA. In a study of caregivers—mothers of chronically ill children, in this instance—researchers at the University of California, San Francisco, found a correlation between the women’s level of perceived psychological stress and the length of their telomere, a structure at the end of chromosomes that shortens with age. The longer the caregivers had been stressed, the shorter their telomere, suggesting that long-term stress may have a direct impact on how cells age, and may even lead to earlier age-related illness.

Although these studies may paint a bleak picture, one implication is that the right environmental factors can help avoid damage, whether it’s to a caregiver’s DNA or an orphan’s emotional development. Francis’s work carries a similar message about the importance of maximizing maternal well-being. W. Thomas Boyce, a developmental pediatrician at UC Berkeley’s School of Public Health, said her findings support the conclusion that by changing parents’ environment or mood, you can have a big impact on children. He said Francis’s findings “reinforce all of the things that I think about the ways human families serve regulating roles in the lives of children.”

Human studies have shown that a mother’s attitude toward her newborn is determined, at least in part, by how depressed and anxious she feels. According to Boyce, that means there’s hope. “If we could make a major societal change of heart about the importance of the early experiences of children, we could have a profound impact on our entire society,” he said. He added that if the human counterpart of a mother rat’s licking and grooming really are the everyday parent-child interactions Megan Gunnar described, then the policy implications of Francis’s work could include more robust parental leave policies, which would allow mothers (and fathers) more time at home with their babies, as well as support programs aimed at decreasing stress for pregnant women and mothers, like the weekends away Francis organized as a social worker. They might also include less obvious changes—everything from domestic violence prevention to designing neighborhoods to be more family friendly.

Social programs like these aren’t usually the purview of basic research scientists, but it’s clear that Francis enjoys the thought that her work might end up influencing policy. She calls her research “optimistic”: Given a nurturing environment, even rodents who are bred to be timid and anxious can become calm, and they’ll pass that trait on to their descendants. That finding gives her cause for hope, she says—not only that others might use her work to aid their own, but that change is always possible for the next generation.