Most students likely connect the term “habits” to their study habits. In fact, for many students the term “study habits” probably gives the notion of habits a negative vibe.

But there is another type of habit that is important for the well-being and positive growth of students: habits that build their character strengths, such as patience, gratitude, and service to others. For example, the habit cue that helps students practice patience before spontaneously sending that angry tweet, or a daily habit of writing down what they are grateful for. I call these “positive habits.” 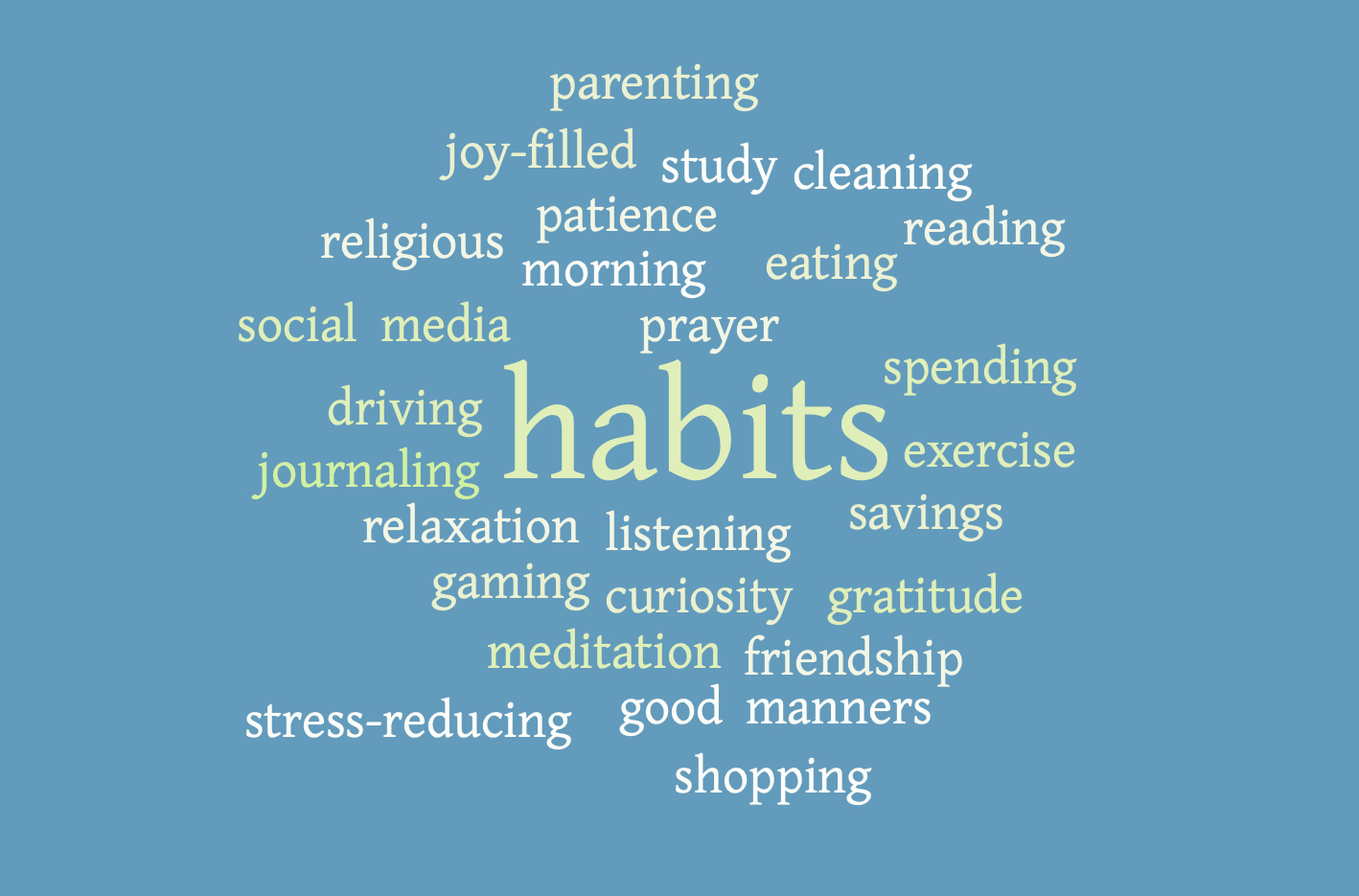 As a researcher and president of Character.org, I want to make the case that every child and teen, before graduating from elementary school, middle school, or high school, should be able to demonstrate and explain how they have formed and consistently practice a positive habit—especially one they intrinsically want to develop.

Positive habits help students achieve the “character goals” they have set for themselves, such as being a person of integrity or someone who strives to be kind and helpful to others. It is difficult for me to imagine any student becoming their best possible self without developing a wide range of positive habits.

As a starting point, here are five concepts to teach students about habits that will help them build productive skills and meaningful practices into their lives.

1. You are your habits

The research is clear: 40-50% of all our actions are done out of habit. Each of us has our morning habits, as well as our eating and bedtime habits. Simply put, our lives run on habits.

Our challenge as educators is to encourage students to understand that their habits shape who they are and the sort of person they want to become. For example, for many years one of my children handed in assignments that were filled with errors because he had not yet developed the positive habit of checking his homework before handing it in. Only later in life did he learn the wisdom of practicing the character strength of carefulness.

James Clear, author of Atomic Habits, hit the mark when he suggested that the best way to change who you are is to change what you do.

2. How we form habits

Most students learn about Newton’s three laws of motion in eighth grade. But I can’t seem to find any curriculum in the United States where eighth graders learn about the science of habit formation. But they should.

Every student should learn about the “habit loop.” Whether it’s a good or bad habit, the mechanics of a habit are the same:

Cues spark our habits, and our cravings are the motivating forces behind every habit. Finally, the response delivers the reward (the desired thought or action that gives us relief from the craving). In short, we are still captives to our “lizard brain.” We remain creatures who crave instant gratification.

This process is fairly straightforward for everyday habits: For example, when a student comes home from school (cue), they might experience a spike in dopamine as they start looking for a snack (craving), and then indulge (response) in the salty, crunchy reward of a bag of Fritos. Here’s what the habit loop might look like for a positive habit: Every day when a student comes home from school, she calls her grandmother to find out how she is feeling. Hearing the cheerfulness in her grandmother’s voice is the student’s positive reward.

Researchers are also beginning to discover that habits persist even when we don’t value the reward as much as we once did (or even when the reward is no longer available). That’s good news for those of us who believe in the power of positive habits. After consistently practicing these habits, they become part of our identity.

3. Stable cues are the key to forming a positive habit

Here’s the one indispensable “habit principle” I’d want my students to learn and practice: Create cue X, for action Y. For example, imagine a student has decided they want to learn how to play the guitar (the action) right after they finish their homework (the cue). The key to creating this new habit or routine is for the student to repeat this activity every day—as soon as they finish studying.

Other stable cues might include waking up or going to bed, brushing teeth, or eating meals—any actions that happen regularly that students can attach a habit to.

Researchers are learning that stable habit cues are essential to organizing our mental space. Over time, repetition reorganizes our brain and becomes its own reward.

S. J. Scott recently wrote a book titled Habit Stacking. The idea is that we should link together a harder habit to an easier habit. For example, encouraging students to do their chores (a harder habit) while listening to music (an easier habit).

A second hack is leveraging the power of commitment. The reality is that all of us, at one time or another, have broken a promise we’ve made to ourselves. That’s why we may need to share our habit plan with someone who will hold us accountable, such as a friend, parent, or teacher. Making a commitment to someone we know and trust is often the fuel we need to develop a positive habit.

A third hack is discovering our habit tendency. Developed by author Gretchen Rubin, the core idea is that each of us needs to understand more acutely how well we respond to internal and external expectations. While some people absolutely need accountability for habits, other people must understand why the habit is important before they feel motivated to pursue it.

Finally, when it comes to habit formation, every student should learn about the power of positive affirmations. Refuting our negative self-talk with positive self-talk is a “habit hack” that simply works. For example, students can create the positive mental habit of repeating to themselves, “I got this…I can do this.”

Emerging research is shattering our long-held myths that setting goals and exercising self-control are the twin peaks of habit formation. Intentions alone don’t change behaviors. Moreover, willpower is a muscle that depletes over time. No one can lead a life full of self-denial.

In addition to having long-term goals, students need to “plan” their habits. The research is clear: Preparation is the key. As the saying goes, “Failing to plan is planning to fail.” Habit planning is far more important than motivation and willpower.

Creating a new positive habit is form of human engineering that requires students to discover their optimal cue/action pattern (if X, then Y), as well as the intellectual humility to anticipate a weakness or flaw in their habit design. For example, some schools encourage students to develop their own daily habit of gratitude. Students would have to identify a cue/action pattern that works best for them (in the morning or before bedtime), as well as to think critically on what could prevent them from developing their gratitude habit.

Habits are about getting 1% better every day. Aristotle got it right when he wrote that “we are what we repeatedly do.”

Yet recent research tells us that educators overlook the role of habits in student self-regulation. That’s why it’s time for parents and educators, especially during these stress-filled times, to work together to help all students harness the energy and power of positive habits.

Let’s imagine a future where 12th graders are talking to eighth graders about habits, with the older students sharing one positive habit they now consistently practice. Or where every student, at the beginning of the school year, is encouraged to share with their teachers and peers one habit they would like to strengthen by winter break. These are just a few ideas to inspire and equip young people to intrinsically form their own habits of mind, heart, and action.

I’d love to learn your ideas and suggestions to help our students form a habit mindset. Please reach out to me at arthur@character.org.