In a world where “no news is good news” and good news is not news, the media often skim over stories of altruistic behavior, sensationalizing conflict instead. However, a new study suggests that good news can actually inspire good deeds.

The study, published in the Journal of Personality and Social Psychology, examines the warm, uplifting feeling we get from watching someone act with courage or compassion—a feeling psychologists refer to as “moral elevation.” Researchers have found that elevation induces positive emotions, makes people believe in the goodness of humanity, and inspires them to act more altruistically. 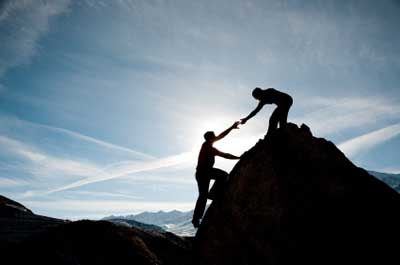 In the study, researchers explored whether people are inspired to do good by simply thinking about acts of goodwill without witnessing them firsthand. They also attempted to determine whether common acts of kindness would be enough to elicit feelings of moral elevation, or whether the deeds had to be extraordinary.

“We have reason to believe that even a seemingly weak stimulus, like a story of moral goodness, can evoke moral elevation responses in nonexperimental settings,” write the authors. Therefore, if the news were to report on impressive good deeds more frequently, perhaps we would see a far-reaching ripple effect among readers.

Its a great study of how compassion has rippling effect.It is a such important study.If we could do an extensive reserach on issue if a person can change significant their life in very holistic prespective after rippling compassionate.If you guys need help i would love to be involved in your research.

i totaly agree with Rahul