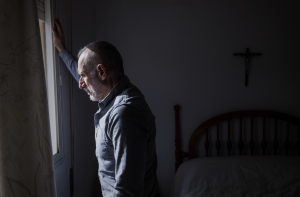 A decade of psychological research has revealed what ancient wisdom has long suggested: Humility is a virtue worth cultivating. In my recent book, Humble, I make the case that the data reveal numerous advantages to trying to become a more humble person. In fact, I desperately think it’s what our society needs right now.

But I also think that humility has a dark side. And it’s something that has largely gone unexamined—until recently. New data suggest that in certain cases, humility has some significant costs. These findings suggest why it might be so hard for many of us to cultivate this ancient virtue.

Humility and the human condition

There are different kinds or expressions of humility. Humility around our beliefs or worldviews is known as intellectual humility. It refers to our ability to admit what we don’t know, admit own our limitations, express our beliefs non-defensively, and be willing to change our beliefs when provided sufficiently strong evidence. Usually, intellectual humility is a good thing—who wouldn’t want to embrace open-mindedness, curiosity, a desire to learn, and changing one’s mind when learning about something new?

But there might be situations when this strength may feel like a liability. That is, in some situations, feelings of security and certainty might be more appealing—and maybe even psychologically necessary. One area where full investment in one’s beliefs may feel safest and most promising is when considering existential concerns. So, to understand the dark side of humility, we need to first appreciate some of the existential realities that come with being human. All of us must come to terms with several “givens” of human existence.

For example, each of us have to make decisions from countless options and live with the ramifications of those decisions. Researchers call this groundlessness or freedom, and we see it when we’re gripped with anxiety trying to decide what major to select in college, what career to pursue, which partner to marry, or where to live. Later in life, this may come back as regret, as we rethink whether we made the right choices, given our decreasing options and the consequences of living with such decisions.

Another reality we must face is isolation, which is the awareness that each of us enter into and depart from this world completely alone. Our daily existence is marked by a unique and phenomenologically separate experience. No one knows what it is like to be us, nor do we know what it is like to be someone else. For this reason, we strive to earn the validation and approval of others, as we want them to affirm our experiences as real. In our mind, endorsement of our lived experiences also serves as an affirmation of our humanity.

We must also navigate a constantly changing identity, in which we try to make sense of ourselves, and our place in the world, despite that fact that we, and the world, are constantly evolving. We ask ourselves, “Who am I?” and often look toward external sources to define us. We seek our identity in fleeting standards of wealth, beauty, fame, status, or recognition. We figure that if other people tell us that we’re enough, we must, in fact, be enough. We put our humanity in the hands of others.

Despite all of these wildly unpredictable and uncertain realities of being human, the one thing we can count on—the only certainty in life at all—is that, one day, we’re going to die.

Indeed, our mortality is a central concern that often leaves us prone to significant anxiety and existential angst. We know that everything that has ever lived has died, and, like them, we cannot escape that outcome. So, we try to deny our mortality through our anti-aging regimens or surgical procedures, through philanthropic efforts that will lead to buildings or programs that bear our name, by seeking symbolic immortality through our creative, intellectual, or athletic achievements, or by adhering to religious beliefs that promise to solve death altogether through the provision of actual, literal immortality. We’re terrified of death and will try to do anything to escape or deny it.

Taking stock of the human condition—a groundless, isolated individual who is unsure of who they are but only sure that one day they’re going to die—often leaves us feeling meaningless. We question whether the world is uncaring, unkind, or indifferent, and whether there is any purpose or grand design to life at all. At times, we may feel overwhelmed by our own cosmic insignificance, which is why we try to imbue life with meaning, by seeking order in the chaos, purpose in the noise, and meaning among the mundane. Surely, we cannot believe that life lacks meaning—so we look for it, and create it, everywhere.

Although we humans have to live with these realities, and constantly contemplating these facts of life should render us gripped with terror and dread, most of us don’t spend much of our days giving these concerns any thought. We’re able to effectively answer these deep and enduring questions—and keep any potential existential fear at bay—by constructing and adhering to cultural worldviews. Put another way, we tackle these existential concerns by investing in certain belief systems that promise to resolve these fears.

And therein lies the critical tension with intellectual humility: We often invest in these beliefs so strongly because there is so much at stake. Who wants to be wrong about what happens to us after we die or what the meaning of life is? Because of this, people usually hold strong beliefs about existential realities and may be resistant to change. Holding such beliefs humbly can be tricky—asking people to change such deep beliefs might be unsettling. After all, these worldviews help us manage existential anxiety, so casting doubt on these very beliefs may undermine our psychological well-being.

Each person’s worldview or belief system addresses these concerns. For example, religious worldviews appear to check all of the existential boxes. Many Western religions grant their believers the confidence that God is directing our path (resolving groundlessness), knows and loves us deeply (overcoming isolation), grants us with a unique identity as a follower (solving identity), can grant us everlasting and eternal life (conquering death), and gives ultimate meaning to this life (vanquishing meaninglessness). For this reason, religion is a prevailing existential worldview, and it has been a powerful and persistent feature of human life for millennia. Across all cultures and spanning much of recorded time, people have been religious.

Now, you don’t have to be religious to have a worldview that addresses existential concerns. People align with political parties and adopt their ideologies as a way to make sense of the world. Others take pride in their country, find an identity in their work, or seek belonging and connection in groups with shared goals and values. Worldviews are merely a meaningful way to interpret the world that provides people with a sense of significance and purpose.

There are different ways to hold these worldviews.

On one end of the spectrum are security-focused beliefs: They offer certainty. Such beliefs have the benefit of reducing anxiety and providing life with meaning. This is often why strong and absolute beliefs systems, such as religious fundamentalism or political authoritarianism, may be so attractive to some. They make people feel good because beliefs like these, or people who hold their beliefs in ways that prioritize security, prioritize certainty. You know you’re right, which means that other people are wrong.

On the other end, we find growth-focused beliefs: They embrace doubt, questioning, and openness, but do so at the cost of higher anxiety and a lower sense of meaning in life. People who hold these beliefs report higher existential anxiety, and they are often searching for meaning because they leave enough room for doubt in their beliefs. They aren’t convinced that they have all the answers—and this comes with a psychological toll. However, they are more tolerant and accepting of others who are differ from them, in part because they’re more curious and open-minded. They figure that they can learn from people who are different from them.

Intellectually humble people often embrace a growth-focused stance. They admit the limitations of their beliefs and see the value of questioning. They are willing to revise their opinions and change what they think. But, perhaps in doing so, such doubt opens them up to undermining the security that comes with confident and sure certainty and conviction. They see the existential realities as they are. They’ve peered into the void and embrace the inherent boundedness of the human condition.

This is where we see a potential dark side to humility—and that’s what we set out to study.

My students and I examined intellectual humility around these core existential questions. We conducted four different studies.

In the first two, we surveyed college students and community members to examine the relationship between intellectual humility and their existential and death anxiety. Indeed, we found that people who held their core beliefs more humbly had greater death-related anxiety. This was our first clue that intellectual humility around existential issues may leave us open to existential dread; people who admit they could be wrong and are willing to revise their beliefs are more anxious about the ultimate concern of death.

Given a potential downside of holding existential beliefs humbly, we then looked at religious well-being—feelings of peace, connection, and meaning with God or a higher power. So, our third study surveyed college students three times over six weeks on their spiritual well-being, with statements such as “My relation with God contributes to my sense of well-being.” Consistent with the previous study, we found that more intellectually humble students had lower religious well-being in the future (both three and six weeks later).

Finally, we conducted a yearlong study of people who were experiencing changes in their religious beliefs. The results were telling. In this sample of “ex-vangelicals” (i.e., people who stopped identifying as Christian evangelicals), intellectual humility predicted less religious belief in the future, and in turn poorer religious well-being. Holding one’s beliefs humbly may erode them, and comes with a significant cost: It exposes them to existential terror. If I’m wrong about this one thing, what else might I be wrong about? And what are the consequences if I’m wrong?

Intellectual humility about life’s biggest questions sometimes means carrying the burden of poorer well-being. With all of the benefits of humility, one of the costs is the existential distress of knowing that you might very well be wrong. But before we decide that this is a toll too steep, I might suggest that we acknowledge this is simply a feature of holding one’s beliefs humbly. Perhaps what we need is to develop existential distress tolerance, or the capacity to live with the persistent discomfort that accompanies acknowledging the limitations of human knowledge and the incompleteness of our own beliefs.

Existential realities provide a strong test for intellectual humility. After all, there is so much at stake. People don’t want to be wrong about what happens after death, or how to find meaning in life. Thus, many people commit to holding firm and unwavering beliefs. Admitting you’re wrong about such things can be terrifying.

There’s no escaping the existential realities that come with being human. And there’s no averting the anxiety that is generated when facing them honestly. By shifting our expectations, and embracing that existential discomfort that is part of a thoughtful and honest awareness of our condition, we don’t have to rush to “fix” such anxiety. It’s a natural part of being alive. And, perhaps, it’s a dark side of humility worth bearing.