In ninth century B.C. Greece, conventional wisdom held that the gods caused mental illnesses by stealing people’s minds. Large numbers of the mentally ill were stoned or murdered, and countless others hid at home rather than face such severe threats and social stigma.

To be sure, a lot has changed since then—after all, mental illness is now a subject of wide scientific concern and public discourse. Yet in The Mark of Shame, University of California, Berkeley, psychologist Stephen Hinshaw argues persuasively that the mentally ill still suffer from intense shame and discrimination, often with debilitating results. In many cases, forms of discrimination have become so common and institutionalized that we don’t even recognize them—for instance, in insults such as “You’re crazy!” or “He’s a psycho!” and in the antipathy we show toward the homeless, at least a third of whom suffer from severe mental disorders. 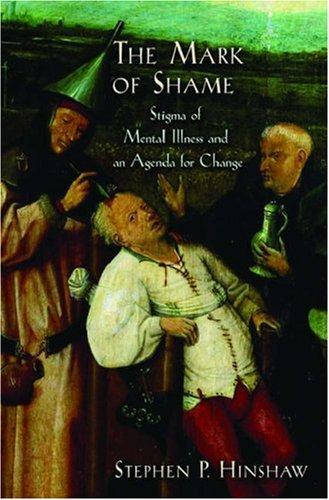 Hinshaw’s previous book, The Years of Silence are Past, chronicled his own father’s struggle with bipolar disorder, and The Mark of Shame serves as a valuable successor and companion volume to that work.  (Full disclosure: Hinshaw is a founder of the Greater Good Science Center, which publishes Greater Good.) Building on his own personal experiences, Hinshaw draws from psychology, sociology, and history to provide a rigorous analysis of the challenges the mentally ill face today. And despite the heavy subject manner, he manages to offer grounds for hope: The last third of the book truly does offer the “agenda for change” promised by its title, outlining steps that the media, policy makers, and family members can take to reduce the stigmatization of the mentally ill.