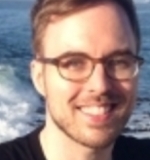 Nicholas Eaton, Ph.D., is an assistant professor of clinical psychology at Stony Brook University (The State University of New York).

Dr. Eaton’s primary research interests involve the conceptualization and classification of psychopathology. This work focuses on quantitative modeling to investigate the structure of mental disorders. The way mental disorders are currently defined is largely a reflection of expert opinion, rather than systematic empirical study. When clinicians diagnose patients, they attempt to fit the patients into a predetermined set of disorders, enshrined in classification systems like the DSM-5. Unfortunately, there is often a significant mismatch between the observed data (patients’ symptoms) and the organizing model (the diagnoses). Dr. Eaton’s research takes the alternative approach: Starting with information about patients’ symptoms, he uses these data to create new psychopathology constructs. The goal is to produce an accurate characterization of mental disorders as they actually occur in nature by letting the data, rather than expert opinion, tell the story.

Toward these ends, Dr. Eaton applies quantitative methods that allow for the direct testing of alternative hypotheses about mental disorder structure. For instance, are mental disorders best defined as categories (yes/no diagnoses), dimensions (symptom levels ranging from very low to very high), or category-dimension hybrids? These investigations utilize such approaches as exploratory and confirmatory factor analysis, structural equation modeling, latent class analysis, exploratory factor mixture modeling, item response theory (IRT), and model-based cluster analysis. He has a strong interest in psychometrics as well, including the reliable and valid assessment of psychopathology and personality.

Dr. Eaton is also very interested in individual and group differences. In terms of individual differences, his research addresses the intersections between normal-range personality, pathological personality, and mental disorders. Regarding group differences, Dr. Eaton is particularly interested in mental health disparities between groups, as defined by age cohorts, gender, nationality/culture, race/ethnicity, sexual orientation, and so on. From where do these disparities emerge? Can a more accurate characterization of psychopathology help us understand these questions better?

Finally, one area of particular interest to Dr. Eaton is research on human sexuality, sexual orientation, and gender identity. How can we conceptualize and classify the diversity of sexual attractions, behaviors, and identities? What is the best way to define and assess sexual orientation? Some of Dr. Eaton’s research in this area concerns what underpins the higher rates of mental disorders observed in LGBT individuals. For instance, what role do discrimination and harassment play in the development of mental disorders in sexual minorities? In addition, he wishes to pursue questions relating to understudied gender and sexual minorities, including transgender, bisexual, and asexual individuals. 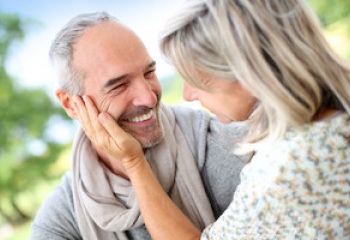 Why Sex Gets Better in Old Age

According to a new study, our sexual priorities change as we age and that keeps our sex lives satisfying.