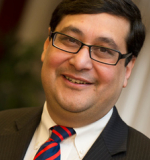 Adil Najam, Ph.D., is the dean of the Frederick S. Pardee School of Global Studies at Boston University, where he is also a professor of international relations and of earth & environment. Earlier, he has served as vice chancellor of Lahore University of Management Sciences in Lahore, Pakistan; and as director of the Pardee Center for the Study of the Longer-Range Future at Boston University.

Professor Najam was a co-author for the Third and Fourth Assessments of the Intergovernmental Panel on Climate Change, work for which the scientific panel was awarded the 2007 Nobel Peace Prize for advancing the public understanding of climate change science. In 2008, he was invited by the United Nations Secretary General to serve on the UN Committee on Development. In 2010, he was awarded the Sitara-i-Imtiaz (Star of Excellence), one of Pakistan’s highest civil awards by the President of Pakistan.

Professor Najam has written nearly 100 scholarly papers and book chapters, and his recent books include South Asia 2060: Envisioning Regional Futures (2013); How Immigrants Impact their Homelands (2013); The Future of South-South Economic Relations (2012); Trade and Environment Negotiations: A Resource Book (2007); Envisioning a Sustainable Development Agenda for Trade and Environment (2007); Pakistanis in America: Portrait of a Giving Community (2006); Global Environmental Governance: A Reform Agenda (2006); Environment, Development and Human Security: Perspectives from South Asia (2003); and Civic Entrepreneurship (2002). Professor Najam is frequently interviewed by and writes for the popular media and is the founding editor of the award-winning blog Pakistaniat.com (voted the Best Current Affairs Blog in Pakistan [2010] and also won the 2010 Brass Crescent Award for Best Muslim Blog from South Asia).

He is a past winner of MIT’s Goodwin Medal for Effective Teaching, the Fletcher School Paddock Teaching Award, and the Stein Rokan Award of the International Political Science Association, the ARNOVA Emerging Scholar Award, and the Pakistan Television Medal for Outstanding Achievement. In 2011, he was elected a Trustee on the International Board of WWF; and in 2013 elected a Trustee of The Asia Foundation. He has been a council member of the International Institute for Applied Systems Analysis in Vienna, Austria; and is the board chair of the South Asia Network of Development and Environmental Economics. Dr. Najam has also served on the Academic Council of the South Asian University, New Delhi, India, and the Syndicate (Board) of the University of Engineering and Technology, Lahore, Pakistan. He continues to serve as a board’s visiting committee member at the Massachusetts Institute of Technology. 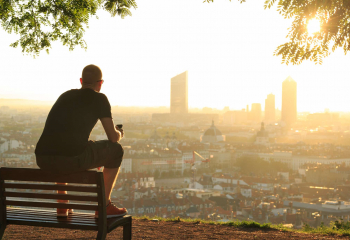 Ninety-nine thinkers weigh in on how COVID-19 will impact our future.