At least 200,000 people have been killed in Darfur, more than one million Ethiopians starved to death in the mid-1980s, and an estimated 800,000 Rwandans were killed in 100 days in 1994—all as the world looked on. Confronted with these staggering death tolls, why haven’t people done more to intervene?

New research suggests that, if you want to encourage people to take humanitarian action, figures like these actually do more harm than good. In a series of experiments, psychologists Deborah Small, George Loewenstein, and Paul Slovic provided people with one of two letters from an anti-hunger charity, requesting a donation. One letter provided statistics about starvation in Africa; another featured the story of a single African girl who was suffering from starvation. In one version of the experiment, some people received a different letter, providing the statistics alongside the girl’s story. The psychologists then gave all study participants the chance to donate money to the charity. 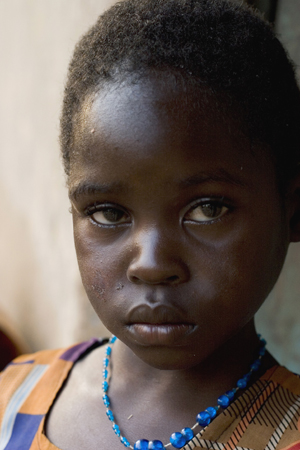 These results were consistent with other research showing that people are biased in their charitable giving: They typically give more money to causes when they know about individual victims rather than abstract statistics. The psychologists informed some study participants of this common bias in an effort to see how that knowledge might change their behavior. It had a perverse effect: Informed study participants gave less to the identifiable little girl, but they did not give more to the statistical victims.

Writing about their results in the journal Organizational Behavior and Human Decision Processes, the researchers conclude that people have more sympathy for identifiable victims because they invoke a powerful, heartfelt emotional response, whereas impersonal numbers trigger the mind’s calculator. In a fascinating cognitive twist, this appeal to reason actually stunts our altruistic impulses.

“A pitch from a charity or a news article that personalizes suffering or tragedy is the most effective way to get people to care,” says Small. “Finding a way to make people feel a personal connection to victims should increase giving.”

The good news is that inaction in response to suffering does not seem to come from any fundamental deficiency in our humanity: People are, after all, often very motivated to exert significant effort to help needy individuals. But activists and policy makers shouldn’t assume there’s some humanitarian tipping point, where people will be galvanized into action once a crisis amasses a high enough body count. What may be more successful in spurring a response to genocide and other crises are detailed individual stories that resonate with the human instinct for compassion.

This is the most informed writing I’ve ever seen on this subject.
I agree with Small that finding a way to make people feel a personal connection to victims should increase giving. People are often very motivated to exert significant effort to help needy individuals. Today there is a lot of advertisment that abusing someone’s misfortune, leave the account numbers where anyone can donate some money. But in reality these donations go entirely to a different sourses. All that I can add is I wish there were less than the millions of other needy children! Let’s hope about that!