The race is not always to the swift, but to those who keep on running. —Author Unknown

Like 44 percent of the population, I will make New Year’s Resolutions this year, and I’m starting to think about them already.  As we celebrate Thanksgiving and Hanukah and Christmas—holidays all accompanied by special foods and big meals, often with more cheese and sweets than I ingest in January through October combined—I know that one of my resolutions is going to be to get back into a regular exercise regimen. 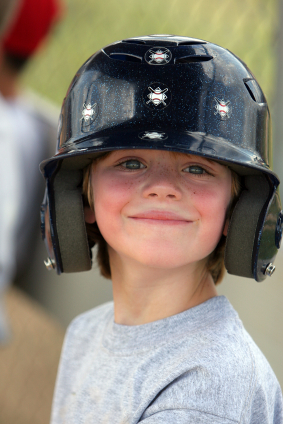 I know you already know that you should exercise.  But I also know that I should exercise, and I often don’t. Whenever I need some additional motivation to get off the couch and into a pair of sweatpants (and then out the door once I’m in those cozy sweatpants), I think about the research behind the benefits of exercise—for our health, for our happiness, and, yes, for our children.

• Research shows that older people cut their risk for general dementia in half by exercising, and the odds they’ll get Alzheimer’s by 60 percent.

• Exercise is one of the best ways we know of to cope with the pressures and anxieties of modern life; it slows the physical and mental toll that stress can take on our bodies.

• Happiness expert Sonja Lybermirsky says exercise “may very well be the most effective instant happiness booster of all activities.”

• A Duke university study found exercise to be generally as effective as drugs for treating depression.

Even if you aren’t depressed or stressed, exercise is a happiness must-have.

Exercise isn’t just for adults.
This year, I’m also going to encourage my kids to make exercise goals.  I’ve always thought of my daughters as the smart, artsy types—kids who’d rather stay in and read or paint than, say, play volleyball.

But I of all people should know that pigeon-holing my kids out of being athletic could be damaging to them for several reasons. (I believe I’ve referred to them recently as “clover-pickers” on the athletic field because they don’t seem to try very hard—yikes.)

In truth, my kids love to be active physically.  They could scramble around the local park for hours, they love their scooters, play a mean game of four-square, and they genuinely look forward to PE (obviously, their teacher is doing something different than the PE teachers of my childhood).  So why don’t I see them as athletes?

The fact is that athletics and intellectual prowess—and even creativity—go hand and hand.  Evidence from the research world is in:

• Having kids move around—not even breaking a sweat—can enhance their intelligence, creativity, concentration, and their planning skills.

Here’s how it works.  Exercise affects the brain by building neural connections in the parts of the brain responsible for memory and “executive function,” the brain regions that help kids plan and direct their action.  They need this in school to control their impulses, organize their homework, and then, of course, to get their work done.

Truly, I had no idea that there was such a strong relationship between a person’s physical fitness and their IQ: Why in the world do we assume jocks are dumb?  This college admissions myth has trickled down to our elementary and high school kids, and it isn’t doing them any favors.

Making it Happen
How much exercise do kids need?  Less than you’d think.  They appear to benefit from even small bursts of physical activity.  On the one hand, overweight kids in one study needed at least 40 minutes of aerobic exercise five days a week to see improvements in their ability to plan (which requires improved executive function).  On the other hand, studies show cognitive benefits from just 10 minutes of jumping around and clapping.

And for me, the cheese-and-chocolate-eating parent?  Again, I don’t need to do much exercise to reap the brain and mood benefits.  I’ll be adding a daily 20-30 minute walk to my lunchtime routine and calling it a day.  Of course, I would benefit even more from a weekly strength-training regime, but I believe deeply in starting small.  I’d rather make slow but long-lasting progress than have an ambitious failure.

To really boost my mood, I’ll take my walk outside where there are a lot of trees, because research shows that green exercise—“activity in the presence of nature”—packs the biggest punch to our self-esteem and mental health.  If I’m really needing a happiness picker-upper, I’ll get myself to the waterfront, because the same study shows that the presence of water generates the largest effects.

I find my daily walks to be more restful than the strenuous running or biking I thought I needed to call an activity “exercise.”  An overwhelming amount of evidence shows we need rest more than we need more activities and busyness and lessons.  And sometimes that break in the action is actually… physical activity!

The same is true for our kids. More schoolwork, more studying: Here is a case where more is not better.  Even when increasing kids’ physical activity means that they spend less time in the classroom, their intelligence and school performance improves.  All this goes to show that we need to just send our kids outside to play more often—and that we should go with them!

Lyubomirsky, Sonja, 2008. The How of Happiness (Penguin: New York).