As anyone who saw last year's Milk knows, Harvey Milk was the first openly gay man to hold a major public office in the United States, and he used his position to passionately urge gays and lesbians to come out to family, friends, and co-workers. This was the surest way, Milk believed, to overcome the social stigma and discrimination they faced. Now, a recent study offers some psychological evidence to support Milk's political crusade, finding that people who come out as gay or lesbian actually experience greater emotional well-being. 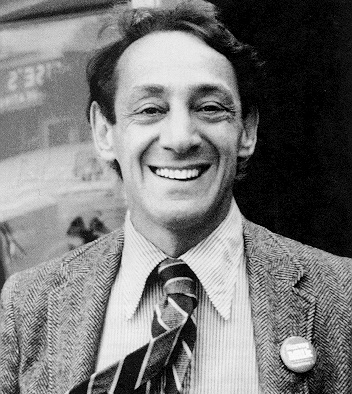 In the study, published in Personality and Social Psychology Bulletin, psychologist Kristin P. Beals and colleagues first gave a diverse sample of 35 lesbian women and 46 gay men a survey to judge their overall psychological well-being, examining their self-esteem and life satisfaction. The men and women took the same survey two months later. For two weeks in between, they were given two different diaries. In one, they noted whether they had disclosed their sexual orientation to anyone that day—not only to friends and family, but to new acquaintances or strangers as well. The other diary consisted of a series of questions that assessed various psychological factors, including levels of well-being and perceived social support.

The researchers found that participants reported more positive feelings, higher self-esteem, and more life satisfaction on days in which they revealed their sexual orientation than on days when they did not. Importantly, they also found that the decision to come out was strongly associated with perceived social support: On days when participants disclosed their sexual identity to others, they reported feeling more social support at the end of the day. In fact, these feelings of social support were even more closely tied to well-being than was the decision to come out itself. In other words, it seems that disclosure boosted well-being because it was connected to greater feelings of support and understanding.

The researchers also discovered that participants engaged in more emotional processing—that is, actively thinking about their experiences in ways that helped make sense of them—on days when they revealed their sexual orientation; in turn, this emotional processing was associated with greater levels of well-being at the end of the day.

Not surprisingly, the researchers found that when people concealed their sexual identity, they experienced more feelings of emotional suppression. More surprising was that participants even reported feeling this suppression after not coming out to a new acquaintance or stranger. In the two month follow-up survey, greater feelings of suppression were associated with lower life satisfaction and greater depression.

Though the study shows an important connection between disclosing one's sexual identity and perceptions of social support, it's not entirely clear which one causes the other. The researchers speculate that it's disclosure that actually boosts one's feelings of social support, and thus well-being, perhaps because "gay men and lesbians are skilled at picking suitable disclosure recipients"—i.e., those who will make them feel supported, and thus feel better about themselves and their lives. But they allow that people may be more willing to come out when they believe social support is available. They call for more research to help resolve this question.

As society more liberal and more progress people`s attitude is very fast changing suffering of gay people. This is very good sing for mankind. We must give all right to gay people treat themas a human being.We must blame them this is fault of nature.
——-