As a child and young adult, I was given lots of opportunities to develop independence. I went to a boarding school at age 14 that taught self-reliance by regularly sending me into the wilderness with only a scantily-filled backpack (no tents or fleece in those days). I was raised in California, but I went to college in New Hampshire, and after graduation, I moved to Chicago.

All of this was somewhat heart-breaking for my parents: They wanted me at home. My parents lobbied hard for local schools, and my father made me sign a contract (albeit on a napkin) saying I would not fall in love on the East Coast and marry and never return to California. (After my first New Hampshire winter, I reassured him that love couldn’t be that strong.)

My early independence worked out for me, and it didn’t cost our family anything in closeness, as we all live near each other now and see each other regularly. 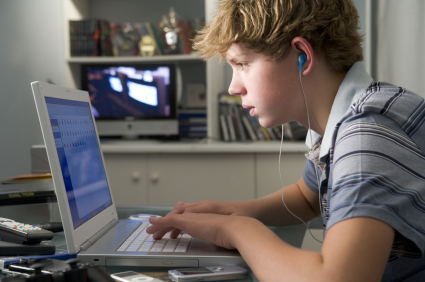 I’d like to foster the same independence in my own children, too. But a recent article in The New York Times, “ The Go-Nowhere Generation,” made me realize that independence may no longer be stereotypically American. Consider these trends, pointed out by the article’s authors, Todd and Victoria Buchholz:

-Young adults are now 40 percent less likely to move to a new state than they were in the 1980s.

-The percentage of 20-somethings living at home doubled between 1980 and 2008. (It has increased further since the Great Recession hit.)

-Here’s my favorite: “In the most startling behavioral change among young people since James Dean and Marlon Brando started mumbling, an increasing number of teenagers are not even bothering to get their driver’s licences.” Only 65 percent of teens get their licences now; back in my day, 80 percent of us did.

While it is easy to blame the economy for all of these trends, young people stopped getting their driver’s licences in droves and started getting stuck at home before the recession hit. So the economy doesn’t explain everything.

Research is clear that strong connections to loved ones—the kind of closeness I’ve tried to maintain with my family—are key to long-term happiness. But that doesn’t require that kids be tethered to their parents.

Self-sufficiency can also be a huge part of happiness, and it doesn’t need to be at odds with a strong community. I don’t think most parents want their children to be stuck at home; generally, I think we want our kids to grow up and find their own path. Here are some things we can do to make sure our kids aren’t afraid to leave the nest:

(1) Foster the growth-mindset, or the belief that people are successful because of their hard work and effort rather than their innate talents.

When kids believe that their success comes from raw talent, they become risk-averse and generally they don’t try as hard. If I tell my daughter that she has “a natural gift” for math, for example, she’ll likely try to make sure she doesn’t lose that special label. She might become less apt to practice problems at home, because practicing isn’t something you need to do if you’re “gifted.” And she’ll become less likely to do the extra-credit “challenge” problems in her homework, because if she doesn’t get them correct, she might no longer seem super smart at math.

One hypothesis about why our kids have become home-bodies is that our culture has become so achievement-oriented that we are teaching kids to fear challenge and risk. If they aren’t instantly good at something, they assume they must not be talented at it. And if they are good at something, we tell them they are talented, which also tends to make them fear challenge. When kids avoid challenge and risk, they get stuck in place.

When we foster the growth-mindset, instead, kids embrace challenge with less fear.

(2) Teach kids to make their own luck. Kids raised during recessions are more likely to believe that luck plays a larger role in their success, which means that they tend not to try as hard. “Young people raised during recessions end up less entrepreneurial and less willing to leave home because they believe that luck counts more than effort,” Paola Guiliano, an economist at UCLA, says in that New York Times article.

In addition to emphasizing how important effort is for success, we can actively teach kids that they can increase their own luck with a little effort and know-how.  This series details the science of making your own luck.

(3) Send kids to a sleep-away camp for a week or two over the summer. You read that right: Let them practice being away from you in a safe environment.

Camp is good for kids for many reasons. They get a break from their often high-pressure and high-stress academic lives; they get a chance to commune with the great outdoors, without the influence of the media or the distraction of electronics; they build social skills and long-lasting social connections.

But I think the greatest value of summercamp may be that it allows kids to gain valuable independence and confidence in their ability to solve their own problems—without mom or dad. (Camp isn’t just for the wealthy, by the way: Girl Scouts runs very affordable overnight camps during the summertime.)

While our children are learning how to deal with their homesickness at summercamp, many parents in our generation also need to practice coping with “kid-sickness,” those intense feelings of separation anxiety parents get when they are away from their children. (As far as I know, the term was only coined in 2010 by Audrey Monke, who runs Gold Arrow Camp). Gripped by those feelings, many parents inadvertently stunt their children’s growth, condemning them to become the “stuck-at-home generation.”

Let me again stress an important caveat: While independence is a part of happiness, so is connectedness. I think past generations may have gone too far, making oh-so-independent Americans less connected to friends and family than people are in other cultures.

So as with everything, we need to strike a balance. But kids who are afraid to leave the nest will make different decisions than they would if they weren’t distracted or held back by fear. Their lives will likely be less meaningful, less fulfilling, and, probably, less happy. As Andre Gide once said, our children “cannot discover new oceans unless [they have] the courage to lose sight of the shore.”
—-