“If you’re a man, you should probably get married,” says behavioral scientist Paul Dolan. “If you’re a woman, don’t bother.” 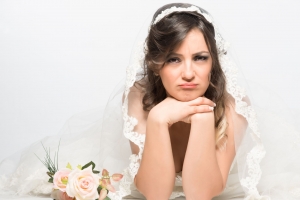 Dolan is a professor at the London School of Economics. In his new book, Happy Ever After: Escaping the Myth of the Perfect Life, Dolan matter-of-factly pits fairytale archetypes of marital bliss against the empirical evidence.

Unfortunately, Dolan inadvertently misunderstood the data that justified this particular sage advice. He based his opinion on telephone poll results supposedly showing that women professed lower happiness levels when their spouse was out of the room, which would theoretically produce a more honest answer. In fact, interviewers weren’t asking if he’d stepped out of the kitchen to go to the bathroom. People who answered yes to “spouse absent” were married but no longer sharing a household with their spouse, a much sadder scenario. Being married was probably not what made the women in the survey less happy—it was separation from their spouse.

Even so, Dolan’s book has managed to reignite an important debate: Is it bad for women to be married?

According to science, no. Historically, large studies show that, on average, married people report greater happiness later in life than unmarried people. Separated and divorced people tend to fall into a less-happy bucket, while the never-married and widowed fall someplace in between. Studies also report upticks in happiness in the lead-up to weddings and just after—the so-called “honeymoon effect”—though this benefit to happiness gradually wanes to slightly above pre-wedding levels over time. These positive effects of marriage on happiness are there for both women and men.

Some suggest, however, that married people are happier because they were happier to begin with. While studies do show that happier people are more likely to get—and stay—married, this does not fully explain the relationship. Happy people who get married still end up happier than happy people who don’t. The relationship between marriage and happiness is, like most things in psychological science, bi-directional. In other words, it’s what you do to foster happiness as an individual and a spouse that makes a difference, not marriage all by itself. “Marriage doesn’t make you happy,” says Harvard psychology professor and happiness expert Daniel Gilbert. “Happy marriages make you happy.”

Indeed, when studies measure it, marital satisfaction is a much stronger predictor of happiness than just being married, and being in a toxic relationship is decidedly bad for happiness. Single people who elect to never marry but have strong social support through other means can certainly be happy, and happiness increases when low-quality marriages dissolve—again, that’s true for both men and women. Altogether, decades of research from human development, psychology, neuroscience, and medicine irrefutably converge on this conclusion: Being in a long-term, committed relationship that offers reliable support, opportunities to be supportive, and a social context for meaningful shared experiences over time is definitely good for your well-being.

Does that mean we should dismiss Dolan’s critique of marriage out of hand? Again, the answer is no—because he makes a larger point that still stands: Trying to live up to any rigid ideal—including being swept up into the perfect marriage and believing that this will bring you happiness—actually gets in the way of happiness. It’s misleading to expect you will meet “the one” and live happily ever after because it takes effort to 1) get to know people and 2) maintain love.

People who stay in relationships that turn sour in order to preserve this ideal—for the sake of appearances, for kids, or for basic sustenance—may be married, but it hurts their happiness. People who confine themselves to traditional but ill-fitting roles in marriage (e.g., the breadwinning husband or the subservient, sexy wife) live and relate less authentically. This lowers happiness both for individuals and between them. Dolan is right to warn that most of us will probably fail one way or another if we try to live up to the insurmountable ideal of effortless, happiness-bestowing marital bliss. He’s also right that this aspiration may be especially bad for women, for whom internalized media norms have tied self-worth to not being a spinster—a narrative that fuels the urge to seek salvation through marriage and accentuates the ensuing defeat when it doesn’t pan out.

Dolan does a good job highlighting the ways that we all end up so ill-prepared for happy marriages. One key problem? Most societies never explicitly train people in the skills that are most helpful for getting to know each other and maintaining love over a lifetime. After elementary school, skills that help us form, strengthen, and sustain long-term social bonds—like empathic listening, expressing gratitude, or forgiveness—are rarely practiced. We mostly assume these abilities will arise with maturity. Then, resources for supporting couples in relationships before or during marriage—or even to maintain civil discourse after divorce—are often hard to find and expensive. Though wedding officiants, rituals, and ceremonies often appeal to attendees as witnesses that may be called upon to provide couple support “in sickness and in health,” it seems like few make it their business to intervene, and couples rarely reach out before it is too late. 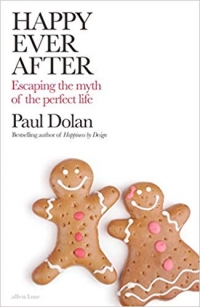 At the Greater Good Science Center, it’s core to our mission to provide research-tested activities, exercises, and practices for fostering the kinds of enduring social connections that scaffold and sustainably support happiness—and nearly all of these can be readily applied to upskilling marital happiness. However, to take advantage of our resources requires knowledge that they exist, the motivation to seek them out, and the courage to try practices yourself and together with your partner.

Dolan’s message has spurred passionate discussion about the flawed, unequal institution of marriage. It has also triggered complementary calls to celebrate marriage as the fundamental interstitial tissue that holds human civilization together. But to me (and to Dolan, I suspect, given his earlier publications about the factors that fuel happiness), the important point here is that being married is, more often than not, good for happiness because it offers a readily accessible, culturally endorsed container for enduring, supportive social connection.

At the same time, we know that marriage itself is not the magic wand. Getting married won’t automatically make you a happy person. In fact, you can gain similar benefits from other kinds of relationships with friends and relatives. In building a happier life, both women and men all have something better than magic. We have the ability to learn the specific skills we need to forge and maintain better relationships of all kinds.