This month, we feature videos of a Greater Good presentation by Daniel Siegel about his new book, Brainstorm: The Power and Purpose of the Teenage Brain. In this excerpt from his talk, Dr. Siegel describes how the transition from childhood to adolescence changes how kids relate to peers and parents.

Imagine you are asleep in bed and the light begins to come in through your window. Your father comes into your room, kisses you gently on the forehead, and says, “Good morning, Sweetie. What would you like for breakfast?” 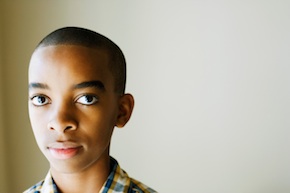 Thirty minutes later, you come down dressed and you have your steaming bowl of oatmeal.

That’s the way it is in childhood for many of us, when we’re looked after by our parents or other caregivers. Now, why would you ever give it up? Your mind would have to change in a way that drove you away from your dad’s oatmeal.

The key lies in the oatmeal—or rather, who we turn to for the oatmeal. The adolescent brain transforms our relationships, so that we no longer look to parents or caregivers alone for our oatmeal. Instead, we look also to our friends and to society.

So how does nature do that? The adolescent brain goes through a lot of changes, but here I just want to focus on three that transform our relationships to other people—and I’ll explore the practical implications for parenting and education. 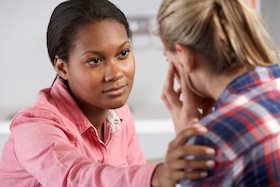 As a child approaches adolescence, his or her emotions become more intense. How do we know that? It’s not just from slamming doors and sometimes intense sulking at the dinner table. The limbic area of our nervous system works closely with the brainstem and the body to create emotion—and in the adolescent brain, we see that those structures exert much more influence on higher-level reasoning from upper regions of the teen brain than in children or adults.

One study, for example, put kids, adolescents, and adults into a brain scanner and showed them a picture of an emotionally expressive or neutral face. They found more intense emotional responses among adolescent, and a relatively mild response among both the kids and adults.

Teens are also more likely to see emotion in other people, even when there is none. When you show a neutral face to an adolescent in a brain scanner, their amygdala activates—they think that the person is having a negative emotional response rather than a neutral one.

The downside of this increased emotionality is that teens can become more easily irritated, upset, and moody—and they can have a relationship with themselves that’s confusing. These intense subcortical influences can seem to come from nowhere. As one adolescent said to me when he heard I was writing this book, “You’ve gotta tell the adolescent, and especially the adult reading that book, that adolescents will feel one way one minute, another way the next. Tell the adults to back off! Just let us feel whatever we feel at the time.”

That’s a good tip. If an adult jumps on a teen and tries to give him a consequence just for being emotional, they’ll just push the teen away. Their brain is just doing what it is designed to do: to be more emotional.

There’s a neurotransmitter called dopamine that connects the brainstem, the limbic area, and the cortex—and one of its jobs is to make us feel good when we get a reward.

Compared to a kid or an adult, the baseline levels of dopamine in an adolescent are lower. But the release amounts are higher—and novelty is one of the major things that can trigger dopamine release. This means new things feel really, really good to a teenager. This is brilliant. Nature has created a system that drives us to seek change and novelty, a push for the unfamiliar and even the uncertain, which is what a teen must do if they’re ever going to get out of the house.

But there’s a downside, of course: What happens when dopamine levels drop? The teen gets bored with the same old, same old—which is why middle schools and high schools have got to change the way they approach the school experience. They need to play more to the teens’ innate drive for novelty.

There’s something else going on in the adolescent limbic area—specifically, the orbitofrontal, amygdala, and anterior cingulate portions—which is that the brain is changing how it evaluates whether something is good or bad. In the shift from childhood to adolescence, the brain starts to focus on the positive, thrilling aspect of a choice and minimize the negative, dangerous aspects.

We call this hyper-rational thinking, and it makes the adolescent more likely to drive fast, take narcotics, or engage in risky sexual behavior. That’s why you are three times more likely to die or get seriously injured by a preventable cause during adolescence, despite the fact that our bodies are stronger and healthier than at any other time of life.

So, parents: You’re not paranoid in generally being concerned about safety, because adolescence really is a dangerous period—necessarily so. But you know what makes it worse? Peer pressure, which leads us to the third change in the adolescent brain.

3. We seek attachment in peers 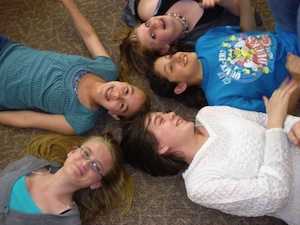 We mammals have attachment, which is built on four childhood needs: to be seen, safe, soothed, and secure. What happens with attachment in the early years is really important because infants depend on their caregivers to survive.

But as we grow older, attachment doesn’t go away—it’s a lifelong process. What happens when you’re a kid moving into adolescence? What do you do with your attachment needs? Instead of turning only toward your parents, you start turning to your peers more, which is a very healthy thing to do.

Why would it be natural to turn toward your peers as an adolescent? Because that’s on whom you’re going to depend when you leave home. Often, in the wild, a mammal without an adolescent peer group is as good as dead. So connecting with a peer group can feel like a matter of survival.  But this move toward peers can make parents feel bad. They’re no longer in the role of being the primary caregiver, and that can feel like a rejection.

One really big downside is that membership with an adolescent peer group—even if it’s just one other person—can feel like a matter of life and death: “If I don’t have at least one peer that I’m connected with, I’m gonna die.” That’s what millions and millions of years of evolution are telling this adolescent. So if there’s a party going on, the teen may very well feel as though she’s going to die if she doesn’t go.

Now, you may think that’s stupid. But it’s not stupid—it’s evolution. And though you may still say “no” to the party—or to purchasing the latest shoes—it may help the relationship if you are still able to understand the incredible sense of life and death behind it. We need that closeness for another reason that goes well beyond just one party, which is that, given the psychological stakes, teens can sacrifice morality for membership. We have a name for that: peer pressure.

So what parents and teens need to do, together, is cultivate the upside of this shift from parents to peers as attachment figures. If you spend your adolescence developing social skills, your adulthood is going to be so much better. In fact, every research study on this finds that supportive relationships are key to longevity, medical and mental health, and happiness.

So adults need to honor this adolescent process—this intense, emotional turn away from the safety of parents and toward novelty and peers. The brain is helping the teen get ready to find his oatmeal outside the house. He’s going to make his own and he’s going to find someone to make it for him.

But that doesn’t mean there’s no place for parents and other adults. The child’s brain is changing in a way that changes her relationships, and it’s crucial for parents to learn to acknowledge that their role in relation to the child is changing. We might even ask ourselves: What does adolescence have to teach adults?

When you’re a kid you look at adults and you think they know everything, especially your parents. I’m sure many adults wish we could still trust in that. But when you get to be an adolescent, suddenly your brain is changing in a way that undermines those childhood assumptions. As a teen, you realize your parents are not the heroes that you might have thought they were. You may still love them, but you realize they’re human beings, a crucial step toward becoming an adult yourself. Now this can be very disorienting, for teens and adults alike—that’s the downside.

What’s the upside? It’s that with a new brain comes a new world. Consider this possibility: The reason the human species, for good and for bad, is so adaptive to this planet is because of our adolescence. That is the moment at which everything is cast into doubt and we are fundamentally drawn to innovation and novelty. This can be dangerous for us as individuals, but it’s very good for our species as a whole.

How many adults do you know who have held on to the essence of adolescence in their adult life? Who have held on to a passion, something they’re really on fire about—our “emotional spark”? Who have stayed socially and politically engaged? Who keep up close friendships—our “social engagement”? Who keep trying new things and not settling for the same old, same old—our “novelty-seeking”? And who have kept their minds challenged with “creative explorations”?  Which adults would you say are better off—those who have held on to those adolescent preoccupations or those who have “grown up”?

Think about that the next time you feel tempted to make fun of a teenager for being a teenager, or use the term “adolescent” as an insulting, demeaning comment. Instead of mocking their emotions or rebelliousness, you might try to be a little more adolescent yourself. Research suggests that’s exactly what we all need to keep our brains young and nimble, helping us grow and imbuing us with a vitality that will serve us well throughout our lives.