Arthur Aron had recently read about the importance of celebrating your partner’s successes when his inbox pinged with an email. It was the editor of a top scientific journal, announcing that a paper he had collaborated on with his wife Elaine Aron—which she thought was a long shot—had been accepted.

He could have called her, but he remembered the research on celebration and decided to do something different: He turned the email into a huge poster, hung it on their front door, and eagerly awaited her return home. 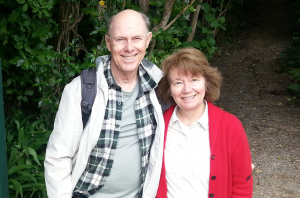 Art isn’t just any husband. He’s a relationship researcher at SUNY Stony Brook and co-creator of the famous “36 questions that lead to love.” At age 73, Art is constantly looking out for new scientific findings that he can apply to his own life. He’s been doing that ever since he and Elaine, a researcher who studies high sensitivity, met at UC Berkeley in 1967.

“Whenever I read anything—my own results [or] anything that seems like it could be good for a relationship—I jump to it,” says Art. “I say to my wife, ‘Why don’t we try this?’ and we do, and it almost always has very good effects for us.”

But back in the 1970s, there wasn’t much research for him to mine for relationship-enhancement strategies. That’s partly why Art got into the science of love—it was a field that seemed incredibly rich but resistant to scientific scrutiny thus far. His research on paths to intimacy hasn’t just revolutionized the field. It has changed his own life.

How to feel closer

Art Aron isn’t in the matchmaking business, but his work may be responsible for at least one marriage.

The 36 questions guide two people in a conversation that becomes increasingly intimate, beginning with queries like “Would you like to be famous?” and progressing to “When did you last cry in front of another person?” and “Whose death would you find most disturbing?” After 45 minutes, college-student strangers who did this exercise felt close to each other, comparable to how they felt in their average relationship. In fact, they became closer than 30 percent of students feel to their deepest companion!

These questions can be used by any pair who wants to develop intimacy—including friends and family, not just potential mates. But when they were developing the procedure at UC Santa Cruz, Aron and his team initially tested even more intense questions that were deliberately designed to create a romantic spark. That version worked so well that two research assistants, recruited to test-drive the questions, fell in love and got married.

Of course, they invited everyone in the lab to their wedding.

The Arons still use the questions as a way to connect—with each other and with other people. While attending a conference, Art heard about a study by Richard Slatcher where couples on a double date who did 36 questions as a group ended up feeling closer to each other and to their own partners. So naturally, he gave it a shot the next evening when he and his wife sat down to dinner with a couple they didn’t know that well. “Let’s try this, it might be fun,” he suggested to them.

The Arons even designed a party around 36 questions, dividing up attendees into pairs and writing custom lists of questions for them to discuss over 15 minutes. For example, one pair discovered they both played the flute when a question asked about their mutual hobby.

“It was a fun party,” he says, clarifying that it might not be everyone’s cup of tea. As introverts, he adds, “We like to have strong connections with a small number of people.”

How to combat boredom

Deep discussions aren’t the only route to a stronger relationship, of course. Sometimes you just need to mix things up.

As Art and Elaine strolled home from a play one night in Manhattan, a sign caught Art’s eye. He recalls turning to Elaine and saying, “You know, we haven’t hung out in a bar in years and years. Let’s just go hang out in the bar.” 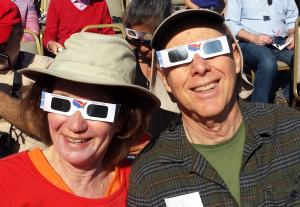 This time, the research that Art had in mind was his own work showing that doing new and exciting activities together can make couples more satisfied with their relationship (one of the reasons he and his wife go to so many plays in the first place). In this study, couples who performed a kind of intertwined gymnastics—trying to cross a padded room while their ankles and wrists were tied together—felt less bored in their relationships and rated them as better and more passionate.

Luckily, there are other options for wild-n-crazy activities outside the laboratory. This May, the Arons took a walking trip in Japan, where they traveled between villages on foot, sending their luggage ahead in a taxi and stopping for picnics along the way. This is one of their favorite things to do, but the location always changes—from Italy to Serbia to New Zealand.

They’ve also tried painting pictures of each other, attending horse races, and rafting down the Colorado River in the Grand Canyon. They’re currently considering a comedy class. And as scientists, they sometimes get the opportunity to collaborate on research together.

“You’ve run a study and you sit down and you look at the data and you analyze it—you don’t know what’s going to come out,” Art explains. “Of course, sometimes it doesn’t work, but when it does it’s really exciting, and you celebrate that together.”

The risk of not working out may be part of what makes exciting activities exciting. Your experiment may fail or, as the Arons also discovered firsthand, things might get a little rocky. Despite his seasickness, Art gamely agreed to go whale watching with Elaine once off the coast of San Francisco, loading up on prescription medication beforehand. But his best efforts at preparation didn’t prevent him from spending the whole time throwing up.

“Elaine was so supportive…that actually was nice,” he reflects.

Not all couples have the means for these expensive activities, but as the Arons’ detour into a bar suggests, it’s more about breaking routines and adventuring together than spending lots of money.

Forty-three years after the two got married, Art says they have a pretty good relationship that they’re constantly improving. They’re aware of the big picture about connection and well-being: that your partner’s well-being matters to your own, and that satisfying relationships make us happier in life.

“Relationships are so central to everyone’s life and certainly to mine,” Art says. “Not just as a scientist but as a human being.”