Is your teenager grouchy? Does your little one have a cold? Research shows that kindness is a sure route to greater happiness and, in some cases, improved health. (See last week's posting, What You Get When You Give for more about this.)

I'll close with a reader's comment on my last post that provides a nice illustration of this link between kindness, compassion, and happiness:

"I run a program that helps people overcome the emotional after-effects of traumatic illness and injury. I have seen numerous examples of people changing their life direction after they began giving of themselves to others. It also made a difference for me after I went through life changes due to heart disease and cancer."

Martin L. Hoffman, "Altruistic Behavior and the Parent-Child Relationship," Journal of Personality and Social Psychology 31, no. 5 (1975).

Nancy Eisenberg and Elizabeth Geisheker, "Content of Preachings and Power of the Model/Preacher: The Effect on Children Generosity," Developmental Psychology 15, no. 2 (1979). 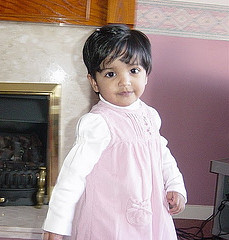 D.C. McClelland and C. Kirshnit, "The Effect of Motivational Arousal through Films on Salivary Immunoglobulin A," Psychology & Health 2, no. 1 (1988).

"Prosocial Behavior from Early to Middle Childhood Genetic and Environmental Influences on Stablility and Change," Development Psychology 42, no. 5 (2006).

Another fantastic post!  I especially like #3, I think so many parents just intuitively reward “good” behavior and thereby take away a child’s intrinsic motivation, this is a great reminder about empowering children.

I think the only time anyone feels happiness at another’s misfortune (or as the commenter said “feel happy hurting others”) is when they’ve been raised in a particularly unhealthy environment.  If kids are shown kindness, every single one of them will instinctively be happy helping others.

This, like all your posts, is extremely helpful.  I have a question/comment, however, on #5.  I have been resisting exposing my 4 year old to certain of our all-too-common realities these days, such as homeless, war and violence.  It seems to me that there will be more than enough time for her to deal with these issues when she gets older. Similarly, many of these problems involve collective political decisions, and I’m not so sure that she could understand such complexity.  Will I end up just scaring my daughter about huge groups of people “fighting” if she doesn’t understand why people go to war?  I don’t want to go super pollyanna, but it just seems silly to introduce all the pain that American capitalism offers the world when she can’t even really wipe her own butt yet.
Ideas/advice on age-appropriateness vis a vis 5 would be helpful. Believe me, I want her to get out there in the streets with me, but I want it to be something she can understand.  I don’t want her to feel overwhelmed by fear when she is simply too young to really know what she’s going to do about it