Moms and Dads, listen up: You both matter in your own important ways.

That’s the message from a recent study by Brigham Young University researchers Randal Day and Laura Padilla-Walker, whose findings suggest that there are distinctive aspects of “mothering” and “fathering” that each have important effects on kids. 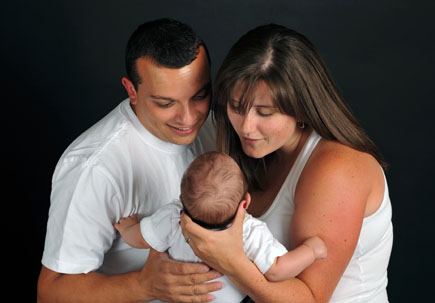 In the study, published recently in the Journal of Family Psychology, two-parent families with adolescents between the ages of 10 and 14 were interviewed to determine how connected the parents and children felt to one another, and how involved their parents were in the children’s lives.

The adolescents also filled out questionnaires meant to assess their levels of emotional self-control, as well as both negative and positive thoughts (e.g., “I feel lonely”) and behaviors (e.g., helping others).

The results showed that the involvement of both parents matters significantly. Fathers seemed particularly important to protecting their kids from negative behaviors: Dads who were more involved had kids who had more positive thoughts and fewer problem behaviors.

On the other hand, mother involvement seemed especially connected to positive behaviors, like helping others. Also, kids with more involved mothers reported feeling more hope in their lives.

To explain their findings, the authors speculate that mothers might contribute more to fostering positive behaviors because their parenting style centers on relationship building skills, whereas fathers are so important to reining in negative behaviors because their parenting style is more focused on encouraging kids to internalize the family’s rules.

But what about same-sex couples—do the same distinctions somehow apply?

Day, the lead author, notes that there hasn’t yet been a large-scale study comparing same-gender and mixed-gender parents that could answer that question.

“My best thought on this issue is that most parents (regardless of family structure or gendered combinations), for the most part, try to do the best for their children,” he says. “Probably what ultimately matters most in children’s lives are caring adults who provide engagement, safety, care, appropriate structure, and commitment to the intense task of intentional (as opposed to casual) parenting.”

I think it is difficult to say that fathers or mothers have less or more of a role in parenting than each other. The most important for any child is having both a father and mother that help them develop in different ways and of course always with love. If you are looking for fathers dayt gifts, can I suggest:
Gift Ideas