[Note: If you subscribe to get postings by email, I apoligize for the emails you got this weekend. We're still trying to figure out why they went out (clearly my area of expertise is NOT why feedburner does what it does). Big thanks to our awesome volunteers and web people, Seamus, Alexandra, and Dave, for all your work on this blog. As you can see, I am now officially back from my summer blogging hiatus. Thank you for coming back, too! I welcome your suggestions and comments.]

School starts next week, and so our kids will be back to a day of structured learning. But this year Fiona won't be taking Spanish and Mandarin and knitting and drama. Most days after school she and Molly [who starts Kindergarten!!], are going to walk home, hopefully with the neighborhood kids, and hang around and play.

I keep reading the statistics about how kids are spending less time playing, both indoors and out, and about how they are spending more time in organized activities (particularly athletics). Over the last two decades, children have lost 8 hours of free, unstructured, and spontaneous play a week.

Spending more time in front of the TV and in piano lessons and less time playing in the backyard is changing kids' cognitive and emotional development. We know that children's capacity for self-regulation—their ability to control their emotions and behavior and to resist impulses—is much worse than it was 60 years ago. In one study, today's 5-year-olds had the self-regulation capability of a 3-year-old in the 1940s, and today's 7-year-old barely approached the level of a 5-year-old 60 years ago.

The benefits of play are great – more far-reaching than just helping kids learn to self-regulate. Child-led, unstructured play (with or without adults) leads to intellectual, physical, social, and emotional well-being. Unstructured play helps children learn how to work in groups, to share, to negotiate, to resolve conflicts, to regulate their emotions and behavior, and to speak-up for themselves.

And it turns out that sacrificing play to earlier academics and earlier sports does not necessarily lead to greater success, and might even hinder it. In one study, children attending academic preschools showed no advantage in reading or math achievement over kids who went to play-based preschools—but they did tend to have higher levels of test anxiety, were less creative, and they had more negative attitudes toward school than the kids in play-based preschool.

Three Things to Keep in Mind When Playing with Your Kids

The more complex imaginative play is, the better. Make sure that kids have enough time: a half hour is the minimum. Play that lasts several hours is better. Encourage kids to use symbolic props rather than prefab toys – sticks for fairy wands and boxes for cars or houses.

Older children can be encouraged to participate in drama classes and clubs. A note about privilege: Make no mistake—I know that it is a privilege for my kids to be able to walk home from school and "just play." They can do it because I have a lot of flexibility in my job and because we live in a really safe neighborhood with sidewalks. Most kids no longer live in neighborhoods where a 5 and a 7 year-old can just take the dog for a walk without an adult. Play is disappearing from our children's lives not just because we value it less in our no-child-left-behind efforts to help our kids excel at school, but because as a society we aren't doing enough to protect it as a possibility for all kids.

What are your thoughts about scheduling your kids? Are your kids over-scheduled? If so, why? If not, do you ever feel guilty that they aren't enrolled in more activities? What do you think a good balance is for your kids? 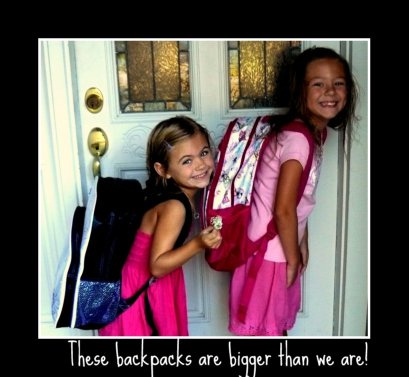 Dear Christine,
I clicked on the link to read the rest of your post, but got an error message on the website. I read your blog with great interest and appreciation. However, I was disappointed by your equation of taking piano lessons with watching TV. As someone who has done plenty of both, I can say that the first teaches problem-solving, active listening, manual dexterity, hand-eye coordination, etc. while the other encourages passive consumption and mindless time-wasting. Although they are both examples of something other than spontaneous and unstructured play, that’s where the similarity ends, it seems to me. Want to reconsider?
As I say, I appreciate your witty blend of science and personal stories about parenting. Thanks for the good work.
Best,

Sorry again about the bad post/broken links.
Camille, you make a good point: my intention was not to equate piano lessons with watching TV, but to point out that many kids are spending more time in front of a screen (like watching TV or on a computer)and in structured activities (like classes, sports, and lessons) than they used to. Because time is a zero sum game, this can have negative consequences. Some structured activities and even screen time are constructive, of course; my point was just that unstructured play time is ALSO important.
Thanks for your comment!

As a developmental psychologist myself, I can’t tell you how much I enjoy reading your blog.  I missed your posts this summer.  My girls are 7 and 10 and I make sure they have no activities at least 2 afternoons a week, but I do enroll them in activities that keep them active (dance, sports) and those that they really enjoy (acting, music).  We are lucky that there is a wonderful performing arts center that offers most of the activities they do after-school.  My kids don’t watch TV or use their electronics (computer, ds) during the week.  Friday is almost always a day for playdates and even sleepovers.  I also have a 2 year-old and right now he plays all day long! Thanks for a great job.  Looking forward to more posts.

Providing children with opportunities for structured and unstructured play is one of many best parenting behaviors and practices that could be taught to young people (kids) in an effort to prepare them for the most important job they’ll have as adults.
Parenting education for young people could be a tremendously powerful and proactive tool for combating child abuse, substance abuse, and other forms of violence.

I just read Last Child in the Woods by Richard Louv which dealt with a lot of the same issues here.  Play, especially outdoors and in connection with nature, is rapidly disappearing in society today because of overpacked schedules and parental fears.

One of the biggest reasons that kids are in the house is because they are doing homework. There is this idea that parents are overscheduling their children, but, in fact, schools are assigning more and more homework every year. It would be no problem to do a few extracurricular activities (i.e. piano, scouts, soccer) if you didn’t have to come home and do hours of homework.

I’m 100% with you, Christine.  My 3rd grader will only be doing soccer (1 evening of practice during the week, 1 Sunday game) this year, and we have no plans for anything else.  We are very fortunate to live in a condo building where there are 5 kids who are around after school and have far fewer structured activities in the summer than most kids do…these kids have the most wonderful time together in our front yard or down the street at the beach along Lake Michigan.  I am a firm believer in child-led play, especially in these days of more stressful, higher pressure school demands.  Kids need to be kids!

This post comes at the perfect time for our family, thank you. We are juggling 2 work schedules, school, and activities for the kids and to be frank I am stressed about how to get them to all their activities after school. These findings assure me that it is okay to leave a few “holes” in their schedule and therefore mine too!

How do I encourage my 3 1/2 year old daughter to play alone?  I don’t want it to come across as pushing her away or not wanting to play with her.  I was an only child for almost seven years and I remember playing alone much more than she does.
——-