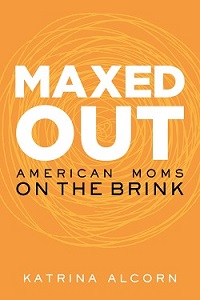 I just finished Katrina Alcorn’s gripping memoir, Maxed Out, about her nervous breakdown. Although it is an absorbing, can’t-put-it-down kind of a book, her breakdown—harrowing as it was—struck me as ordinary.

Ordinary in that her experience seems so common. Working parents are stressed. Women in particular are really suffering: They report record-high use of anti-depressants and anti-anxiety medication. By some reputable reports, nearly a quarter of American woman use a prescription medication for depression or anxiety. 1 (Men tend to self-medicate with alcohol and drugs, and report higher rates of addiction and alcohol.2)

Here’s how Katrina tells it:

I was a 37-year-old mother of three and somehow, my kids, my marriage, and my career were all thriving.

Then, one Saturday afternoon in the spring of 2009, while driving to Target to buy diapers, I broke down. Not my car. Me.

I pulled over to the side of the road, my hands shaking, barely able to breathe. I called my husband and sobbed, “I can’t do this anymore.”

Thus ended my career, and thus began a journey into crippling depression, anxiety, and insomnia; medication, meditation, and therapy. As I learned to heal my body and my mind, I searched for answers to one question: What the hell happened to me? 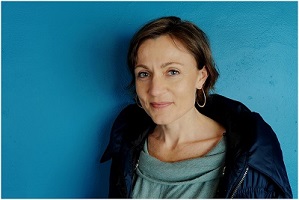 I first met Katrina at a woman-led tech firm (which was recently bought-up by Facebook). Ironically, I was there as a consultant working on a happiness app for the iPhone. Katrina was successfully leading a team of hipsters doing cutting edge work—and slowly but surely having a full-on nervous breakdown.

She ended up in bed for a year, crushed by burn-out so thorough and unexpected that her friends had to bring her family food and drive her kids to day care while she recovered.

As she recovered, Katrina had a realization that was shocking to her:

Working and raising kids pretty much sucks in America.

FACT: Only the United States lacks paid maternity-leave laws among the 30 industrialized democracies.

Most of us feel pretty lucky and very grateful to be Americans. Dysfunctional as it may sometimes be, our government remains the world’s oldest and arguably its most stable democracy. The majority of Americans experience material wealth and abundance unknown in many parts of the world. And those of us in California and many other parts of the country are blessed with natural beauty and national parks so stunning that they inspire awe and wonder in all but only the most hardened among us.

But our policies for working families are shameful.

It isn’t that working sucks—if we are lucky, like Katrina Alcorn, we love our work. Most parents want to do meaningful work outside of our homes. It’s just that our workplaces aren’t set up to allow us enough time to take care of ourselves (say, by getting enough sleep) and raise our children and work outside the home.

This Time Bind, artfully described by sociologist Arlie Hochschild in the 1990s in her book of that title, is a problem that we won’t solve by “leaning in” to our work (as Facebook CEO Sheryl Sandberg advises us to do in her book about the problems that plague women in the workforce today).

Despite the publicity around a recent study that supposedly shows that working less doesn’t make people happier—more on that next week—I believe that we are still grappling with Hochschild’s time bind, all these years and technological advances later.

But what are we to do if we are feeling MAXED OUT? The owner of Alcorn’s company, a mother of three herself, advised her to hire a “mother’s helper,” to assist with homework and dinnertime. Sandberg has a team of paid folks helping her with household and child-related tasks. But hiring more help isn’t a feasible, or even desirable, solution for most of us. Would working less make us happier?

Next week I’ll look more closely at some new research related to this question.