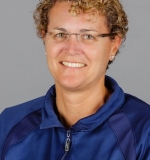 Teri McKeever is regarded as one of the best swimming mentors in the United States. In 2015, she led the University of California’s women’s swimming and diving team to win the national NCAA championship and won Coach of the Year. In 2012, McKeever was the head coach of the U.S. women’s team for the Summer Olympics in London.