Bill Clinton’s new book reads much like one of his political speeches: long, folksy, full of sentimental stories, but ultimately inspiring. “We all have the capacity to do great things,” he writes. 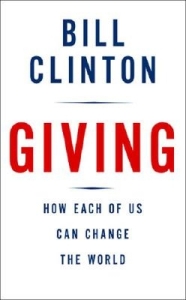 Although the book mostly focuses on individual efforts—ranging from superstars like Bono to an 85-year-old washer woman—it is most interesting when it takes a broader, more macroeconomic look at philanthropy. For example, Clinton reports there is an “explosion of citizen activism” because more people are living under stable governments where non-governmental organizations (NGOs) can work. At the same time, globalization and information technology allow us to witness the world’s problems more easily. These two forces do have their downsides: Though they have generated incredible wealth, they have also widened the chasm between rich and poor. But as globalization and information technology help attune more people to global problems, NGOs can provide a voluntary mechanism for redistributing at least some of this wealth.

Clinton is a politician, not a scientist or philosopher. He never explores the deeper questions of why giving is good for the giver, or how philanthropy might, in some cases, reinforce inequalities of wealth and power. But in Giving, Clinton does his best to bring people together in order to create a more just and equitable world.