Are you caught in a “Time Bind”—where you feel like you don’t have enough time to get your work done AND spend time with your children and spouse AND take care of your own basic needs?

Sociologists have been very excited about a “natural experiment” occurring in Korea. In 2004, the Korean government began mandating that businesses cut their workweek back, from six to five days. Researchers now have almost a decade of data about how these widespread changes have affected people’s satisfaction with their jobs and, importantly, with their lives. 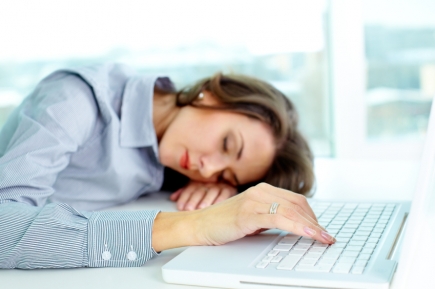 What is exciting about this situation is that it should improve our understanding of how number of hours worked per week affects job and life satisfaction. We already have research that shows pretty clearly that working long hours is correlated with work-family conflict and other forms of misery—but we don’t know whether working long hours causes unhappiness or whether, say, unhappy people disproportionately work for companies which require longer hours.

If I regularly worked one less day per week, I think I would definitely be happier with my job, my work hours, and with my life overall. Truly, I can’t think of any maxed-out mom, or even just any working parent, who doesn’t dream of someone mandating that they work less.

That’s why I was surprised by the results: The most recently published study on this topic seems to show that the Korean Five-Day Working Reform did not have “the expected positive effects on worker well-being.” Ten years and one less workday per week, people aren’t happier with their jobs or their lives overall.

Say what? Despite a dramatic correlation between working less overtime and feeling happier, researchers didn’t find that the government-mandated reduction in work hours made people happier on average when they controlled for things like income. Their theory about why: Employers didn’t reduce employee workload when they reduced their work hours. Workers actually only reduced their work time by four “official” hours per week, not eight. This means workers had four fewer hours in which to do their work; either they crammed it in by working more efficiently in fewer, longer days, or they kept working the same amount of time but did their work off the books.

All this is to say that the obvious solution to our Time Bind—a government mandate that we work less—is probably not coming soon to a workplace near you.

But I’m not saying that our government doesn’t need to help maxed-out parents.

The problems plaguing working parents aren’t our own individual problems. It isn’t that we feel “overwhelmed and overworked simply because [we’ve] individually taken on too much or done a bad job coping with [our] responsibilities,” as Sharon Lerner writes in The War on Moms.

Our collective exhaustion is sociological. Its roots come from the way our society and economy is structured. As Katrina Alcorn puts it in Maxed Out, “We lack the social and systemic supports that we need in order to realize our potential and share our talents with the world.”

At the same time, we set ourselves up for a lot of disappointment, not to mention feelings of victimization, when we hold fast to the belief that we need to change our institutions—our government, our workplaces, our marriages—before we can be happy in life and productive and successful at work. There are three important things we can do to prevent our own breakdowns.

Next week I will lay out three strategies for preventing burnout among working parents that will help you step away from the brink of breakdown.