I’ll never forget a holiday moment a few years ago, when I found myself in a negotiation with my younger daughter over her gift list. (Which, by the way, I don’t believe in. In theory, I’ve never wanted my kids to make lists of things they want for Christmas and Hanukkah. But we did “go see Santa” when they were younger, and they did prepare to ask him for a gift, so I’ve never really put my money where my mouth is.)

Anyway, my daughter was in the back of the car rattling off all the things she wanted for Christmas, excitedly, as though it were a done deal and she would soon be receiving everything she ever hoped for. And I was anxiously trying to do damage control: Santa only brings one toy (“Nah-ah, Mom, he brought Ella THREE last year!!”); Santa can’t bring live animals (she passionately wanted a live llama); if your grandparents get you Uggs instead of Payless knock-offs, you won’t get any other presents from them (economic logic lost on a seven-year-old).

I thought I was going to lose my mind. I’d been trying to create special holiday traditions that foster positive emotions like gratitude and altruism—traditions that would bring meaning, connection, and positive memories. And it all seemed to be falling on deaf ears. My children had wish-lists longer than they were tall.  Even my parents were fighting me on going to church Christmas Eve, because they thought it would cut into the gift exchange.

I know I’m not alone; nearly all of my coaching clients have expressed similar dismay. So if we don’t want our children to be whipped into a consumer frenzy, and we value other things, why does this happen, year after year?

One answer, of course, is that on some level our society has come to believe that our economy depends on a gift giving extravaganza, and that the holidays wouldn’t be fun without all the gifts. I’ve been reflecting on this, and on the other forces at work this time of year. Here’s why I think we want, want, want so much stuff come the holidays.

(1) We systematically confuse gratification, which is fleeting, with real joy or lasting happiness. It’s a complex concept for a seven-year-old (and sometimes, for a 37-year-old): We can feel gratified when we get something new—we might even get a hit of pleasure—but that gratification isn’t really the same thing as happiness.

Think of how gratitude feels—or compassion, inspiration, or awe. Think of how you feel when you are madly in love with your new baby, or amorous towards your longtime spouse. Those are deep positive emotions—and to me, they’re the positive emotions that are at the foundation of a happy life.

Gratification still feels good. It is central to our brain’s reward and motivation systems. But when we confuse it with actual happiness, we think that we can’t really be happy—or that our kids won’t be happy—without all the gifts and shopping.

(2) Our brains are hardwired to pursue rewards. Happiness is a reward. It’s not that we aren’t built to pursue happiness, because we are. But the key word here is pursue: Our brain’s built-in reward system motivates us toward all the carrots, large and small, that are dangling out there. We’ll pursue anything that seems like a reward, and our kids will, too. 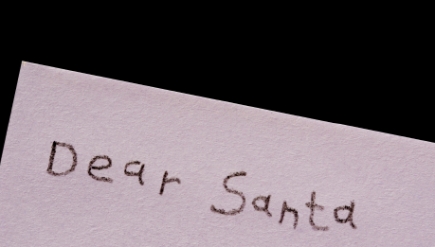 When our brain identifies a possible reward, it releases a powerful neurotransmitter called dopamine. That dopamine rush propels us toward the reward. Dopamine creates a very real desire for the carrot dangled in front of us.

It makes us more susceptible to other temptations as well, which is why when we decide that we want a cashmere sweater, that cookie over there suddenly looks pretty good, and so do those cute Pottery Barn dishes. High dopamine levels amplify the appeal of immediate gratification (which is why you suddenly can’t stop checking your email), and makes us less concerned about long-term consequences (like your credit card bill).

Unfortunately, our brain doesn’t distinguish between rewards that actually will make us happier and the things that won’t. Dopamine just motivates us to chase them all.

(3) All the carrots being dangled out there are dizzying. They don’t call it neuro-marketing for nothing—believe me, the advertisers know how to stimulate that dopamine rush in our children.

And how does a kid pursue a reward in December? They put it on their wish-list, then endlessly nag us until we break down and concede that, yes, sometimes Santa does bring more than one gift. Or that every night of Hanukkah can bring a “little something.”

So when our kids seem greedy or materialistic at this time of year, it doesn’t mean that we’ve failed to instill good values in them, or that they are spoiled and bratty. It means that they are human, and that they are under the siege of a marketing-induced dopamine rush.

This is hard, but I’ve seen that it’s possible: The other day, my older daughter was barely watching a distant TV in a Thai restaurant, and she said, “Wow, I know that commercial was meant to make me want those pants, and it WORKED. I really want those pants. I feel like I might be happier if I had THOSE PANTS.” She still wanted the pants, of course, but at least she was gaining some insight into her desire. She couldn’t prevent the dopamine rush, but she could react to it.

Finally, by creating meaningful traditions, we can teach our kids what truly will bring them lasting happiness during the holidays—like starting a gratitude tradition or helping others. Those are the things that they really will remember.

What strategies have worked for you in reducing the “gimmies” at this time of year?